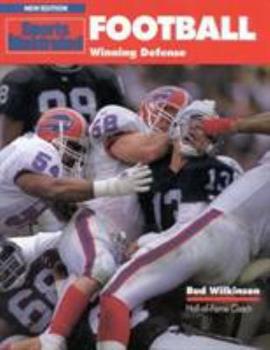 Defense is what wins football games, and this book is perfectly suited to today's player, coach and fan.

A bit quaint, but good

Published by Thriftbooks.com User , 15 years ago
For all the talk about Xs and Os in today's football, there isn't that much mention of technique. Coach Wilkinson's book acts as a corrective. Linebackers are instructed to take thier first step backwards, tacklers are asked to aim for the belt buckle, and pass rushers can choose between The Swim, The Cross Cut and The Wide Loop. Not that the book is only about technique. There's discussion of the 3-4 and the 4-3, overs and unders, the four-deep secondary, and so on. You don't however, here anything about zone blitzes or the Cover-2. To some extent, this isn't intended to be that type of book, but it's also a bit dated. Throughout, defensive tackles are called guards, and defensive ends are called tackles. On a couple of diagrams, cornerbacks are referred to as halfbacks. There's something quaint about this book, but I suspect some NFL players could learn a few things from it.
Copyright © 2022 Thriftbooks.com Terms of Use | Privacy Policy | Do Not Sell My Personal Information | Accessibility Statement
ThriftBooks® and the ThriftBooks® logo are registered trademarks of Thrift Books Global, LLC