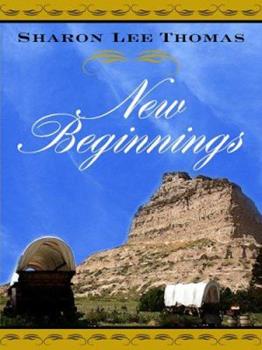 In 1847, Marjory Turner struggles with the difficult journey west to the Oregon Territory. On the cusp of womanhood, she is ill-equipped to deal with the hardships of her father's death and her mother's mysteriously irrational behaviour.

Published by Thriftbooks.com User , 16 years ago
In 1847 on the trail to the Oregon Territory, Marjory Turner has no time to mourn the death of her beloved father. The wagon-master informs her mother that the Turner family will be dropped off at Fort Bridger, Wyoming Territory as no one has the time to help them in the long run to continue westward. There they will join a party heading east. Marjory is upset as that will destroy her father's dream, but has no say in the matter. As her estranged mother's behavior turns bizarre, Marjory takes over caring for her younger three siblings, the oldest being only eight years old. The wagon-master assigns Walter Wilkins to temporarily assist the Turner family. He and Marjory are attracted to one another, but her concerns are for her brothers and sister because now their mom has died too. NEW BEGINNINGS is a fine Americana character study that brings to life the trials and tribulations of those struggling westward on the Oregon Trail. The story line focuses on the coming of age of Marjory expedited by the death of her father and the peculiar behavior of her mother (before her death). Marjory's observations of those in her circle changes as she grows into her new role of nurturer. This is a fine tale that brings fans along for the harrowing trek to Oregon. Harriet Klausner
Trustpilot
Copyright © 2022 Thriftbooks.com Terms of Use | Privacy Policy | Do Not Sell or Share My Personal Information | Accessibility Statement
ThriftBooks® and the ThriftBooks® logo are registered trademarks of Thrift Books Global, LLC