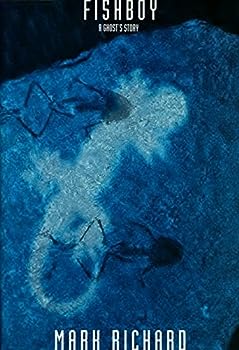 In the brilliant idiom of a modern Melville or Conrad, an odyssey of discovery by a bold and outrageous talent--the PEN/Hemingway Award--winning author of The Ice At The Bottom Of The World . This description may be from another edition of this product.

Published by Thriftbooks.com User , 16 years ago
I purchased this book at a used book sale, and had it on my nightstand for two years before I picked it up. When I finally read it, I fell in love with it. I passed it on to my boyfriend -- who's no big fan of fiction -- and he read it, then read it again immediately. I have since purchased probably ten copies of the book. I have a first edition, a signed first edition, a reading copy, and the rest have been purchased for gifts. I am an avid reader, but I'm pretty certain I've bought more copies of this book than any other book. It's a very different kind of book, but I'd recommend it to just about anyone. Anyone who's up for an adventure of a book. "You's all mine, Fishboy."

If you like Neil Gaiman, if you liked Riddley Walker ...

Published by Thriftbooks.com User , 19 years ago
This book catches you from the first sentence/ paragraph and doesn't let go. All rules are off in this book from grammar to linear plot. This is not at all irritating. It's refreshing that Richard assumes that the reader is clever enough to keep up. This is easily one of the best books I've read in years. It has been 3-4 years since I last read it, but I still have lucid memories of passages. Too bad Richard doesn't publish more.

Published by Thriftbooks.com User , 20 years ago
The above advice is given to our humble narrator, Fishboy, from the mouth of a 'rumored cook' on board a ship at sea. Fishboy has seen the cook's predecessor cleaved in two with an axe by a sailor who was angry about the food he and his shipmates had been served. Fishboy decides that he most likely doesn't want to become a cook.Author Mark Richard has definitely stirred the literary soup in FISHBOY, his debut novel. There's a quote on the back cover from a review in ESQUIRE: "An eloquent fever dream, a tale told headlong in the language of incantation" -- and that 'fever dream' description fits this work to a 't'.As I read my way through this ghost story, a fable replete with inner fables, I felt like I had been dunked into a boiling pot of Herman Melville and William S. Burroughs, illustrated by S. Clay Wilson (those of you who remember his 'perverted pirates' underground comix of the 60s will cringe at this reference), with the film directed by David Lynch. Richard's story bubbles and seethes -- he evidently relishes giving the reader the feeling of being unstuck in both time and place, for there are characters and images in this novel that are plucked from sundry eras and locations, stirred up into an intelligent, interesting, albeit not always appetizing stew. This is a world turned topsy-turvy, reflecting 'reality' like a cracked mirror.Richard's metaphors are sometimes staggeringly beautiful and captivating -- the sea turned to shorebound landscape with mountains of waves, the land turned to ocean by the rolling tide of subterranean upheavals. Consider this short sample from p.163: 'A loose timber from the sun's sunken wreckage floated up and was dawn on the water. In its cool red light you could see how the waters around us were disturbed from beneath. Globes of old air rose to the surface and shattered, spritzing blooms of kicked-up mud. Mobs of waves rushed crowded swells, slapping faces and knocking caps off to the wind.' Whew.The narrator of the story -- we know him only as Fishboy -- starts his tale by telling us (from p.1): 'I began as a boy, as a human-being boy, a boy who fled to sea, a boy with a whistling lisp and the silken-tipped fingers of another class. A boy with put-away memories of bedclothes bound tight about the head, knocked by a hammering fist; the smell of cigar and show leather and the weighted burlap bag, thrown from a car into a side-road swamp.' The odyssey he undertakes is a fantastic, circular one -- and he views it with an extremely limited perspective, realting the events that occur with both sheltered naivitee and blinding insight.The novel is sub-titled 'a ghost story' -- and that it is, although it is unlike any ghost story you are likely to have come across. Richard has imbued this work with a 'graspable' surreality -- and I'm not sure if it's the reader or the story who is doing the grasping. This is an unusual, highly unsettling read.

A trip worth taking

Published by Thriftbooks.com User , 21 years ago
This book serves as a parable and fable. It is a strange world which Fishboy lives in, and the beautiful way the book is written will no doubt lead to strange dreams, as it did with me.

Published by Thriftbooks.com User , 21 years ago
This book was recomended to me by a friend.It made such an impression on me that when I recall chapters from the book it's as if I'm remembering an old familiar dream in washed out cepiatone colors.To me, this book reads like David Lynch's film Eraserhead.Dark, beautiful, ugliness!Brilliant!
Trustpilot
Copyright © 2022 Thriftbooks.com Terms of Use | Privacy Policy | Do Not Sell My Personal Information | Cookie Preferences | Accessibility Statement
ThriftBooks® and the ThriftBooks® logo are registered trademarks of Thrift Books Global, LLC