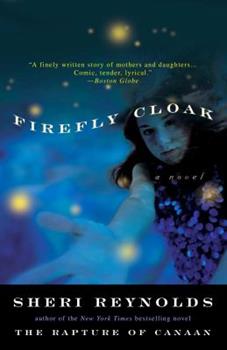 From the author of the #1 New York Times bestseller The Rapture of Canaan comes the haunting story of a young girl's journey to find the mother who abandoned her, set against the backdrop of the Deep South, with all its quirkiness and charm.

Published by Thriftbooks.com User , 14 years ago
"The night before she lost her momma, Tessa Lee..." This book has an opening line that is going to stick in my head forever. I read the first few pages over and over again and it's a powerful opening line. It gets sadder from there. Tessa Lee's momma doesn't die like I thought. Her momma abandons her and her baby brother in a campground, with Tessa Lee's grandma's number written on the diaper of her baby brother. Fast forward a few years into the future. It gets sadder. Tessa Lee's grandfather and little brother have just died, and she's left alone with her grandmother. Tessa Lee finds her momma, and finds that her momma's a cheap prostitute and a drug addict. And then when Tessa Lee meets her momma for the first time, her momma freaks out, runs away. Tessa Lee lost her momma again. I really like sad books. I really liked this book. And, it got much, much sadder. But, the beauty of this book is in the rays of hope that shine through the sadness. It's like how I imagine mining for precious minerals would be. You sift through a bunch of dirt and muck, and finally see some stuff that is cool and wonderful and that you'll have with you for the rest of your life. The whole process, even though muck-filled, is entertaining and addicting. I really liked a story about a minister who was a good person that made one of the characters realize, "Contrary to everything she'd suspected, all Christians weren't a--holes after all." And, I've always felt awkward, and I'm fine with that, but I want to be able to fit in, too. One character's thoughts express this concept well, "She wasn't sure if she wanted to blend in or not. She wanted to be able to blend in, but then she still wanted the option of standing out." The ending is also a pearl-- really super cool, very spectacular, and yet very plain.

Published by Thriftbooks.com User , 15 years ago
Ms. Reynolds does not disappoint with this new novel. Having read her previous works, I was happy to see another book to add to her list of successes! The characters are so life-like. You can feel the pain of Tessa Lee and the anguish and heartache that is part of her daily life. Her grandmother, Lil, is another strong person, one who believes strongly in God and takes on daily challenges with strength and love. Shelia; poor, sad, white-trash, confused Shelia, is another great character. Don't miss this book. It is a quick, easy read. You will root for Tessa Lee and marvel at the silent courage she has that helps her deal with her life. This is a great book for you to read and to tell ALL of your friends about. Don't miss it!!!!!!!!!!!!!!!!

Published by Thriftbooks.com User , 16 years ago
I love a book that you blaze through in one day and weep when it's over. Both because it's poignant, beautiful and true, and because the writing humbles you with its exquisiteness. Firefly Cloak by Sheri Reynolds is such a book. Along with the Oprah hit Rapture of Canaan, Ms. Reynolds' excellent backlist includes the novels Bitterroot Landing and A Gracious Plenty. This latest offering shines amidst such quality work, and is sure to more than satisfy her longtime readers. If you haven't sampled this author's work before, prepare yourself for a gorgeous, unforgettable read. You won't be disappointed.

Published by Thriftbooks.com User , 16 years ago
Seven years ago in Alabama addict Sheila left behind her two sleeping preadolescent children at a campground to run off with her latest loser. When the older of the two youngsters, eight-year-old Tessa Lee awakens, she finds her toddler brother Travis roaming by himself with a telephone phone number marked by a magic marker on his back and a colorful cloak adorned with fireflies wrapped around him. Several years later, fifteen years old Tessa Lee has lived with her maternal grandparents especially grandma Lil since the desertion incident, but Travis has since died. When Tessa Lee learns that her mother works as a mermaid at a Massachusetts boardwalk museum she decides to confront her mom expecting a valid reason for her leaving her two children behind. Tessa Lee runs to Massachusetts, but the woman she used to call mom, is not the same; instead Sheila is a broken addict and offers little in the way of explanation. Will the child leave the mother this time as the grandmother worries she will fail for the third time as she believes she has with Sheila and Travis. This is an insightful family drama that targets highs school students and their parents with a deep tale. The story line does not hold back when it comes to the three key women especially the harmful behavior of Sheila (to herself as much as her children); the desperate obsession to know why by Tessa Lee who feels guilt over her sibling's death; and Lil who takes responsibility for failing Shelia. The interrelationships that include the negative make for an insightful character study. Harriet Klausner
Trustpilot
Copyright © 2022 Thriftbooks.com Terms of Use | Privacy Policy | Do Not Sell My Personal Information | Accessibility Statement
ThriftBooks® and the ThriftBooks® logo are registered trademarks of Thrift Books Global, LLC