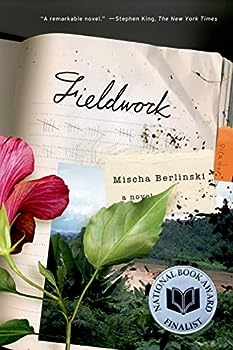 When his girlfriend takes a job in Thailand, Mischa Berlinski goes along for the ride, planning to enjoy himself and work as little as possible. But one evening a fellow expatriate tips him off to a... This description may be from another edition of this product.

A Passionate Historical Novel of Anthropoligists and Christians in Thailand

Published by Thriftbooks.com User , 14 years ago
A lot of hard work and research went into this excellent work of historical fiction. It is fiction, as the author reminds us at the end of the book and yet, the characters are so excellently described and brilliant that you could swear that this is a biography. The main character is a dedicated, unselfish, female anthropologist doing work with a tribe of Chinese/Thais in Northern Thailand. We find out early on that she may be involved in a murder and the author painstakingly researches her life and work through interviews with her friends, boyfriends, teachers, the Thai people she is working with and finally, with a family of Christian missionaries who have been involved in missionary work in China since the 30's. The observations about differences in cultures and what it takes for an anthropologist to leave behind pre-conceived notions of God, sprirituality, morality and what makes the world tick, and then enter into a world so different and yet spiritual and religious in its own way, is the real eye opener of the book. The dedicated anthropologists who do this fieldwork have an experience vastly different and scary compared to say a chemist or physicist doing experiments in a lab somewhere here in the US. We also get a good dose of what the Christian missionaries are trying to do and how their work can sometimes seem somewhat arrogant and un-needed. And yet, to some of the converts, leaving their old belief system and joining a much simpler belief system like "The Good News" of Christianity, can be liberating. But once our main character has virtually become a member of this Thai tribe and falls for one of the male members, she is devastated as some of them convert to Christianity. The story is very well told and I walked away with a better understanding that this is a huge and complicated world with many interesting belief systems. I think Mischa Berlinski is here to stay. (Mischa, maybe you should come up with a more marketable name.) Five Stars and, like Stephen King, I highly recommend that you read it.

Why I still read fiction

Published by Thriftbooks.com User , 15 years ago
Ten stars. Best book I have read in ages. The author's prose style is impeccable and transparent, and he tells an interesting story in a manner fair to all the overlapping and colliding worlds he describes (missionaries, anthropologists, hill tribes, Thais, and his own generation's Western wanderers in the East). This is worth a million grad school MFA seminar meanderings. Terrific reading; hope he writes another book soon and many, many more in the future.

What a refreshing change

Published by Thriftbooks.com User , 15 years ago
I, too, picked this after reading about King's recommendation, and couldn't agree more with him. This book not only has a intriguing story, but really terrific prose. It's such a change from the bore/gore writing of former lawyers and crime plot pushers. The descriptions of both the beauty of Thailand and characters of academia really make the read a pleasure throughout. This author can say more in fewer words than any modern writer I've ever read. One relishes every chapter and, I, can't wait for the next book. This certainly proves that one needn't lace his work with four-letter words to make it contemporary. . . Reading this book is a joyous experience!

Published by Thriftbooks.com User , 15 years ago
This is not the best book I've ever read (I'd actually give it four and a half stars if that was an option), but I really liked it alot, and for a first novel it's great. It's completely different than anything I've ever read before, and it kept me interested throughout. While the passages about the admittedly "weird" Dyalo are intriguing, I thought the best part was the insite into what causes someone to give up their life to live among strangers for years at a time, all in the name of research. If you're looking for something different and unpredictable, this is highly recommended.

Published by Thriftbooks.com User , 15 years ago
Well-researched and excellently paced novel. I was fascinated by the level of detail and found the non-judgmental tone of the author refreshing. The novel ended up being an anthropological study of 3 separate tribes--the fictional Dyalo (who appear to be based on the Lisu tribe the novelist studied extensively--look on [...]), American Protestant missionaries, and the curious tribe that lives in figurative ivory towers who spend their lives studying other tribes. The author seems to suggest that the universal tragedy that serves as the basis for the murder mystery aspect of the novel is the result not merely a simplistic clash between East and West, but one that can happen to any peoples who do not share the same world view or to anyone in any culture subject to common human emotions. Terrific read, and highly recommended. I look forward to Mr. Berlinksi's future literary output--maybe something set in Italy, or perhaps involving Haitian voodoo cults?
Trustpilot
Copyright © 2022 Thriftbooks.com Terms of Use | Privacy Policy | Do Not Sell My Personal Information | Accessibility Statement
ThriftBooks® and the ThriftBooks® logo are registered trademarks of Thrift Books Global, LLC