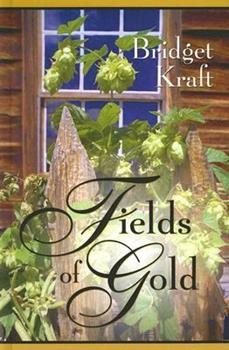 Planning revenge against the swindler who ruined his father, Kellen O'Roarke is on the verge of success. All he needs is Guin Talbot's farm. However, Guin has her own pain to confront and what can... This description may be from another edition of this product.

Published by Thriftbooks.com User , 16 years ago
In 1882 Spring Valley just north of San Francisco, Kellen O'Roarke has sold most of the townsfolk on his opening a hot springs spa nearby. However, farmer Guin Talbot balks at the idea. Without her land for egress, his venture would be in trouble. Guin grieves the recent loss of her parents and though she holds out from the pressure of the townsfolk and Kellen who has doubts that she can run the family farm. To her chagrin, she also finds herself falling in love with the smooth talking Kellen. He feels the same attraction though he prefers not to as he has no time for love. Kellen sees the sap as the culmination in a plan he has dreamed of since childhood to avenge wealthy Jonathan Clark for conning his father leading to his dad's suicide and his family becoming impoverished. This is a terrific late nineteenth century romance that provides the audience with a vivid wonderful look at rural Northern California during a boom period. The story line contains a fabulous conflict between the lead couple as he needs her land to finalize his vengeance while she feels she would betray the memories of her parents if she sold though she knows eventually she will probably have no choice. Though the ending is too simplistic of a solution because if that was possible it should have happened earlier, fans will enjoy this strong romantic historical because the lead couple has doubts about love especially with the other. Harriet Klausner
Copyright © 2022 Thriftbooks.com Terms of Use | Privacy Policy | Do Not Sell My Personal Information | Accessibility Statement
ThriftBooks® and the ThriftBooks® logo are registered trademarks of Thrift Books Global, LLC