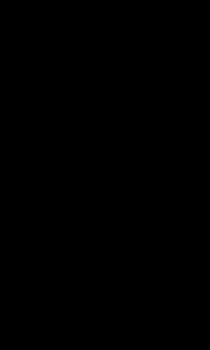 This description may be from another edition of this product. DEA agent Rodrigo Ramirez is sent undercover to Gloryanne Barnes's stepbrother's farm in Jacobsville, Texas, where he's looking to bust a new and vicious drug cartel. Gloryanne is smart, savvy and ?...

Published by Thriftbooks.com User , 13 years ago
Awesome book, Diana hit the spot again with the Jacobsville family. The characters and plot always make you feel like you live in the town and you are just watching the story unfold while sitting under a tree.

Published by Thriftbooks.com User , 13 years ago
I loved this book and the story kept me glued to the pages. It's typical Diana Palmer with her alpha-bad-boy hero but in this book the heroine gave back as good as she got! I don't understand the bad reviews on this book, really. I will buy her future books a well. Well done!

Fear in a factor.

Published by Thriftbooks.com User , 13 years ago
Rodrigo Ramirez is sent to undercover as a manager of a truck farm, he is really a drug enforcement agency. Then Glory was sent to the same truck farm, as a canning worker, to hide out from a mob hit man. Glory has heart problems, and high blood pressure. Glory falls in lust with Rodrigo, and he fell into bed with her. After having sex twice, and getting married, Rodrigo decides Glory isn't good enough for him. He is really afraid of being in a relationship with someone less educated then he is. Ms Palmer having gone to college now has most of her alpha males caught up in having a well educated woman. With out a college education the young women aren't good enough to be anything but sex toys. Well Rodrigo finds that not only has Glory have a college education, but she is an assistant district attorney. He feels small, because Glory came to him to tell him she was carrying his child, when he confronted her with another woman. Not once did Ms Palmer mention the bigoted notion of a college educated. person being better than then someone with out a college education. But Glory forgives him and they live happily ever after.

Published by Thriftbooks.com User , 13 years ago
Finally, a great book by Diana Palmer. The last few have not been up to her standard. This was enjoyable from start to finish. I have enjoyed the character of Rodrigo in so many other stories, it was wonderful for him to finally find his own true love. Now if we could only get the story of Tony the Dancer!?

Published by Thriftbooks.com User , 13 years ago
In San Antonio anyone looking at pint sized Gloryanne Barnes would not connect her to being a tough district attorney, but she is. Besides being small, Glory is handicapped by a bad hip, broken twice as a child by her volatile mother Beverly who got off the child abuse hook due to her affair with wealthy Myron Pendleton; his lawyers persuaded the jury that Gloryanne's father harmed her and he went to jail in spite of his daughter's crying testimony otherwise. When drug czar Fuentes is sent to jail by her testimony, he arranges for a hit to silence the only witness. His assassin almost succeeds, but the bullet misses her ear by a fraction. To keep her safe, Glory is exiled to work undercover at a small organic farm as a canner. Manager Rodrigo Ramirez wonders why she is working here when she cannot get around; she also ponders about her employer who seems to be out of place on the farm. Attracted to one another although neither will admit it, as danger mounts, they need to trust one another; something neither is used to doing. FEARLESS is a fascinating romantic suspense starring a likable heroine and a reticent hunk willing to risk his life keeping her safe. The story line starts a bit slow as Diana Palmer introduces Glory's inglorious past to the audience, but once it accelerates the story lien never brakes until the final denouement that the heroine is no longer on the market. Fans will enjoy this solid Texas thriller. Harriet Klausner
Copyright © 2020 Thriftbooks.com Terms of Use | Privacy Policy | Do Not Sell My Personal Information | Accessibility Statement
ThriftBooks® and the ThriftBooks® logo are registered trademarks of Thrift Books Global, LLC