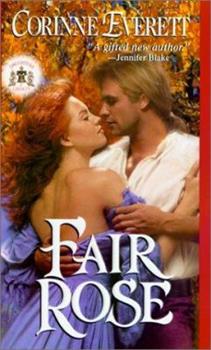 (Book #2 in the Daughters of Liberty Series)

A LOVE WITHOUT THORNS Proud and headstrong, Lady Rose Fairchild refused to be married off in order to settle her family's debts. Having fled to the wilds of America, she's determined to take over her... This description may be from another edition of this product.

Published by Thriftbooks.com User , 20 years ago
This book takes place about 10 years after LOVING LILY. Lily's younger brother Peter wants to purchase a neighboring farm from an Earl who left America with his family shortly before the war. The Earl agrees to sell the land to Peter, but dies before the sale is completed.Rose, the Earl's daughter, is being forced by her mother to marry an old man to pay off the family's debts. Instead, Rose sneaks off to America thinking if she can run the farm and earn a profit she can support her family and won't have to marry.Rose is determined to work the land that Peter believes should be his. Peter helps Rose with her planting because he believes the land will be his when Rose grows tired of the work and goes back to England. Even as Rose and Peter fall in love Peter has trouble trusting her because of what another English woman did to him during the war.When Peter realizes he does trust Rose, she's gone. Peter, who's been trying to get Rose to leave, now has to decide whether to go after her.This was really a wonderful book. Rose is strong and admirable. She went after what she wanted - to live in America and work the land. Peter starts the book untrusting and bitter, but he comes through for Rose when it's needed.
Trustpilot
Copyright © 2022 Thriftbooks.com Terms of Use | Privacy Policy | Do Not Sell My Personal Information | Accessibility Statement
ThriftBooks® and the ThriftBooks® logo are registered trademarks of Thrift Books Global, LLC