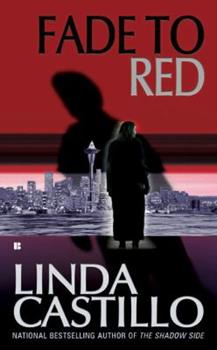 When Lindsey Metcalf's younger sister Traci disappears, Lindsey enlists the help of Michael Striker, a cop who plays by his own rules. But nothing about this case is as it appears--and soon Lindsey and Michael are drawn into a seductive and inescapable trap.

Published by Thriftbooks.com User , 5 years ago
I was introduced to Linda Castillo's works with the series on Kate Burkholder the ex-Amish now sheriff in the community where she had grown up. Those books were excellent, however, this one did not rise to the level of the stories of the sheriff. It was okay and somewhat edge of the seat in parts, however, it was a story i could lay down and come back to without wondering what was happening next in mind.

A fine hardboiled mystery written by a woman

Published by Thriftbooks.com User , 17 years ago
At the risk of sounding sexist, I have found many mysteries written by women to be involving, but more romantically melodramatic than hardboiled (by the same token, some male authors tend to be hardboiled without any balancing emotionalism). This book, the first I've read by this author, hits a near-perfect balance between hard-edged and sensitive situations. I enjoyed it very much, enough so that I shall seek out the author's other mysteries.

Published by Thriftbooks.com User , 17 years ago
Even though she and her sister, Traci, have drifted apart somewhat, Lindsey Metcalf is protective of her; and when Traci vanishes, Lindsey is determined to find her. Unfortunately, Traci has led a shadow life, hidden from her family, but one the police know all about. That makes her disappearance more a convenience than anything else. Her only hope is a former cop with little to lose. Michael Striker has two weeks of freedom before he faces a likely jail sentence for assault. Helping Lindsey might not be the best way to spend that time, but it's the right thing to do, so he does it. Diving into Traci's world is full of unpleasant surprises Lindsey didn't want to find, but she finds something more than that; love with Michael. Yet, how can she hope to have a happily ever after if the man she loves is in jail, or she's dead?*** With the ultimate good/bad boy hero and a tense, edgy plot you will be glued to the page of this thriller. Linda Castillo is emerging as a guaranteed winner for romantic suspense. ***Amanda

Published by Thriftbooks.com User , 17 years ago
i love this book - the characters, plot, etc.... one thing bothered me though. the word "jolted" must have been in there a hundred times. other than that, the book was great. keep it up linda, just want the redundant words or phrases.

Published by Thriftbooks.com User , 17 years ago
The voice message from her sister Traci sounded like she was frightened, something her younger sibling never is. Return calls only get Traci's answering machine. Desperate to learn what happened to Traci, Lindsey Metcalf flies from Columbus to Seattle, but Traci has vanished. The cops feel that Traci skipped town to avoid jail time on a drug charge. Since there is evidence that Traci was seeing former cop Michael Striker, Lindsey visits him. However, he blows her away telling her to go home. Michael has his own problems as he faces ten years in prison for assaulting the suspect who murdered his partner.A friend on the force informs Michael that someone broke into Traci's home and attacked Lindsey. Unable to stay on the sidelines, he comes over to see if the Midwesterner is okay and offers to search for Traci though he believes the latter is dead. Lindsey soon learns the truth about her sister's dangerous life in the sexual underground while falling in love with her champion who reciprocates, but knows his prison time insures nothing can happen between them.This is an exciting private investigative romance with a major touch of amateur sleuth to get the tale off the ground. The story line is action packed and never lets up from the moment Lindsey arrives in Seattle. Though the epilogue following the climax is too simplistic, readers will take immense delight with the lead couple as they tour the shadiest part of the city. Fans will demand a Buckeye romance starring Lindsey's bossy spicy business partner Carissa soonest.Harriet Klausner
Copyright © 2020 Thriftbooks.com Terms of Use | Privacy Policy | Do Not Sell My Personal Information | Accessibility Statement
ThriftBooks® and the ThriftBooks® logo are registered trademarks of Thrift Books Global, LLC