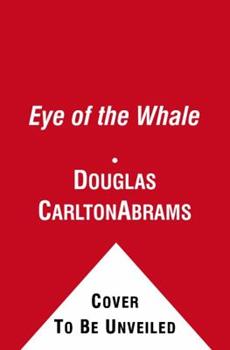 Eye of the Whale

Filled with "breathtaking scenes" and "vivid" ( Publishers Weekly ) imagery, national bestselling author Douglas Carlton Abrams's riveting ecological thriller blends shockingly true facts with a powerful narrative that pulls readers into a dangerous race through a majestic and mysterious world. Dedicated scientist Elizabeth McKay has spent almost a decade cracking the code of humpback whale communication. Their song, the most complex in nature, may...

Published by Thriftbooks.com User , 11 years ago
Abram's book, The Eye of the Whale is a magnificent page-turner. I was right there, rolling on the waves of the ocean drawn from one thrilling episode to the next. For those who are awed by the majesty of the sea, who feel a sense of responsibility to protect the earth's fragile web of life, and those with a deep appreciation of well crafted literature, it's a must read. His book offers a courageous look at one of the biggest challenges of our time. Well done! Linda Bloom, co-author of Secrets of Great Marriages and 101 Things I Wish I Knew When I Got Married.

I stayed up too late reading this

Published by Thriftbooks.com User , 12 years ago
I could not go to sleep until I learned what happened to the whale and to Elizabeth, and it was worth the lost sleep. Eye of the Whale is terrific, dramatic, timely, scientifically accurate, and an important novel. It's about a whale who is stranded, but it's also about our oceans, our health, our children, the whaling industry and more. Read the acknowledgments and learn how the science behind the writing is spot on, informed by experts in the fields of whaling, oceans, toxins, etc. Amazing how Abrams got so much science into a great story, and how I - an English major and science phobe - enjoyed reading it.

A Beautiful and Thrilling Read

Published by Thriftbooks.com User , 12 years ago
I wasn't prepared for a story so moving when I first picked up EYE OF THE WHALE: A NOVEL by Douglas Carlton Abrams. The premise of the book sounded good and I had a feeling that it would be interesting, but I certainly wasn't expecting something that would invade my dreams and keep me up at night! EYE OF THE WHALE was a great story about humans and our interaction with the world we live in. I would recommend it to anyone looking for a book that will really engage you and make you think. Elizabeth is our main heroine in EYE OF THE WHALE. She is a marine biologist and spends a good deal of her time studying humpback whales and more specifically their songs in relation to their behavior. In fact, she spends so much time with her beloved whales that her marriage is falling apart. Desperately wanting to keep her husband Frank by her side, she tries to find a way stay active in both her marriage and her research. When she suddenly discovers that the whale song is changing however, she finds herself drawn down into a mystery that could involve not only the survival of the whales, but also of the human race. I thought EYE OF THE WHALE was unique and captivating. Throughout the story we follow Elizabeth, Frank, other whale researchers, whalers, and even a Japanese corporation looking to promote whaling and liven up the whale market. While Abrams does write the story with a "save the whales" attitude, it also seemed like he gave us a fairly authentic look into the lives and reasoning behind those who hunt whales. I think that creating a book that was not entirely one-sided in its detail actually encouraged the story to grow and made it more realistic. One of the main things that had me hooked on EYE OF THE WHALE was how Abrams brought the whales to life. There are sections of the book where we actually become the whales and see the world through their eyes. While the story didn't necessarily incorporate the element of magic, I think that becoming one with the whales and taking a peek into their minds did add that magical touch to the book. It allowed the reader to view things not only from the human side, but also from under the water where the world is completely different. EYE OF THE WHALE is a wonderfully complex and deep tale. I've discovered that often, when a story becomes this involved, the character development might suffer. In my opinion that is not the case here. Each character was wonderfully developed, creating additional depth in the story and rounding it out nicely. Outside of the main plot, we get to learn each main character's hopes and dreams, the motivation behind their actions, and what has helped to shape them into the person that they are. Great characters really help to make a book real and keep me engaged; Abrams aced this. Lastly, for me, the mark of a truly great author is the ability to draw an emotion out of me simply with some words set on a piece of paper. There were times when the tension in the book had me on the edge of

Eye of the Whale

Published by Thriftbooks.com User , 12 years ago
Elizabeth McKay is a Marine Biologist who is working on completing her PHD with a thesis of deciphering humpback whale communication. These whales' song, the most complex in nature, may in fact reveal secrets about the animal world that no one could have imagined. When a humpback whale makes its way up the Sacramento River with an unprecedented song, it is up to Elizabeth to save the whale - but little did she know the price of her endeavor. For as the story of the whale starts capturing the media's attention - it also lands her in danger from forces that do not want the whale's secrets revealed - that not only threaten her career and marriage - but her life. Mr. Abrams has really done his homework on this one. I was captivated by this eco-thriller right from the start. Not only are the environmental issues mentioned in the story real - but there is just so much useful information within its pages - that I actually found it to be an educational tool. It really makes you think about our environment and makes you ponder what more can be done to protect our planet and everything in it. I liked Elizabeth a lot - she was such a great heroine. And I just couldn't help falling in love with the whale as well. There was action that had me on the edge of my seat. This is great for anyone who likes reading about the environment and the issues that our ecosystem faces. This is one that will definitely stay with you long after you are done with it.

Published by Thriftbooks.com User , 12 years ago
Scientist Elizabeth McKay's basic hypothesis is that if we can understand the complicated songs of the humpback whales, we will geometrically improve our comprehension of the animal kingdom. Her Research turns into an obsession that devastates her marriage and costs her friends who believe she breathes solely to prove her theory. However, she finds her on site work disturbed by whaling interests. Business and fishing interests push to hunt whales and begin a marketing campaign to turn the watery mammal's whale meat into an acceptable delicacy. When a humpback becomes endangered by swimming up the Sacramento River, McKay notices the song changed making her wonder what's going on; dramatically she concludes the whales are mourning the loss of clean oceans as human pollution has led to birth defects. This action-packed eco-thriller contains an intriguing premise in which the whales warn humans through their songs that the oceans needed for life to thrive are dying. However, the cautionary warning at times is like a tsunami overwhelming its own message. Still overall this is a fun tale that pays homage to the movie Star trek IV although only Elizabeth and the whale in the Sacramento River are fully developed. Fans will enjoy Douglas Carlton Abrams' entertaining EYE OF THE WHALE as the humpbacks alert the human scientist that the end of days is upon us as they sing their version of Marvin Gaye's still fresh and even more relevant Mercy, Mercy Me The Ecology Song. Harriet Klausner
Copyright © 2022 Thriftbooks.com Terms of Use | Privacy Policy | Do Not Sell My Personal Information | Accessibility Statement
ThriftBooks® and the ThriftBooks® logo are registered trademarks of Thrift Books Global, LLC