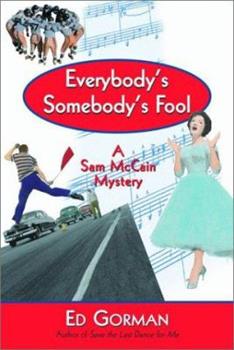 (Book #5 in the Sam McCain Series)

It's Christmastime 1960 in Black River Falls, Iowa, but with an Indian summer keeping the temperature at 75 degrees, it sure doesn't feel like winter. It's so warm, in fact, that the Lucky Star Drive-In is still open, and Rick Conroy is still drag-racing the nights away with his friends on a deadly stretch of highway outside of town. When Rick slams fatally into a bridge at 90 miles an hour, holiday cheer veers toward foul play, for the police find...

You'd be a fool not to read this

Published by Thriftbooks.com User , 13 years ago
OK, maybe it's because I was a teenager during the late 50s, early 60s that I like the Sam McCain series so much, because each McCain novel is such a peachy trip down memory lane. But, really, it is a lot more than that: McCain is an excellent writer, a wordsmith, even. His writing is sparse, sensitive and muscular, with the occasional nail-on-the-head metaphor. The small-town characters are all quite colorful, but very believable. Most important of all, he establishes plausible crimes that have various suspects, with twists and surprises in the denouement. For instance, in this one, who would have ever thought that the murderer was...? Just go read the book and have a great time!

Published by Thriftbooks.com User , 18 years ago
Another great Sam McCain mystery !!! If you liked the others, you will LOVE this one. GREAT READ !! HIGHLY RECOMMENDED.
Copyright © 2020 Thriftbooks.com Terms of Use | Privacy Policy | Do Not Sell My Personal Information | Accessibility Statement
ThriftBooks® and the ThriftBooks® logo are registered trademarks of Thrift Books Global, LLC