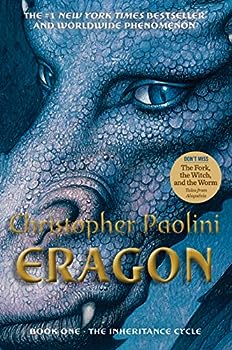 (Book #1 in the The Inheritance Cycle Series)

A new adventure hatches in the first book of the Inheritance Cycle, perfect for fans of Lord of the Rings This New York Times bestselling series has sold over 35 million copies and is an international... This description may be from another edition of this product.

Published by Teresa , 9 months ago
This was supposed to be like new condition…. Very disappointed because it’s very old and worn, has tears and yellow pages and isn’t something I feel comfortable giving as a present.

The book is great, the condition was as expected.

Published by Brittany , 1 year ago
These books getting better as you go. I recommend these to teenage readers.

Published by Emmybird01 , 1 year ago
I really loved this book. Eragon is such a lovable character. His relationship with Saphira is perfect. I love her too. I will definitely be continuing the series.

No jacket cover! No indications of this.

Published by M , 1 year ago
Great book for teens.

Published by Mercedes , 1 year ago
I don't quite know if this is where I should adress this but i ordered the audio book of this and I am missing the 3rd and 4th disc... If I could get it that would be great if not understandable. I am very excited to start them!

Published by Elena , 2 years ago
I have to admit,when I first picked up the book, I was quite skeptical if it would be worth my time reading it...but I absolutely loved it! So to anyone out there, old or young ( I'm 21) if you love dragons,fighting, heroes, or just plain awesome fantasy, then this is the series for you. 👍

Published by Thriftbooks.com User , 6 years ago
I first read Eragon about eight or so years ago. Since then, I have bought the entire Cycle (only four books, not nearly enough!) and re-read it many times and will be doing so again shortly. There are some minor flaws with the book, yes, but all is easily forgiven with a story like this. It is a well-written adventure with beautiful and poetic imagery that can easily stir the imagination and make you believe in magic. That being said, this book is an excellent way to expand you vocabulary. I definitely recommend the Inheritance Cycle to anyone, adults included! P.S.- If you're an adult considering purchasing the Cycle for an older child, I would say go for it. No sex scenes. Language is extremely minimal, so no worries about f-bombs or such. As far as violence goes, there are sword-fights galore and inclusions of death, dead bodies, and killings, but nothing nightmare inducing.

Published by Thriftbooks.com User , 13 years ago
I have to say after reading some other's less-than-glowing reviews of this book that there is an important, crucial fact they have not seemed to take into consideration-- THIS IS A CHILDREN BOOK. This is not a book written for adults; even though certainly many, many adults have enjoyed it. It's also as certainly written quite as well or perhaps even better than your usual ripped bodice, Danielle Steele or Jacquelyn Suzanne. It is written for the older children-young adult bracket, ages 11 through 17 or thereabouts. I, for one, am grateful my 12 year old son had something as interesting as this to enjoy. It's vital that the kids read. So I say "Hooray for Eragon!"

Published by Thriftbooks.com User , 14 years ago
i know on here are more bad reviews then good ones but im halfway now and i admit that i really like this book and though it might not live up to lord of the rings. its still not that bad.

Published by Thriftbooks.com User , 15 years ago
I love Eragon If you like fantasy adventure Books this book is definetly a good book to read!Eragon is a poor farm boy who lives with his uncle in a town called Caravahll.When Eragon finds a polished mysterious blue stone in the forest during a hunting trip he dosent know it will change his like forever.Soon eragon reavels a dragon hatchling that has been stolen from the empire. Eragon raises the dragon secretly and the two become inspirable.Overnight Eragon is transformed from poor peasent boy to noble dragon rider.Accompanied by the wise Storyteller Brom Eragon sets off with his noble steed dragon Sapphara to seek his destiny,Avenge the empire,And navagate Dark terraines and enimies that lurk through the empire. Dont miss a chance to read this thriller of a story.

Eragon Mentions in Our Blog 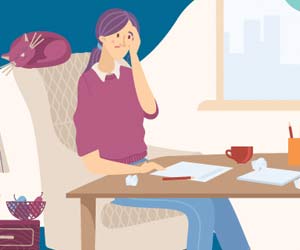 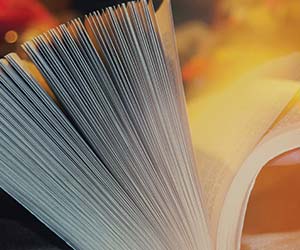 Name a Book That Needs a Different Ending
Published by Bianca Smith • April 09, 2018
You spend hours reading a book, but sometimes the ending just doesn't live up to expectations.
Read Article
Trustpilot
Copyright © 2022 Thriftbooks.com Terms of Use | Privacy Policy | Do Not Sell or Share My Personal Information | Accessibility Statement
ThriftBooks® and the ThriftBooks® logo are registered trademarks of Thrift Books Global, LLC