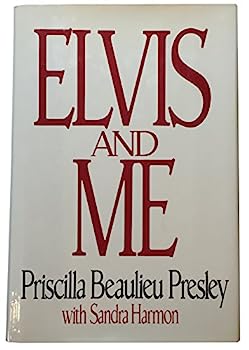 Elvis and Me is the unforgettable memoir of Elvis Presley. This New YorkTimes bestseller reveals the intimate story that could only be written by the woman who lived it. Itserves as a tribute to the man as well as the King of Rock n' Roll.

Published by angela , 1 year ago
This is a simple book. Not very insightful considering the writer being his ex wife. Disappointed.

The REAL Elvis and Priscilla

Published by Thriftbooks.com User , 18 years ago
I've read this book twice now. I enjoy it because Priscilla's writing style is easy to read and easy to follow. She makes it easy for the average reader to understand how she became part of Elvis's life, and how his strange life-style became the norm for her.The book does not come across as Elvis-bashing, in my opinion. She conveys that she loved him very much, but when he began abusing drugs, she simply could not stand by and watch him kill himself.If you want to know more about Elvis's "secret" life off-stage and away from the cameras, this is the book to read. It's not at all "tabloid-ish" it appears to be just the facts as Priscilla lived and experienced them.

My heart beats like a drum for this literary masterpiece!

Published by Thriftbooks.com User , 19 years ago
Oh the tragedy! That poor woman and the wretched life she had to overcome due to her sweet husband's fame. I wept and laughted as I turned every page of this tantalizing and wonderful story. I need a tissue just thinking of it! Seriously, my eyes are watering! Pricilla should have been a novelist - her talent for the display of human emotion through the written word is like a beacon of hope in a world of calamity! BRAVO Pricilla!!!

"I will never write a book about me and Elvis"

Published by Thriftbooks.com User , 20 years ago
Those were the famous words of Priscilla Presley after the death of Elvis. I knew it was only a matter of time before she caved in and righted all the wrongs which were quoted in the many books written about her and Elvis preceding her own. It took ten years but she finally wrote this book, Elvis and Me. I was waiting so earnestly for this book because I felt that Priscilla was probably the only one close enough to the 'real' Elvis to tell us the true background details of day to day life and I was right in my opinion. I felt this book was raw! Priscilla didn't mince words or try to coat the truth. She told it as it happened, in true detail. Priscilla starts her book by telling us where she was when the news of her ex-husbands death reached her. Her book then goes back to the beginning. Her first meeting with Elvis in Germany. How Elvis wanted to "see her again" and even ended up visiting her parents to make this happen. Although the book is filled with the many tender moments she spent with Elvis, it's also a shocker when you learn of his drug dependency. A pill to sleep and a pill to wake up! His many 'hanger-on's' who were constantly at his side whenever he was awake. His free spending ways towards friends and family to the almost abusive way he took over Priscilla's mind and body. She lied constantly to her parents we find out. Especially when she was visiting Elvis for vacations. Elvis thought nothing of telling Priscilla's parents one thing then totally doing the opposite. Then there's the fact that he refused to have sex with her until their marriage night and how it completely stopped after Lisa Marie's birth. Just reading inbetween the lines of this book, you can tell how frustrated Priscilla was. She had everything yet her life reached a point of such emptiness and dispair with Elvis that she left him. Priscilla doesn't leave anything out which surprised me a little. She tells of his numerous affairs during their relationship, his strange habits, and just when you think there couldn't possibly be anything else to talk about, she shocks you with yet another revelation. Do I think you should buy this book? Yes! Do I believe everything in the book? No! Either way, I think this book is the closest we will ever get to the true Elvis. Priscilla was the closest to Elvis we will ever get so if you're an Elvis fan, this book should definitely be part of your Elvis library. I think you'll be quite shocked at some of the things you learn. I was!

From the inside looking out

Published by Thriftbooks.com User , 21 years ago
Ive been a fan of Elvis since I was about 8 years old. I distinctly remember the day when he died in 1977 when I was 11 years old. There are so many books out there on the subject of Elvis Presley, his Memphis Mafia, his relationship with his parents, his marriage to Priscilla and many more aspects of his life. However, this book is a labor of love. You can only imagine (as many of us have) to have this great man become interested in you when you are still a child in search of yourself. Priscilla takes us through their life together and how time and maturity changes the dynamics of their relationship. But not their love for each other. The reason I take this book at such face value is that Priscilla has never done or said anything to harm the mystique of Elvis Presley. As in any marriage, Im sure there are things that the reader is better off not knowing. But she tells her story with the same love and respect for this man that so changed her life.

Elvis and Me Mentions in Our Blog 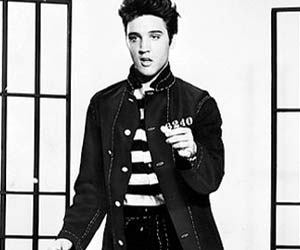 Elvis Presley was born eighty-five years ago today. Tragically, the thrilling entertainer died when he was only forty-two. Regarded as one of the most significant cultural icons of the twentieth century, he pioneered a bold new style of music. Here are seven things you may not have known about him.