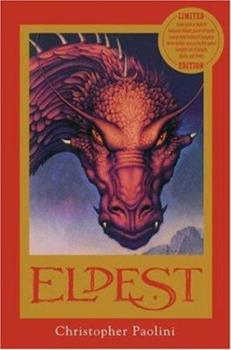 (Book #2 in the The Inheritance Cycle Series)

Until recently the subject of suffering and evil was neglected in the sociological world and is almost absent in Durkheimian studies as well. This book aims to fill the gap, with particular reference to the Durkheimian tradition, by exploring the different meanings that the concepts of evil and suffering have in Durkheim's works, together with the general role they play in his sociology. It then examines the meanings and roles of these concepts in...

Came without a cover

Published by Maddie , 1 year ago
This isn’t about the book itself, i just want to talk about the fact that there was no dust cover on this book. I was buying my boyfriend this set for his birthday because it’s his favorite and I got the good version of this one, but without the cover on it. Now it doesn’t match the other hardcover books and it’s too late for me to get a refund on it.

The best book in the Inheritance Cycle

Published by LewisRGeorge , 2 years ago
This book suffers from a lot of the same issues as the previous one. (there are a lot of bloated descriptions) However, the story is slightly more original than Eragon/A New Hope, and the characters do have more actual development. The chapters with Roran protecting his village were the highlight of the story, as Eragon became too overpowered to remain interesting. Eldest was probably the strongest of the four books, which is not that strong of a compliment after trudging through Brisingr.

Published by Thriftbooks.com User , 14 years ago
Eldest is a very, VERY well-written book about action, adventure and a small bit of romance. Eldest is the second book of the series "Inheritance". From the first chapter, I was captivated. It is hard to put the book down once you hear of an epic battle or a strenuous drama. Each scene is explained enough to give the reader a vivid picture of all that is going on, but still leaves room for the reader's imagination. It is a must read series for ages 10 and up that leaves you waiting and waiting for the next book to come out.

Published by Thriftbooks.com User , 15 years ago
To all the bad thinkers of the book: People!!! Geez Its just a book!!! A Fantasy!!!!! Its made up!!!! So what if it is sort of copied!,Its not like I see you writing a book a doing any better. Get over it! The book is there and there is nothing you can do to stop it! All you are doing is saying the bad things, what about the good or in you words,NON COPIED?! I really enjoyed this book, and for all the awful things I read you won't convince me to dis like it. Because of all the bad comments about it, it just made me buy the book not vise/versa! Well.... Thanks. good luck with the 3 book Paolini!! U.S, Chicago, IL Monika 13

Possibly the BEST book ever written

Published by Thriftbooks.com User , 16 years ago
There is no doubt that Eldest, by Christopher Poilini, is by far the best book I've ever read. This book has action, drama, romance, betrayal, and heartbreak, everything you could possibly cram into the pages of a book. After Eragon, a sixteen-year-old boy, and his dragon, Saphiria, win a large battle in the dwarve city, Eragon is left scarred. His friend, Murtaugh, was captured by the empire, and the leader of the rebellion group called The Varden was killed in the process. Meanwhile, Roran, Eragon's cousin, tries to move his village to safety in Surda, with part of the Varden. Eragon recovers from his injury, or so he thought, and he, Saphiria, and Arya, an elf he rescued a year before, went to the Elven Kingdom. Eragon and Saphiria have a lot to learn, but Eragon's wound enables him to train. During an elven festival, Eragon takes on a new look, so to speak. Will this transformation help him overthrow the Empire? Will Roran save his village? Well, just read the breathtaking book, Eldest.

Published by Thriftbooks.com User , 16 years ago
I brought this book for my son aged (11 years), after he read the first one, and really loved it. He read this one in full in 6 days and couldn't put it down. He loves these type of books and carn't wait for the next one.

Eldest Mentions in Our Blog