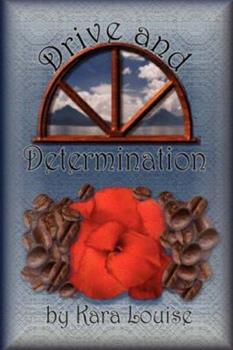 In this modern day variation of Jane Austen's "Pride and Prejudice," Elyssa Barnett is an aspiring interior designer who clashes with William Denton, president of Pemberleo Coffee, at her sister Janet's wedding to Chad. Two years later, Elyssa and Will meet under tragic circumstances that she wholly blames him for and doesn't think she can ever forgive him. As she is unwittingly thrown into his presence, she discovers, much to her dismay, that he...

Published by Thriftbooks.com User , 14 years ago
I really enjoyed this modernized version of Pride and Prejudice. It was very compeling and I enjoyed how the modern "Lizzy" warmed up to William Denton (Mr. Darcy). You want them to get together and you anticipate it to happen every moment they are together. Of course there are numerous misunderstandings, especially including George Westham. My favorite parts are when "Lizzy" and "Will" play in the water by the shore in Guatemala, when Will is taking care of "Elisabeth" when she is taken ill, and when they meet again in Chicago at the Coffee plant. The book is a page turner for sure and I had a hard time putting it down. I like Kara Louise's story telling skills, which is even more noticable in her book "Pemberley's Promise", which is my favorite Pride & Prejudice variation to date.

Published by Thriftbooks.com User , 14 years ago
I loved this book! It is a mere 256 pages, you will not want to put down. Kara Louise has created another fantastic book. Ms. Louise goes into great details of dialogue between our characters, but you want it to be more.... you want the character to finish the thought they are having in their mind with words. It was a modern P & P. Elyssa Barnett is a self sufficient women in no need for a relationship when she meets the proud Will Denton at Jane's and Chad's wedding. As usual, Will is to self-involved with the family business to make to the rehearsal on time. Then, Elyssa over hears Will in a conversation with a guest criticizing herself (and the loathing begins). After a couple years Elyssa has to fly to Guatemala for Jane and Chad, where she meets George (Wickim) for the second time. Will finds out that George, is with Elyssa, and flies down. Will does everything in his power to separate Elyssa and George, but George finds a way to stay in contact with Elyssa, filling her mind with lies. From other sources Elyssa finds out she had over reacted and her feeling for Will, change. She can't think of why Will would ever want to see her again. Elyssa's friend, Charlene, hands out her business cards for interior design, which lands Elyssa a job near Chicago and Pemberlo Coffee corporate offices, she has to find and tell Will she is sorry. I have already given too much info....... Just buy this book!!! You will not be sorry, except for it to end!

A Fantastic retelling or Pride and Prejudice in Modern Times

Published by Thriftbooks.com User , 14 years ago
First I must say that I loved this book. Of course it is not written in the style of Jane Austen but it was written with the same outline as Pride and Prejudice. I fell in love with all the characters and enjoyed seeing the parallels with Pride and Prejudice and it made you really think that there is such a thing as a modern day Pride and Prejudice. The Scenario: Elyssa Barlett has every reason in the world to think ill of Will Denton: at her sister's rehearsal dinner he announces that as President of Pemberleo Coffee he is sending his employee Charles Blakely to Guatemala, he insulted her beheind her back, and he is just about the coldest and most heartless person alive. When Will comes to Guatemala she still dislikes him and thinks him a workaholic and manipulative. She has disliked him for two years now. However, when they spend time together she finds it harder to remember the reasons she disliked him so much. Until that is, she learns of how he told Charles not to propose to her sister from her friend George Westham. She leaves Guatemala right away before hearing his side of the story. Will her heart ever change towards Will? What is the truth about George Westham? Will Elyssa stop being so prejudice towards Will? I am not going to give away any of these answers, I suggest you read it for yourself. I realize that the story is not an exact parallel, Janet and Charles are married 10 pages into the book, Elyssa's father is dead, and it takes place in America. But it has its own story that captures you and draws you in. I read it in one day, I loved it so much!

Published by Thriftbooks.com User , 14 years ago
What a great book!!! I could not stop reading it. This is one of the best modern tellings of Pride and Prejudice. The characters reflect their classic counterparts well and the story line gives us a wonderful "now" version of Jane Austen's. The romance was high on the sigh worthy chart. The interactions and development of the characters were very believable. I highly recommnend this terrific read.
Copyright © 2020 Thriftbooks.com Terms of Use | Privacy Policy | Do Not Sell My Personal Information | Accessibility Statement
ThriftBooks® and the ThriftBooks® logo are registered trademarks of Thrift Books Global, LLC