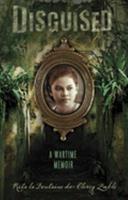 Told in her own words, here is the true story of a girl who posed as a boy during World War II -- and dared to speak up for her fellow prisoners of war. With the Japanese army poised to invade their Indonesian island in 1942, Rita la Fontaine's family knew that they and the other Dutch and Dutch-Indonesian residents would soon become prisoners of war. Fearing that twelve-year-old Rita would be forced to act as a "comfort woman" for the Japanese soldiers,...

Not as good as the earlier version

Published by Thriftbooks.com User , 14 years ago
Not as good as the 2001 edition by a diffeent publisher. Disguised: A Teenage Girl's Survival in World War II Japanese Prison Campsjj A lot was chopped out, making it a bit vague or confusing in places. The biggest chop was at the end, with a chapter about the last camp deleted - that was followed by the word "epilogue" moved to the chapter about resettling after the war. In the older book, that is followed by a brief chapter of what happened to the family during the Indonesian war for independence from the Dutch, and a chapter titled "epilogue" describing what happened afterward - bridging the gap between the end of World War II and when the author and her husband and son move to the US. I'd suggest getting hold of the older Vesion of you are, say 13 or older.

What an amazing life!

Published by Thriftbooks.com User , 14 years ago
This book was very well written and it was hard not think that you were there with her. She writes very candidly and vividly when recalling these experiences that happened 50 years ago. I found it hard to put down and read the entire book in three days. Of course, I had to work a couple days so that cut into my reading time. All in all, this is a great freshmen effort and I can't wait for the next installment. It felt like there should be a next chapter to the amazing life. Thanks for the chance to read a private part of your life, Rita!
Trustpilot
Copyright © 2022 Thriftbooks.com Terms of Use | Privacy Policy | Do Not Sell or Share My Personal Information | Accessibility Statement
ThriftBooks® and the ThriftBooks® logo are registered trademarks of Thrift Books Global, LLC