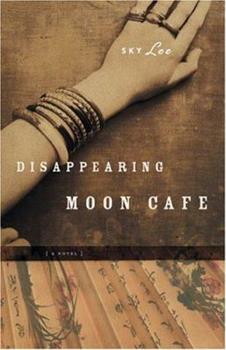 Sometimes funny, sometimes scandalous, always riveting, this extraordinary first novel traces the lives and passionate loves of the women of the Wong family through four generations. As past sins and inborn strengths are passed on from mother to daughter to granddaughter, each generation confronts, in its own way, the same problems -- isolation, racism the clash of cultures -- and each evolves a little bit more. Moving back and forth between past...

Published by Thriftbooks.com User , 19 years ago
I really did love this book and how it depicted Vancouver's Chinatown in the past. It was a story, not a true tale of someones life. I'd read it over and over again.

Published by Thriftbooks.com User , 19 years ago
How this book could even be compared to Six Records of A Floating Life is beyond me. They deal with two different issues not to mention era's. Six Records was written by a heart broken widow after his wife's death while this one gives a historical account of the Chinese Canadian Experience in British Columbia. It is the furthest thing from "happy" and describing the story as such leads me to believe that Chris didn't read the book. Personally I would describe this novel as heart wrenching at points. The story is intended for entertainment and does not mean it is "everyone's story". Though even the idea of making a story that covers all Chinese Canadian's experiences during this time period itself is highly problematic. And I do not understand how the book can be referred to as racist either. He says that the book reads like gossip, and maybe it is the extramarital affairs which offend Chris so much. Surely we are not so bold to say that one race is morally superior to the rest and thus would not succumb to doing this. Every culture has and if this is what upset this reader so much, maybe he should think of what type of stereotypes he started with before opening the novel. That being said, I would recommend this book to anyone interested in a terrific read or the subject.

Published by Thriftbooks.com User , 20 years ago
As a student of the first Chinese Canadian history course offered in any Canadian university (University of Alberta), I found Sky Lee's Disappearing Moon Cafe one of the most profound and intellectually stimulating novels I have come across in my life. Though a background in the history of Chinese Canadians is by no means a pre-requisite to this novel, I believe Lee has thoroughly researched the social and political climate of the Chinese in Canada during the time in which her novel is set. Indeed, Lee's ability to integrate factual history with fiction in her narrative is quite remarkable. That she utilizes the theorized union between the Chinese and Aboriginal peoples to both begin and complete her narrative speaks to her creativity and willigness to move beyond simple facts. I would recommend this novel to any individual seeking to extend their understanding of the Chinese Canadian experience and especially to those local born Chinese who, like myself, are searching for a cultural identity that combines both our cultural roots in Canada and in China. This novel is poignant, reflective and completely deserving of our attention.

Not really the worst book ever

Published by Thriftbooks.com User , 20 years ago
Though I wouldn't call Disappearing Moon Cafe the BEST book ever, I would hardly go as far as to call it the worst. Comparing it to works such as Six Records of a Floating Life is, furthermore, problematic; the distinctions between Chinese literature and Chinese-Canadian literature are far too vast to place in the same category. I would recommend this book to anyone, though it is definitely a very slanted view of the Chinese-Canadian experience. It does draw out certain important points, however: the divisions between the Chinese immigrant and other races, the effects of the Chinese Exclusion Act, the role of identity, and both family and interracial relationships. It is DEFINITELY a very intriguing read.

Published by Thriftbooks.com User , 25 years ago
It's been nearly four years since I first read this book but I find it lingers long in my thoughts. The ability to stay in your mind is, I feel, the sign of a truly great book. A loving story of complex lives moving back and forth in time and place. Sad and joyous without shallow sentimentality. Forget about the books by Amy Tan. If you really want to read a great story about Chinese families, this is the book to buy! Sky Lee is ten times the writer that Ms. Tan will ever be. This is a must read.
Trustpilot
Copyright © 2022 Thriftbooks.com Terms of Use | Privacy Policy | Do Not Sell My Personal Information | Cookie Preferences | Accessibility Statement
ThriftBooks® and the ThriftBooks® logo are registered trademarks of Thrift Books Global, LLC