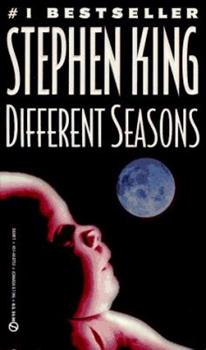 From the Magical Pen of Stephen King, Four Mesmerizing Novellas… "Rita Hayworth and the Shawshank Redemption" An unjustly imprisoned convict seeks a strange and startling revenge…the basis for the Best Picture Academy Award nominee The Shawshank Redemption . "Apt Pupil" Todd Bowden is one of the top students in his high school class and a typical American sixteen-year-old-until he becomes obsessed about the dark and deadly past of an older man in...

King at his Finest!

Published by Linda Keegan , 1 day ago
I read this book many years ago. Before any films were made. I could just see everything, the pain, hope, and joy of these stories. I even enjoyed his reasons for the writing of the novellas. I'm a true lover of the written word, I'm dyslexic when I was young it wasn't know about, so book's gave me the knowledge I so desperately needed. Book lover, L Keegan

Published by MaMaD , 4 months ago
Apt pupil is chilling

Fear can hold you prisoner. Hope can set you free.

Published by Thriftbooks.com User , 13 years ago
Like the many others before me, I too have seen the movie "The Shawshank Redemption". And like them all, I too was in tears at the end of the movie. The book and the movie is not that different except for some few minor changes(Red is white, and that's maybe a big change?). The novella is just over 100 pages which is in my opinion way too short for a book making, in my opinion, the greatest movie of perhaps all time. That is my only minus with this novella. The story is about a man named Andy Dufresne, imprisoned for a killing his wife and her lover. In the prison of Shawshank he suffers terrible crimes of inhumanity. Over the years he befriends a few convicts, who as it turns out is not as inhumane as the rest of the convicted beasts and guards. With his friends, especially Red, a great friendship is forged and through common acts of humanity hope is finally born. The thing about this story is that it's so human. It's not complex or simple, it's pure and utterly human. That draws you in, you cannot resist Stephen King's writing as it is so beautiful. The story shows you the most darkest of human deeds and the noblest of acts. One of my favorite parts of the story is when they drink beer and how the Red explains that they were as free men for one day. The feeling I get while reading that chapter is so joyously good. As you read this novella you will feel the film score of Thomas Newman graciously following. If you have not watched the movie, I strongly suggest you see it. The bottom point is that you will be moved by this story, not simply because it's written so well but simply put because it's so human. Everyone can relate to the characters in some way. I strongly suggest buying this novella. And I am a huge advocate of watching the movie which is probably the best movie-book adoption in many years to come. Read the redemption, feel the redemption, see the redemption. "Remember, Red. Hope is a good thing, maybe the best of things, and no good thing ever dies."

One of his best

Published by Thriftbooks.com User , 21 years ago
Sometimes collections like this can be hard to judge. Most of the time the author will have ups and downs, with one story that may appeal to one audience and another which appeals to a different one. Different Seasons, however, manages to provide a good body of work that should appeal to just about everybody.To be clear on the content of the book, this is actually two novellas and two short stories--both Rita Hayworth and the Shawshank Redemption and The Breathing Method are both on par with such classics as "Bartleby the Scrivener." The format of the book is perhaps a little hokey--the stories follow the seasonal theme--but ultimately that artistic touch is irrelevant to the real appreciation of the book, at worst, and endearing, at best.The stories themselves are excellent, a fact attested to by the production of three major films based on the first three of these pieces. The first presented is Rita Hayworth and the Shawshank Redemption, and of them all, it's probably the best on the whole. The characters in the story are well written and, all things considered, it's really just a fine story with a positive message that you might not be used to seeing in Stephen King's writing. Second is Apt Pupil, which is more reminiscent of King's usual subject matter and tone, but still manages to provide an engrossing and interesting view into the nature of evil and the parasitic relationship that a man can develop with it. The Body is probably the most endearing of all the stories in the book, even if it is the roughest in terms of production. With a reflective, old-man-on-the-porch-in-the-sunshine voice, King is able to relate this tale of the loss of innocence and the passage into adulthood. The final tale is actually reminiscent of other, older authors than King. The Breathing Method uses several old tricks of such superluminaries as Melville and Hawthorne in its presentation, and manages to wrap an entertaining story around an allegorical examination of the writing process.Taken as a whole, this collection is truly one of the most excellent efforts that King has ever put forth. While he still does tend to bloat a little (a complaint many have about his novels) in the middle two stories, all of them manage to create an atmosphere wholly their own and to take the mind of a reader away to another place, which, as King says in the afterword, is his first and highest goal. While little new ground is broken in the themes King analyzes, the themes themselves all still bear examination. His storytelling is at its height here, and this is a book that all readers should pick up at one point or another. It may not be horror, but that, in this case, cannot be said to be a failing, as King showcases his cross-genre talent. A truly fantastic book.

An Epic Book and Movie

Published by Thriftbooks.com User , 23 years ago
A few years ago my uncle up in Maine, who is a huge Stephen King fan, made me sit down and watch the movie from start to finish. At first I was bored with it. I wanted the movie to turn into a tale of demons or aliens or freaky Stephen King stuff. Turned out the movie didnt need any of that to make it my favorite movie of all time. After the movie was over I could not believe that it was based on a book by King. Shortly after watching the movie i decided to go out and get myself the book, which turned out to be just as good. When Andy escaped and had his armed raised up towards the sky with the rain pouring down on him really made me tingle inside. What an extraordinary and epic book an movie. I recommend them to anybody who appreciates life.

Different Seasons Mentions in Our Blog 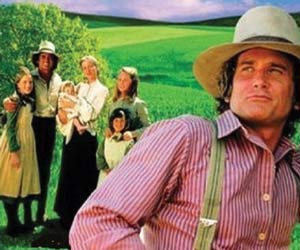