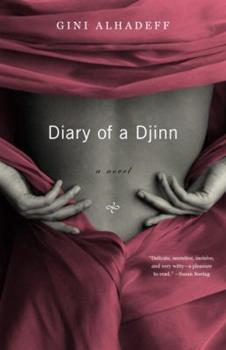 Diary of a Djinn: A Novel

The all-knowing djinn of ancient lore can adopt many forms, but there are times when it chooses the limits of one body, one life. In this bewitching first novel, a djinn takes up residence in a restlessly brilliant woman, guiding her choices in life and love as she chases the satisfaction that eludes her-from a cloistered Florentine boarding school to the glamour of a Milan fashion house to a life beyond her means in 1990s Manhattan. She is as skilled...

I Dream of Gini

Published by Thriftbooks.com User , 17 years ago
I liked the story of a woman who goes floating around "from body to body" like the evil spirit in the Denzel washington thriller "Fallen"--except of course she's not evil, just kind of languid and dreamy in an Anais Nin kind of way. The late Susan Sontag gave this novel high praise. and reading it you can see why it would appeal both to Sontag's high intelligence and her love of the sensual and elegant. In a way, the heroine's affair with a married man, and her encounters with his soignee mother, the Princess, are the materials of a Henry James study in contrasting cultures. We warm to the Princess for her beautifully understated way of handling everything, as we did Isak Dinesen. In one amusing episode she has to sit in an uncomfortable chair while listening to a speech. "She sat upright and did not stir. Only towards the end of three hours did I notice a slight shifting in her seat. She said, 'If I find the person who designed this chair, I'll throw it in his face.'" However, her son Hare is pretty innocuous and the heroine's love affair with him is pretty lukewarm compared to her miscellaneous observations about the princess. The Readers Digest used to have a running feature where you could write in and tell all about "The Most Unforgettable Character You Ever Met." In this book, the unforgettable one is the princess. And yet everyone has a story, an engrossing one. When the heroine tries to buy an air conditioner, you can see why people think Gini Alhadeff a fine writer. "Reason epople did not quibble over the noise an air conditioner made--one so promisingly named Quietmaster. It must mean, I thought, that other brands were even noisier. sought once again to extract from Mr. Lin an opinion as to which brand might be quieter." Don't you love the concision of that well chosen verb, "extract"? "But he went into his philosophical dissertation once again, starting with 'Every machine different...' and ending with '...not possible to know.' But then he had a sudden illumination. 'Machine very noisy because room very quiet--you writer.'" Okay, so he sounds a bit like Charlie Chan, still it's interesting, unlike so many novels written today.
Trustpilot
Copyright © 2022 Thriftbooks.com Terms of Use | Privacy Policy | Do Not Sell My Personal Information | Accessibility Statement
ThriftBooks® and the ThriftBooks® logo are registered trademarks of Thrift Books Global, LLC