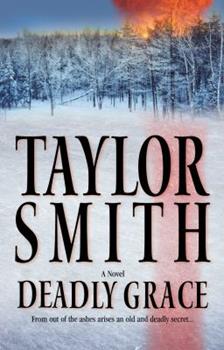 This description may be from another edition of this product. When Grace Meade, a former member of the World War II Resistance, is murdered, her daughter, Jillian, becomes the main suspect and refuses to speak to FBI Special Agent Alex Cruz. When Jillian Meade...

Published by Thriftbooks.com User , 12 years ago
Great book -- full of suspense and intrigue. Best for intelligent readers who can handle an intricate plot and strong characters.

Excellent Who Done It

Published by Thriftbooks.com User , 19 years ago
In January of 1979, in Havenwood, Minnesota, a fire consumes a lakeside home and the body that was discovered inside. Grace Meade, former British special agent and war widow of Yank, Joe Meade, is now dead. Her daughter Jillian, a Smithsonian historian, is in a psychiatric ward of a local hospital after a suicide attempt. Enter FBI agent Alex Cruz, who wants to interview Jillian Meade, as she is a last-known contact of two British women who were murdered prior to their homes being set afire. Was Jillian responsible for setting the fires in England and at her mother's home despite the fact that the police carried an unconscious Jillian out of Grace's home as the fire raged? While Alex's questions go unanswered, Jillian is not talking to anyone but is furiously writing in a journal provided by her psychiatrist. First begun as a narrative, this read details Alex' progress in his investigation as he comes face to face with the interesting folks of Havenwood, especially Nils Berglund, acting Chief of Police and Jillian's former boyfriend who seems to carry a torch for her still. As the read moves on, every other chapter consists of Jillian's journal, a first person account of her European investigation of her mother's past. The journal entries are cleverly integrated with the main plot line keeping the reader enthralled and continually questing for the answers to Grace Meade's death. And when Agent Cruz is able to access Jillian's journal, he begins to fit together the pieces of the puzzle in this engaging read. Tales of Nazis, British and American spies, and lost German gold add fuel to the fire of this raging inferno. Those who love a well-crafted who-done-it with a thoroughly surprising ending will want to rush out and purchase this read, which is certain to generate new fans for Ms. Smith.

Published by Thriftbooks.com User , 19 years ago
In 1979 Havenwood, Minnesota, a fire kills long time British expatriate Grace Meade. The police believe her daughter Jillian killed her mother. FBI Special Agent Alex Cruz arrives from DC to question Grace about the deaths of her mother and two other British women, who were companions of Grace in the World War II French Resistance. They both died following a visit from Jillian. Alex's interrogation results in his inability to obtain any useful information from a tacit Jillian locked away for her own protection after an attempted suicide. Alex soon learns that Jillian was researching her mother's role in World War II and that is why she met with the now deceased women. He finds her journal of notes and uses that as a springboard to try to learn whether Jillian is a serial killer or just an easy mark of someone who wants the three plus decades of events in France to remain silent. DEADLY GRACE is an engaging historical police procedural that fans who relish good detective work will find inviting because the FBI agent and the prime suspect are strong interesting protagonists. However, the tale hinges on the characterization of Grace, but she fails to come across as real, hurting the overall plot. In spite of that, the story line is crisp and the climax quite surprising and powerful so that sub-genre readers will enjoy Taylor Smith's latest work.Harriet Klausner

historical and contemporary fiction in one well drawn tale

Published by Thriftbooks.com User , 19 years ago
I was mesmorized by the pathos and the suspense in this beautifully told tale by Taylor Smith. I have enjoyed all her previous books, but this one was easily my favorite. Smith weaves the tale into extensive historical context of WWII counterintelligence and the Israeli Moussad. The saga begins when Gillian Meade returns home to confront her mother (Grace) about some historical data that she has uncovered while researching a World War II exhibit for the Smithsonian Museum, where she is employed. Their home is burned to the ground. Grace Meade is found dead and Gillian semi conscious and suicidal. Alex Cruz, an FBI agent arrives to investigate a related matter and is drawn into the dark tale surrounding these two women's lives. As the current story unfolds Gillian writes a journal about the evidence of deception in the past, as both a confession and a catharsis. Both tales are compelling and ultimately converge in the final moments. This book is really worth reading!
Copyright © 2020 Thriftbooks.com Terms of Use | Privacy Policy | Do Not Sell My Personal Information | Accessibility Statement
ThriftBooks® and the ThriftBooks® logo are registered trademarks of Thrift Books Global, LLC