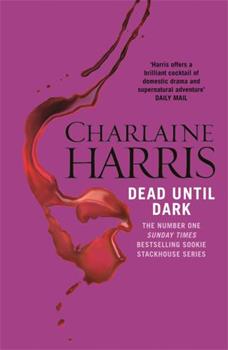 (Book #1 in the Sookie Stackhouse Series)

Sink your teeth into the first novel in the #1 New York Times bestselling Sookie Stackhouse series--the books that gave life to the Dead and inspired the HBO? original series True Blood . Sookie... This description may be from another edition of this product.

Not as Good as the Show, but Fun

Published by @bookswithgraceann , 7 months ago
I think the premise was executed much better in the TV show based off this book, but it’s still a fun read. As far as vampire romance goes, I think I also prefer the Night Huntress books to these. But, I still love the Southern atmosphere and the Vampires (especially Eric). For more, find me on Instagram, GoodReads, and TikTok @bookswithgraceann

Published by MiaD , 1 year ago
The Stookie Stackhouse books have some noticable differences from the TV series but has merits all its own. Different from what we consider the average vampire series in the sense you really do learn about the outside world (though it could probably be expanded upon), and because of that we really see what vampires integrating into the human world would look like in a little southern town, and how it's transforming the whole world Fans of the HBO show will recognize their favorite characters, though not always to the same extent, Sookie herself is described differently than what's portrayed on the show, for her personality think of those 'sassy' Sookie moments happening a little more regularly, but in a way that isn't off putting to readers. Sookie Is a full rounded human, not a boring passive girl along for the ride, you learn about her thoughts and feelings, and get to know her, even if she's frustrating there's affection there Worth the purchase if you want something silly and fun.

Published by Angel h , 2 years ago
Only issue was it was not the condition I asked for in a few of my books. It is not like the tv series n it is a good book. Eric is kind of in a serious relationship in this series. The kind n who kind of easy to see who. It is not in this one though. In this book it is nice that sookie finds peace but the adventure it starts her on is interesting. Better then the tv series n they are not as much alike as you would guess n not too different that loyal watchers would enjoy it as well.

A much better than average vampire mystery novel

Published by Thriftbooks.com User , 21 years ago
Sookie Stackhouse lives in a world like ours - except for one difference, 4 years ago Vampires "came out of the coffin" and are now a legal part of USA society. In this way it's somewhat like the situation in the Anita Blake (author Laurel Hamilton) novels, but in someways I think better written in this book.Sookie herself is unusual with a disability that makes dating a virtual impossiblity until a vampire comes to town and she discovers he's her (almost) perfect man. Unfortunatley, at the same time people start getting killed, which most of the locals see as an unlikely co-incidence, and in a small town that can almost be deadly itself.The author has written a very readable book here. I'm not sure if it's the start of a series or not - if it's not - then it's still an enjoyable stand alone novel. Her characters are believable and likeable, and I don't remember any slow patches that make your attention wander. In fact, I read this in a day - the sign of a very good book for me.For those people who like fiction that covers, vampires, PSI, alternative realities or mystery fiction, this book pretty well covers all those areas. Enjoy:)

Dead Until Dark Mentions in Our Blog 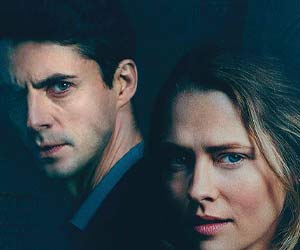 Discover 'A Discovery of Witches' Plus 7 Similar Reads For Fans
Published by Ashly Moore Sheldon • January 02, 2022

Season three of "A Discovery of Witches" is set for release on January 8. The popular TV series is based on the All Souls series by Deborah Harkness. It is a saga of passion and obsession bringing to mind the work of Anne Rice, Diana Gabaldon, and Elizabeth Kostova.