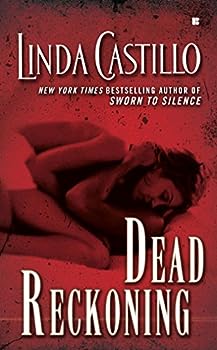 This description may be from another edition of this product. An intensely dramatic thriller of vengeance, desire, and the unyielding power of justice from the New York Times bestselling author of the Kate Burkholder series. Assistant D.A. Kate Megason is about...

Published by Thriftbooks.com User , 13 years ago
This was my first time reading a Linda Castillo book and I was not disappointed. It was a great read.

Far ahead of the others in her genre

Published by Thriftbooks.com User , 15 years ago
I love Linda Castillo's books and while this one started slow, it definitely picked up steam and took me well beyond where most of the genre goes - Castillo does unbearable violence extremely well - she brings the readers right where they want to be - in the midst of high tension. My only regret is that the first part of the book was a bit tedious - the usual high powered woman who's really soft as butter beneath. I found the hero much more in character. Overall, a great book and it could join my small keeper pile along with Tami Hoag and Linda Howard. Check out - Blind Spot - Another RS with environmental theme

Published by Thriftbooks.com User , 15 years ago
I love Linda Castillo books, so I purchased this one recently. This is one of her best, don't miss this one. Kate Megason is an ADA with a secret in her past. She has devoted herself entirely to her work since she was 17. College, Law school, and finally work in the District Attorney's Office. She has closed off all her emotions and persued her goals both in her work and out of it. Now she has been handed a case that will make her career if she can pull it off. Just as soon as the case starts, she begins to receive notes and threats concerning the secret in her past. How does it connect to the case she is trying? Or is it just the fact she is finally closing in on the attackers from 11 years ago? Frank Matrone is a former detective with the PD. He was sent to Iraq and wounded in a car bombing. He has lost some of the use of his leg, he has nerve damage in his body, and someone he cared for died in his arms. If that isn't enough he is now addicted to prescription pain relievers. He and Kate immediately strike sparks of enmity. But all sparks can cause fire and these lead our two wounded heros not only to each other but to healing. Both feel alone and hurt, each is fighting a battle with themselves as well as others. The tension is good, the plot is very good, and we get the enjoyment of watching the whole situtation explode and come to resolution. I loved it.

Published by Thriftbooks.com User , 15 years ago
Assistant District Attorney Kate Megason works the sure thing prosecution on the capital case of Burton Ellis, accused of the brutal murder of two convenience store clerks. However, Kate becomes irritated when her political supervisors assign former cop Frank Matron as her investigator; Frank was injured in a Mideast suicide bombing while serving as a deployed reservist. Kate knows that he has not physically healed and assumes that he is also mentally disturbed. Frank immediately observes something that makes no sense. The accused took out a hidden camera that he should not have known existed. Even weirder in the robbery gone bad case is the strange fact that not all the loot was taken. Why would he leave anything behind? As Kate begins to heed all that Frank opines, they work together to uncover the truth in spite of someone with connections wanting the real facts to remain buried. Readers will grip the pages tightly as this tense legal thriller hooks the audience to anticipate a DEAD RECKONING between the ADA and her investigator vs. an unknown brutal individual whose avarice is biblical in proportions. The story line is action-packed starting with Frank proving his worth from the start and never slows down until the final confrontation as the close and shut case becomes open and dangerous. This is suspense at its thrilling finest. Harriet Klausner
Copyright © 2020 Thriftbooks.com Terms of Use | Privacy Policy | Do Not Sell My Personal Information | Accessibility Statement
ThriftBooks® and the ThriftBooks® logo are registered trademarks of Thrift Books Global, LLC