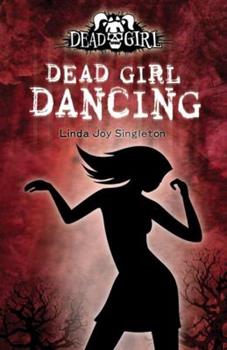 I can't believe I'm in the wrong body-again! Apparently, this freaky phenomenon of stepping into someone's life-and their body-has a name: Temp Lifer. And when my dead grandmother heaped on the praise for a job well done last time, I sort of let it happen again. (Grrr... thanks, Grammy.) So now I'm hungover and gazing in the mirror at . . . my boyfriend's older sister, who is getting ready to go wild on spring break-while being pursued by a psycho...

Published by Thriftbooks.com User , 12 years ago
When Amber mentioned that she might be body-swapping again, she had no idea that her grandmother meant straight away. Now, instead of returning to her own life and her own family, she wakes up in the body of her boyfriend's sister. She's just received a stalker-like text and now she's being hustled out of her room by her roommate and her friend to get to Mexico for Spring Break. On the way they meet up with some boys. Amber finds herself out of her league. Sharayah's older and wilder than Amber. She's just hoping she can keep herself out of danger with a potential stalker and a Dark Lifer after her. Linda Joy Singleton continues this new series with DEAD GIRL DANCING, where she perfectly combines the hardships of teen life with a paranormal aspect, immediately hooking readers. Each book grows a little darker and a little more suspenseful. I love her novels! Reviewed by: Jennifer Rummel

Published by Thriftbooks.com User , 12 years ago
I love her books! This book is better than than the first and I can't wait for the third! It is definitely a must read!!

Published by Thriftbooks.com User , 12 years ago
Seventeen-year-old Amber Borden is glad to be finished with her duties as a Temp Lifer. She closes her eyes for the transfer and opens them to find out that she is NOT back in her own body. This time Amber is in the body of Sharayah "Rayah" Rockingham. Of all bodies to end up within, why did it have to be the older sister of Eli, the guy Amber really likes? Amber hardly finishes calling Eli to tell him where she is when everything starts to go wrong. The immediate problem is that Rayah has a major hangover. Then another Temp Lifer shows up (in a celebrity's body) to give Amber her Guidance Evaluation Manual "GEM". The GEM is a blank book that magically writes out answers to most questions. This is followed by a threatening text message on Rayah's cellular phone. Before Eli can get to Rayah's college dorm, Amber is hustled off to Venice Beach for Spring Break with two of Rayah's wild college friends. Mauve has been Rayah's roommate for three months and is wild with the guys. Sadie seems totally nice, yet she is a klepto who not only steals from stores, but also from her friends. Amber is still trying to shake off the hangover and learn why Rayah cut off communications with her family when Mauve and Sadie pick up two guys during a traffic jam. Once at the beach things get even worse. Their beach condo turns out to be a dump in the bad section of town, the most wanted Dark Lifer is in the area, Rayah's stalker is close by, and time is running out! ***** Book two begins with Amber's second assignment. What girl wants to wake up and find out that she is the older sister of her boyfriend? Awkward! I would have thought the author could not have made the situation more interesting than that; however, she did. One problem after another rears its head, each worse than the last, making time fly by as I try to read faster and faster. You will not want to stop so be sure you have several free hours before you open this book. Unputdownable! ***** Reviewed by Detra Fitch of Huntress Reviews.

Published by Thriftbooks.com User , 12 years ago
Amber has an unique ability, one that's still kind of new to her. She's a Temp Lifer, someone who can step into another person's body and life. Just when Amber gets used to being in the body of one of the popular girls at school,she finds herself in another one. This time it's the body of her boyfriend's older sister, Sharayah. Talk about awkward. With this comes some perks like Spring Break in Venice Beach with two of Sharayah's room-mates who want to have a wild time. But not all is what it seems. Sharayah apparently is hiding a dark secret. One that involves a stalker. And even worse, Amber senses a Dark Lifer is after her. Where is her dead grandmother when she needs her? And will Amber be able to help Sharayah and herself before it's too late? Once again Linda Singleton does a great job showing us a teen who happens to be able to jump into other person's bodies. Think Quantum Leap meets the teen scene. This twist on the paranormal is fun. Readers will be glued to the pages as Amber tries to figure out why she's in Sharayah's body. The action scenes are intense and the suspense will keep the reader glued to each page. The Spring Break scenes were vivid and realistic. And Singleton ends with a killer cliffhanger, making readers want to know more. I know I did! I can't wait to read the third book in this series, DEAD GIRL IN LOVE. This book is a must read for those who love paranormal books and are looking for a twist in the usual 'dead' girl premise. You won't be disappointed.

A Beat You Can Dance To

Published by Thriftbooks.com User , 12 years ago
This is the sequel to DEAD GIRL WALKING, one of my favorite books from last year. This review will not spoil either book, so read on if you even if you haven't read DEAD GIRL WALKING... When we last left Amber Borden, she was dead. Sort of. Actually, she was in a pretty horrible accident and when she got to the other side her recently deceased Grammy Greta sent her back. Unfortunately, Amber has a horrible sense of direction and she ended up in the wrong body. While trying to figure out how to switch back into her own body, Amber did such a good job helping her temporary body that her Grammy sent her on another mission. So instead of going home to her family and her new boyfriend ,Eli, Amber has woken up as someone else. Here is where the story picks up in Dead Girl Dancing... Amber fully expects to open her eyes in the hospital looking into the tear streaked eyes of her loved ones. She should have known better than that. Instead, she awakens in a strange, and very messy, dorm room. When she looks in the mirror she discovers that she is now in the body of the worst person she could possibly be. She said she wanted to help people, but this is ridiculous! Oh, well. She's here now as a Temp Lifer to give this person a break from her troubles, so Amber might as well make the best of it. On the bright side, she's now old enough to go to a bar. On the not-so-bright side, her temporary body seems to be in a lot of trouble. There are some dark secrets and puzzling mysteries that Amber has to figure out. Not only that, but someone, or something , seems to be stalking her. Amber and her new body are either the target of a psychotic human or a dangerous Dark Lifer. Her self-help books have taught her many things, but there were no chapters in any of them that dealt with "how to evade a psycho-killer" or "how to keep evil wandering spirits from sucking up your life force". Amber is only supposed to be a stand in and stay out of trouble, but the trouble seems to find her at every turn, even the wrong ones. Amber sure has a tough road ahead, especially since her temporary friends decide to take her away for spring break. Well, a little song, a little dance and a really long , dangerous walk in someone else's pants await her. If she survives this, her Grammy would be so dead (if she wasn't already). Dead Girl Dancing is just as fun and clever as the first book in the series, Dead Girl Walking, but it is also much darker. There is more pulse-pounding suspense and danger. Amber will face the dark side of both life and death and the stakes are much higher in her new challenge. There is still some romance, but the obstacles are quite tricky this time. You will still root for Amber and Eli to make it through these dificult times. Also, the killer cliff hanger ending will not disappoint. This is an excellent series that I highly recommend to all fans of the paranormal.
Copyright © 2020 Thriftbooks.com Terms of Use | Privacy Policy | Do Not Sell My Personal Information | Accessibility Statement
ThriftBooks® and the ThriftBooks® logo are registered trademarks of Thrift Books Global, LLC