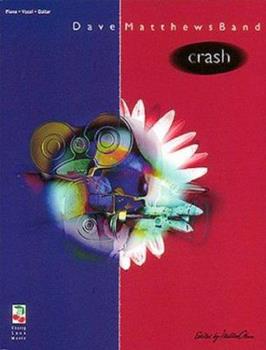 This is the follow-up to the highly successful Under The Table And Dreaming album. Included are black and white photos of the band, an introduction and 12 songs; including the hit singles 'Too Much' and 'Crash Into Me'.

Published by Thriftbooks.com User , 19 years ago
This book is only for the diehard DMB fans. The intricate details taken to make the parts sound exactly as those on the album is a tremendous step (especially for a band that is known to improvise) and will take much practice in order to master. The five-part guitar for Two Step really shines in this book, even adding parts for the pizzicato violin parts and Tim's intro solos. If you are tired of trying to figure out which way to play "Crash Into Me" from OLGA (at one time I think I counted ten ways to play it), then this book is for you.

Published by Thriftbooks.com User , 20 years ago
Basically Dave Matthews Band has never had anything below excellant. This is just another example of how great and musically talented he, Leroi, Stefan, Carter, and Boyd are. Their new album just shows how able they are to do anything they want. They are open to new ideas and can always do it a million times better than anyone else.

Published by Thriftbooks.com User , 21 years ago
Jeff Jacobson and Paul Pappas have created a well-edited, accurate portfolio of the music to Dave Matthews Band's "Crash". A perfect companion to the CD for all guitar players - preferably those DMB-inclined.
Copyright © 2022 Thriftbooks.com Terms of Use | Privacy Policy | Do Not Sell My Personal Information | Accessibility Statement
ThriftBooks® and the ThriftBooks® logo are registered trademarks of Thrift Books Global, LLC