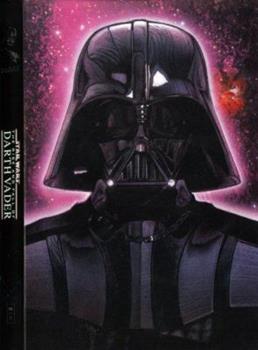 Star Wars: The Rise and Fall of Darth Vader

He is born to a poor mother on the planet of Tatooine. He is raised there and is fated to stay there...until he meets a Jedi Master who takes him away to be trained in the ways of the Force. At the Jedi Temple, he flourishes. Great plans are made. But his weakness is his fear of loss. At the moment the Jedi need him most, he turns to the dark side. He becomes the most-feared leader in the Empire. His embrace of evil is complete--and completely undone...

Published by Thriftbooks.com User , 11 years ago
Read this with my 7 year old son twice now. Enjoyed getting in the mind of one character for a story I've seen countless times. Gave a little more depth to the movies. Best for young SW fans, but still enjoyable for adults.

One of the greatest Star Wars books ever

Published by Thriftbooks.com User , 12 years ago
I got this book at Barnes and Nobles one day in 2007. that was when I was in 6th grade. All the kids were making fun of me for watching Star Wars, they kept snatching the book away from me when I way reading it and stuff. But I got to say, this book is litterally one of the greatest Star Wars books EVER! It covers before Phantom Menace when Anakin arrives on Tattoine for the first time to him transforming into a Force Ghost. It is very detailed and the art cover is very compelling. I read this book maybe 40 times (or more) during 2007. I started reading it during the school year again in 2008....... my parents made me not read Star Wars books in class anymore. Im really a die-hard Star Wars fan, and if you are too, buy this book.

Published by Thriftbooks.com User , 13 years ago
My son is a huge Star Wars fan and he just loved this book. It has a story line that isn't in the movies. It sort of fills in the gaps between the episodes. A must read for young Star Wars fans!

Published by Thriftbooks.com User , 13 years ago
We are loving this book. All encompassing book on Darth Vader and his life. Answered some questions that my kids had on his life. We love this book!

If you've never read a Star Wars young adult book, this is a great one to start with.

Published by Thriftbooks.com User , 14 years ago
If you've never sampled the young adult Star Wars fiction, you've missed some really quality stuff. I've read several YA books from the Last of the Jedi, Boba Fett and Jedi Apprentice series. While the writing style is certainly geared towards a younger audience, the stories are not childish at all. In fact, there are bits of continuity in YA books that can't be found anywhere else. The latest YA book I read was The Rise and Fall of Darth Vader. Essentially, the book tells the story of all six Star Wars films from Anakin Skywalker/Darth Vader's perspective. In itself, this is a cool idea. It's very cool to see the events of all six films just from Anakin's perspective. But, we get more than just a compilation of scenes from the movies. Again, there are bits of continuity that you can't find anywhere else. (Or, at least, I've never read them anywhere else.) For instance, I had never read what happened when Shmi and Anakin arrived on Tatooine. In fact, I assumed Anakin was born on Tatooine. It is also very cool to see all the references to other parts of the Expanded Universe. You don't have to be an EU expert to enjoy the book, by any means. But, my extensive exploration of the EU over the last few years really added some cool moments as I read bits that I knew had come from sources as disparate as the KOTOR video game, Splinter of the Mind's Eye, and the Return of Ben Kenobi newspaper comic strip. For me, that's one of the most rewarding things about being such a voracious EU reader. As I've become more versed in the EU, these little connections between all of the various books and comics and video games and other material become visible to me. It adds an addition layer of enjoyment for me. The Rise and Fall of Darth Vader was outstanding. While it comes in at over 200 pages, it's really the equivalent of an adult e-book. I finished it in one day. If you've ever been curious about the young adult Star Wars books, I highly recommend this one as a great starting point to see how good they can be.
Copyright © 2020 Thriftbooks.com Terms of Use | Privacy Policy | Do Not Sell My Personal Information | Accessibility Statement
ThriftBooks® and the ThriftBooks® logo are registered trademarks of Thrift Books Global, LLC