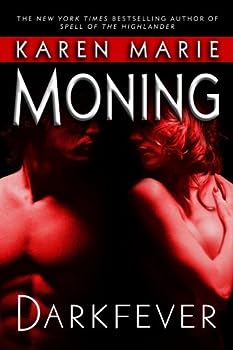 This description may be from another edition of this product. MacKayla Lane's life is good. She has great friends, a decent job, and a car that breaks down only every other week or so. In other words, she's your perfectly ordinary twenty-first-century woman. Or...

Published by Anonymous , 3 months ago
I ordered this book in “good” condition expecting it to be really worn out. The book ended up being delivered with minimal creasing and tears. Totally reccomend!

Description of physical book, not the book itself.

Published by Vile Canister , 9 months ago
The actual physical book was ok but their was a tear at the bottom of the back of the book. Also had a old book smell, not that I mind. Guess this is what I get for asking for good instead of very good. Haven't read the book yet.

Published by Eris , 1 year ago
I like how Mac wasn't all gung ho when it came to doing something. She came to find out who killed her sister, not save the world. I would think most people wouldn't accept a new world without asking questions. The V'lane thing was slightly uncomfortable. Otherwise, I liked it. I read it in two days.

Published by Amber , 2 years ago
Think Buffy the Vampire Slayer, only its Mac the Unseelie Fae keep-in-checker. I have read the first three in the series, only needing a day or two to read each one as they really keep you on the edge of your seat. However, these (in my opinion) are incorrectly labeled as urban fantasy romance and I did not detect any romantic vibes. Maybe its in the fourth or fifth installment but nonetheless, these aren't too bad of a read if you like "female out of her element, coming to learn who she really is" books.

Published by Thriftbooks.com User , 4 years ago
KMM's Darkfever series was a huge let down. Two Fae world's exist. The good Fae and then there is the banished evil Fae.The Highlander series main character is troublemaker and devious Adam Black who is fascinated by humans. The Fae Queen has to watch him carefully and often intervene to correct the mess he's made in the human realm. The series is captivating but ends on a funny note. The Darkfever series delves into the world of the banished evil Fae. This series is gruesome and very evil. I classify it as horror which I don't find entertaining. Its definitely not relaxing for me.

Published by Thriftbooks.com User , 12 years ago
Thank you, Karen, for creating the first characters that I felt I 'knew' in all of the books I've read in my adult life; Mac, Jerricho and V'Lane. I'm hooked, and can't wait to read the rest of the series!

Captivated me right away...

Published by Thriftbooks.com User , 12 years ago
It doesn't happen that often that I find a series that I have to read one book after the other non-stop but after reading Dark Fever I had to read the other 2 books immediately. I've read KMM's Highlander series and enjoyed them but the Fever series captivated me like nothing else she's written. Can't wait for the next installment!!

Published by Thriftbooks.com User , 14 years ago
Karen is the first female author to have captivated me with her unique style. Both my fiance and myself are huge fans of the Highlander series, having read them all, including the short-story, "Into the Dreaming". Although the series started to get a little repetitive for me (only slightly with the male characters), I found myself to be very content with it all in the end. She did a wonderful job with flowing one book into the next, carefully unfolding the details that connected them all. I was really looking forward to the Fever series, being that it would bring out the even darker side of Karen, and was very satisfied with the first book. She left me curious as Hell for the next one. OF COURSE, I'll be going on vacation the day before it is released...but I suppose I'll just have to hit a bookstore somewhere along the way. Can't wait!!

Published by Thriftbooks.com User , 14 years ago
I have been a Karen Marie Moning fan for a long time. This new series of hers is outstanding. She has done a fabulous job with the world she has created within this book. Darkfever is book 1 in a series of 5. Mac's sister is murdered while attending school in Scotland. Mac sets out to Scotland to investigate her sisters death. While there she discovers that she can "see" things others can't. Mac learns that she has a gift to see the world of the Fae. She finds protection and guidance with Jericho Barrons, a mysterious man who also seems to have gifts of some kind. I honestly don't think 5 stars is enough. Karen has done an outstanding job. The mystery, the good and evil, the sexual tension. It is a great novel and I highly recommend it. Some may be surprised at the end, for it is abrupt. But it is a series of 5 books. A person can't very well give everything out in the first book of a series, that wouldn't give them anything to write in the other 4. I can't wait for the next one.

Published by Thriftbooks.com User , 14 years ago
With the ringing of a phone, MacKayla "Mac" Lane's sedate world was destroyed. Her sister, Alina, was gruesomely murdered in Dublin but the case has gone cold despite some cryptic clues. With revenge on her mind, Mac heads to Ireland against her parents' wishes and learns the terrifying truth that the Fae exist. A dark world opens up for Mac as she forms a dubious partnership with Jericho Barrons. Will Mac unravel the meaning of Alina's messages as the veil between the Fae and mortal worlds crumbles? DARKFEVER is a fabulous addition to the urban fantasy genre. Fans of Karen Marie Moning's Highlander series should be cautioned that DARKFEVER is not a paranormal romance so that they are not surprised by the direction of the novel. This is not a happily-ever-after book but rather a dark and perhaps even a bit disturbing look at the shadowy world of the Fae. Good and evil are often intertwined and it is difficult to tell friend from foe in this world. Karen Marie Moning does a superb job at creating contrasts in DARKFEVER. These contrasts emphasize the disturbing nature of the Fae. At one point, Mac is referred to as a Rainbow and her bright viewpoint on the world highlights the horror of the shadowy corners where the Fae lurk. Jericho, on the other hand, is a complete enigma and this reviewer is looking forward to see what Ms. Moning has in store for his future. DARKFEVER will be greatly loved by fans of dark or urban fantasy. Karen Marie Moning does a splendid job at crafting a world guaranteed to send shivers down your spine. Mac is a character readers will want to learn more about as she stumbles her way through learning her heritage and her abilities. Well done, Ms. Moning! COURTESY OF CK2S KWIPS AND KRITIQUES
Copyright © 2020 Thriftbooks.com Terms of Use | Privacy Policy | Do Not Sell My Personal Information | Accessibility Statement
ThriftBooks® and the ThriftBooks® logo are registered trademarks of Thrift Books Global, LLC