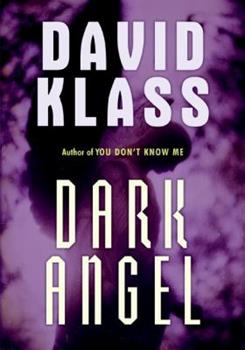 I don't know if you've ever held a secret so powerful that it could make someone you love stop caring for you in the blink of an eye. If you ever find yourself in possession of such a secret, you might be braver or more honest than I was. You might come right out with it at the first opportunity. Here it is. I think you have the right to know this. Now I've told you everything. Do you still love me?

Published by Thriftbooks.com User , 13 years ago
wow. i read the reviews and summaries and thought: 'creepy'. To hear whats it like to have a convict in your own home-especially when it is a family member-sounded interesting. Troy is a convict that just got out of jail. when our star character (Jeff)'s older brother Troy moves in with the family, he wants nothing to do with him. Jeff puts a new lock on his bedroom door but locks are not enough to keep Troy out. when one of Jeff's teammates that he was having problems with goes missing, he thinks Troy did it. Troy does show that he is capable of fighting when he starts a fight with the teammate that goes missing later. the book does not give us clear answers to the mysteries. i believe there is no hope for a sequel. the ending kinda sealed the deal. i found myself still thinking about Troy and his creepy personality days after i gave the book back to the library. if you like creepy, unorthodox books, read this one. you can pick it up in a library easily.

Toxic Son - Hang on, it's Gonna Be a Bumpy Ride!

Published by Thriftbooks.com User , 16 years ago
Jeff, 17 dreads the day his 21-year-old brother Troy is returning home. Troy served 5 years in a New York State penitentiary for murdering a classmate. Troy's infamy and history of violent, erratic behavior acted as a toxic substance in the family and Jeff suffered fallout from his brother's bad reputation. Troy's homecoming is somewhat anticlimactic. Their father's friend, Walter Smith hires Troy as a bag clerk at his grocery store. A genuinely kind and fair man, Smith believes in giving people chances and, in an amazing show of faith allows Troy access to the cash registers. Smith's son, nicknamed "Smitty," is much like his father - a big, gentle boy, he cries over the plight of loggerhead turtles, dolphins, fish and other marine life. He has a heart as big as he is. Jeff has a lot to contend with. After years of keeping Troy a secret, he reluctantly disclosed Troy's existence and the family secret to his girlfriend, Beth. This results in her father forcing her to break up with Jeff. Jeff's English teacher, a brilliant man whose scientific career was derailed by an insensitive professor encourages his pupils to ponder philosophical issues. A progressive man, he insists his pupils shoot for the stars. It is plain he cares a lot about his pupils. Jeff and his classmates play an especially cruel prank on a vulnerable student who never forgives them. Once the cat is out of the bag, the boy who'd been tricked attacked the prankster, which resulted in an act of violence. Jeff, too is targeted for violence when his teammates beat him in the shower after another classmate goes missing after a run-in with Troy. Troy, meanwhile is noxious gas in the family. He brings suspicion into the house; he is at the top of everybody's short list when Jeff's classmate disappears. The local police hound the family and finally, Troy moves to a neighboring town. In time, Jeff finally goes to visit Troy. He unearths facets of Troy's personality that he never knew existed. In spending a day with Troy with some hair raising experiences, Jeff decides that walking on the wild side is not for him. As he leaves Troy yet again, he discovers clues that lead him down an very dangerous path. This is a very intense and serious book. There are parts that might make you cry. The natural kindess of Walter Smith and his family are especially moving and the story's close is sure to bring tears to the eyes. This is definitely an author to watch out for - this is one very cutting edge book!

Published by Thriftbooks.com User , 16 years ago
"The links between brain chemistry and behavior reveal problems facing research in social and political science if the life sciences are ignored. An estimated 11 million American children take Ritalin and many others exhibit ADD, ADHD, or other learning disabilities. Over 83 million Americans take Prozac, Zoloft and other medications for depression or other psychological conditions, including seasonal affective disorder and sexual addiction. More directly related to politics, environmental toxins such as lead, cadmium, mercury, arsenic, or manganese can damage the brain and increase risks of criminal violence and other behavioral problems. These empirical observations are relevant to public policies in education, criminal justice, or health care, and indicate the need to reconsider theories of human and social political behavior. To do so, however, is impossible without a detailed knowledge of human biology." --BIOLOGY AND POLITICS: Linking Nature and Nurture by R. D. Masters, Department of Government, Dartmouth College. "My parents went to get Troy in our SUV. It was a Saturday and they left early in the morning. It would take them till about noon to make it to the prison, and I figured they would be home with Troy before nightfall. "I didn't go. I didn't need to make an excuse or offer an explanation--I just said that I wasn't going, and they didn't press me. "I figured I would see him soon enough. From our front porch, I watched my parents walk across our front lawn toward our blue SUV. My mom was all decked out for the reunion in a yellow dress, pumps, and carefully applied makeup. I wondered if while she had been applying her eyeliner and lipstick, she had been conscious of the fact that she was on her way to a state penitentiary. "My poor mother. When she reached the SUV's door, she turned and waved to me once, and there was such tension in the simple gesture that I wanted to go give her a hug and beg her to stay here with me, and not subject herself to this ordeal. My mom is a tall woman, just an inch or two shorter than my dad. She's had a problem with nervous tension over the past few years, and she's on medication to help her stay calm. "I could tell by looking at her eyes that she hadn't slept a wink the previous night. I wondered how many pills she had taken that morning." Seventeen year-old Jeff Hastings used to live in Upstate New York with his parents and his big brother Troy. But the family was totally ostracized by their community--and Jeff seriously beaten up--after Troy was arrested, tried as an adult, and convicted of plunging a seven inch knife into a classmate. Troy received a life sentence for the crime. The family has made a new start in a small town amid the New Jersey pine barrens. Jeff has a beautiful girlfriend Beth, lots of friends on the soccer team where he's a backup wing, and the reputation for being a good guy. But after five years in prison Troy is being released on a technicality and coming back to li
Copyright © 2020 Thriftbooks.com Terms of Use | Privacy Policy | Do Not Sell My Personal Information | Accessibility Statement
ThriftBooks® and the ThriftBooks® logo are registered trademarks of Thrift Books Global, LLC