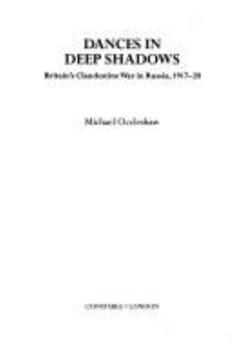 In 1917 the world was turned upside down by a popular uprising in Russia followed by a Bolshevik coup d'?tat. Suddenly the socialist revolution was underway. Capitalism was morally and materially exhausted by war, and history seemed to be on the side of communism at last. But as Michael Occleshaw brilliantly shows the clash between communism and capitalism was never as clear-cut as later historians claimed. Far from putting their faith in historical...

Published by Thriftbooks.com User , 13 years ago
"Intervention" is a rather sanitary word. We talk of family interventions to help steer addicts and alcoholics back to health. And we tout interventions (pre-emptive or otherwise) on the international stage as humanitarian efforts or actions in self-defense against perceived threats. But tack on an "ism" and the word takes on a decidedly negative connotation: "interference by one country in the political affairs of another" (Merriam-Webster). By becoming an "ism" - signifying a tendency or repetitiveness - it smacks of meddling and sticking one's guns in where one does not belong. Down through history, a country doing the intervening tends to see their actions as an intervention, while the one being intervened upon sees it as interventionism: Colonial America, Vietnam, Guatemala, Iraq, the Philippines, Chechnya, Lebanon... the examples seem endless. Indeed, in the four decades after World War II, the U.S. and USSR turned interventionism into a regular tool of Cold War diplomacy, interfering militarily in the political affairs of Third World states over 200 times - be it floating a battleship in a harbor to influence an election or lending troops and arms to train/support local forces in a civil war. It is also the case that intervenedupon countries tend to give the interventions more significance in their ongoing history than do the interveners. Often this is because they pay a much higher price. In this light, it is worth noting that few historians (George Kennan being a notable exception) have attributed proper significance to western interventionism in Russia's civil war. And, prior to Michael Occleshaw's comprehensive new book on the subject, historians might have been justified in this by a lack of data. Clearly it seemed that the intervention was relatively minor, aimed simply at protecting allied warehouses, supporting the Whites and encouraging a re-opening of the Eastern front. But history has a tendency to come uncovered, and Occleshaw has unearthed huge pockets of historical information that points to western, particularly British, intelligence services in the instigation, prolongation and deepening of Russia's brutal civil war. He also shows convincingly that western intervention in Russia's civil war spurred the growth and power of the western states' intelligence services and set the stage for a century of East-West conflict. Occleshaw further tears down the myth that western powers were primarily interested in bringing Russia back into the war, or that they were merely protecting their property. These were simply pretexts for the real goal, Occleshaw argues, which was turning Russia into a power hugely dependent - financially and otherwise - upon the West, which would provide a bulwark for Britain's empire in the East. Some readers will find this argument more convincing than others. Yet no matter the overarching theories, Occleshaw's account sheds light on a fascinating world of espionage and clandestine warfare. Pop

Published by Thriftbooks.com User , 14 years ago
This book recounts in often mind-numbing detail the secret war carried out within the Soviet Union from and after the First World War. It's an exciting tale, but is marred by being a bit top heavy with names. Despite that, the author tells a compelling tale, and anyone seriously interested in this period of history in Eastern Europe will want to read this book.

Goes beyond most histories of the era to examine the complex, interconnected political interactions

Published by Thriftbooks.com User , 15 years ago
DANCES IN DEEP SHADOWS: THE CLANDESTINE WAR IN RUSSIA 1917-20 provides the setting of 1917 Russia, when a Bolshevik coup set the stage for socialism and vanished a capitalist structure in the country - but it goes beyond most facts in examining the underlying influence and sentiments of the Bolsheviks, who used an alliance with Germany to protect their regime and destroy the opposition to their plans. DANCES IN DEEP SHADOWS goes beyond most histories of the era to examine the complex, interconnected political interactions of Russia with other countries, adding in new information to reveal elements of espionage, subterfuge and manipulation. When added into the picture, these elements go farther than most in explaining the rise of socialism in the country.
Copyright © 2022 Thriftbooks.com Terms of Use | Privacy Policy | Do Not Sell My Personal Information | Accessibility Statement
ThriftBooks® and the ThriftBooks® logo are registered trademarks of Thrift Books Global, LLC