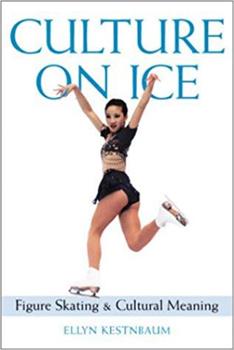 Figure skating is one of the most popular spectator sports in the U.S., yet it eludes definitive categorization. In this engaging new book, Ellyn Kestnbaum examines figure skating from multiple perspectives: as sport, as performance, and even as spectacle, guiding the reader through both the technical aspects of skating and the sometimes convoluted rules of figure skating competition. By careful readings of skating events at the 1994 and 1998 Olympic...

Published by Thriftbooks.com User , 16 years ago
An adequate and fair history of the art of figure skating from its origins to the present. One aspect I found troubling was the book's committment to viewing the art through the eyes of feminist "gender identity" theory. I'm not sure what an introduction to post modernist feminism contributes to a book about figure skating. Another shortcoming is the author's occasional fade into modern academic jargon that borders on gibberish. Consider the following gem of a sentence from page 259: "The conflicting codes of both "feminine" objectification and "masculine" agency in the person of the same skater provide a potentially empowering tension in symbolic identification with a position that is neither purely powerless nor purely powerful, blurring the either/or dichotomy of a structialist reading into an androgenous both/and." What is missing here is basic writing skill. I really bought this book for the picture of Michelle Kwan on the cover, Still I learned a fair amount about the art of figure skating from reading it.

Figure skating gets the respect it deserves

Published by Thriftbooks.com User , 19 years ago
_Culture on Ice_ is the first skating book I have bought in more than two years. It is also the first skating book where I actually learned something in every chapter and started to think about skating in ways that hadn't occurred to me.Even though it's an "academic" book, its contents and message appeal to skating fans universally. The first two chapters are heavy on theory and may present some difficulty for those unfamiliar with academic theories of meaning, but they're worth sloughing through. (I think you could even get away with skipping them if you really can't get through the language.) Chapter three onward should be relatively smooth sailing for any confirmed skating fan with the caveats that the language is academic and the sentences are long.The research is meticulous, and the chapter notes are full of exciting hidden gems of amazing detail. The technical appendix and suggestions for further reading alone would be worth the cover price for anyone looking to gain a more comprehensive understanding of the sport._Culture on Ice_ is successful as a work of theory, a work of history, and an appreciation of all who contribute to figure skating. Kudos to Ellyn Kestnbaum for taking figure skating beyond coffee-table-book status and establishing a framework for future critical analysis of the sport.
Trustpilot
Copyright © 2022 Thriftbooks.com Terms of Use | Privacy Policy | Do Not Sell My Personal Information | Accessibility Statement
ThriftBooks® and the ThriftBooks® logo are registered trademarks of Thrift Books Global, LLC