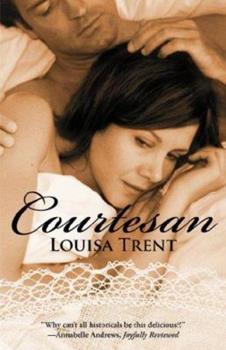 New York 1883 With her deceased father's creditors pounding at the door, starvation imminent, and nothing left to lose, eighteen-year old Sarah Winslow signs a note to excuse her indebtedness. Little... This description may be from another edition of this product.

Published by Thriftbooks.com User , 12 years ago
I can see there are a lot of people who don't like this book. But I can only say that I am glad I didn't read the reviews first. Because then I wouldn't have bought it. I liked that it started in the whorehouse. That we didn't have to go through all the tedious story at first about how she got there (same ol like always). When she is there, she is a true survivor and adapts to the situation she is in. Don't wallow in self pity. The only thing I will agree to is that se did forgive him easy in the end. But otherwise fantastic.....

Published by Thriftbooks.com User , 13 years ago
Sarah Winslow is forced into prostitution by Sebastian Turner, a man obsessed with bringing about her downfall and ultimate humiliation. All this stems from a deep seated desire for revenge as he considers Sarah's father responsible for his mother's plight. Despite his consuming need for vengeance. he is eaten up by a burning desire for his victim who is unaware of his machinations in contriving her total dependence on him but ironically enough considers him to be her saviour. The hero is tortured enough to be redeemed, and remorseful enough not to be despicable. If you read these books for what they are , namely escapist women's fiction and not literature, then you'll enjoy a highly erotic, well written story which ,unlike most of its genre, kept me engrossed enough to read to its end. If you find explicit sex scenes offensive then this book is not one I would recommend as it is wrought with them.

Published by Thriftbooks.com User , 14 years ago
When her wastrel father dies leaving eighteen year old Sarah Winslow in debt and without resources, she innocently agrees to a loan that will pay her father's creditors and save her from starvation. When the loan comes due, Sarah is unable to pay. As the terms of the loan were vague, Sarah is horrified to learn that she must repay the full amount of the loan by working in a brothel, as a prostitute. Unbeknownst to Sarah, her fall from society miss to courtesan was planned by the brothel owner, Sebastian Turner. Sebastian has hated the Winslows for eighteen years because of his mother's abandonment, scheming to ruin Sarah's father Michael, and to own all of Winsolw's property, including the enticingly innocent Sarah herself. Something Sebastian has now accomplished. Owning Sarah, making claim to her virginity, Sebastian has all he ever thought he wanted. But he finds that having Sarah for his personal sex slave is not enough. Can Sebastian put aside his plans for revenge and let himself love Sarah as she deserves? Why can't all historicals be this delicious?! Bondage, domination, and intensely erotic sex make this historical romance unique. Wonderfully so! I'm afraid Louisa Trent's Courtesan has ruined me. How will I ever again read a vanilla historical without picturing beautiful golden bondage bracelets? The characters are wonderfully drawn, the plot well-written, but what makes this book outstanding is it's intensity. I shivered. I bit my lip. I clenched my fist. I wanted. I love it when a book does that to me. If you like historicals, and romance with a bite, you will love courtesan. Annabelle reviewed for Joyfully Reviewed

Published by Thriftbooks.com User , 14 years ago
The story is actually really interesting. The scenes are explicit. At first you hate the male protagonist, but you slowly begin to understand him and why he does what he does. My heart went out to the female protagonist. However, she is strong and resilient. Great book!!!

COURTESAN contains the perfect blend of innocence and sensuality.

Published by Thriftbooks.com User , 15 years ago
Sarah Winslow was forced to sell everything in an attempt to pay the creditors and still couldn't cover them all. Left with no choice, Sarah signed a note for a loan naively selling herself into the hands of an exclusive brothel. With her love of botany, Sarah had hoped to earn a living and pay past debts by gardening, the patrons of the gaming establishment had offered garden designing commissions, but each of the offers fell through. Sebastian Turner had sworn vengeance on Sarah's father after he wronged his mother and himself. Slowly he's obtained his goal and everything that was once Michael Winslow's now belongs to Seb, including his daughter, Sara. Savoring his victory should have left him euphoric, instead he feels sorry for Sara and can't abide the thought of another man touching her. Eighteen years ago, Sebastian had swallowed his pride and returned for help, to the man that had wrongly used and then discarded his mother. His mother had consumption and Sebastian believed that seeing Michael Winslow would give her the will to beat the disease. Instead, Mr. Winslow refused, and Seb's mother died a week later. Seb slowly improved his position in life but never got over the feelings left from his childhood or his sorry beginnings. Having finally obtained everything that once belonged to Michael Winslow has given him a sense of satisfaction. Tonight, his plot will be complete when he's the one to deflower the virginal daughter of his dead opponent. After rescuing Sarah from the man she refers to as the "eel," Seb realizes that she'd be able to see right through him and know he's not whom he's pretending to be. Following her out into the gardens, Seb finds Sarah highly agitated and not at all receptive to his overtures of friendship. She's perfectly aware that it's all a ploy. It's to be her first night as a whore and having already been groped by the "eel" Sarah wants to sink into her precious gardens and for the rest of the world to go away. Sarah uses her uppity, snotty attitude as protection. Pride is all she has left now and she wraps it around herself like a cloak. Seb suddenly taking an interest in her garden however puts them in her comfort zone and she animatedly enjoys sharing her knowledge of gardening with him, while dejectedly wondering why all the commission offers fell through. As a con man, Seb knows exactly how to put Sarah at ease, and soon finds himself enjoying her company while anticipating the activities still to come that night. Will Seb be able to follow through with his plans for Sarah? Or will they each find the love and acceptance they both need? COURTESAN contains the perfect blend of innocence and sensuality. Sarah's practical nature leads her to read about the various forms of sex in order to perform her job, but nothing prepares her for the overwhelming need for Seb's brand of dominance. Seb and Sarah are both hurt and lonely, both at the hands of the same man. Sarah simply wants a man
Trustpilot
Copyright © 2022 Thriftbooks.com Terms of Use | Privacy Policy | Do Not Sell or Share My Personal Information | Accessibility Statement
ThriftBooks® and the ThriftBooks® logo are registered trademarks of Thrift Books Global, LLC