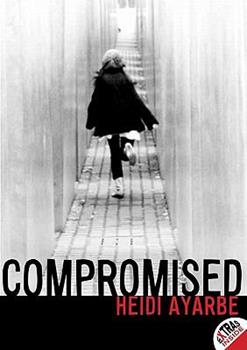 Maya's life has always been chaotic. Living with a con-man dad, she's spent half her life on the run. Whenever her father's schemes go wrong, Maya finds a scientific way to fix it. But when her dad ends up in prison and foster care fails, Maya grasps at her last hope: a long-lost aunt, who may not even exist. So Maya formulates a plan, and with two unlikely allies and twenty dollars in her pocket, she sets off in search of this aunt. Life on the streets,...

Published by Thriftbooks.com User , 11 years ago
Searing, potent and unflinching, Compromised is a uncharted look into life on the streets and what it means to be pushed aside by society. Torn between her love of her father and her anger at being betrayed by him, Maya finds herself thrust into a world unimaginable to anyone not in it. Though her life has been less than ideal, she would easily take the cons and quick escapes to an orphanage. Maya is a reverberating character, holding a powerful mix of courage and fear. Her character dynamic and progression is painfully realistic with her initial reactions to becoming a warden of the state to her decision to leave and try on her own. Holding a certain level of naivety, Maya's struggles are undeniably believable. Despite her anger at her father, she is unable to turn her back on him completely. Many of her reactions are wrenching to read but pull out the true nature of this story. With her penchant for science and a constant need to develop a hypothesis and procedure, Maya's character is pitched in a unique way. Though she has a large vocabulary, her school intelligence is not likely to cause a dissonance with readers. Sick of being passed around to foster families that don't care, Nicole goes with Maya. Their companionship is both endearing and entertaining, the two tied together by a tragic cause. With nicknames understood only in context, they forge a friendship seen by the reader before the girls recognize it. The softer sides of both shines through, lurking beneath the forced rough exterior they must have to survive not only in foster homes and orphanages but on the streets as well. With an affliction for mobsters, much akin to Maya's science obsession, Nicole's character is as strongly defined and developed as Maya's. Strengthening the overall effect more, the banter between these two provides relief from the overall dark air of the book. Further along their way, the two girls find a young boy also living on the streets. His character is as noteworthy, memorable and heartrending as Nicole and Maya, all three pulling the reader's compassion and emotions. With his own quirks and habits, Klon adds a strong dynamic to the girls, mixed further with his unique way of viewing things. He tugs Maya and Nicole between being motherly towards him and their own obligations to themselves. The battle between putting themselves first and helping the group comes up often, interspersed with their growing desperation to survive and the things they are willing to do to make it happen. In a society where people on the streets, young and old alike, are written off and ignored, Compromised will pitch a jarring look into the other side. How wrong is stealing, when a cheap bag of cough drops could mean the difference between a night of pain and some sort of relief? How hurt is the diner who's stuck with a bill for some pancakes and coffee when it means some homeless teens have food in their bellies for the day? These questions and more are thrust forward in Com

Published by Thriftbooks.com User , 11 years ago
Maya loves science. She approaches every situation first with a "hypothesis" and then a plan of action. Her life is filled with situations that need her attention. Raised by a single father after her mother's suicide, Maya has been shifted from place to place as her father has "hustled" to make a living for them. He was caught in his last con-game, and now he's in prison and Maya has become part of the system. As the newest resident in the orphanage, Maya's latest "hypothesis" is focused on escape. She puts her plan into action when she learns she may be headed to live with an odd, overly-religious family. Her brief visit with them made her extremely uncomfortable, and she knows she doesn't have much time before she could be living with them permanently. She packs her few possessions and, following her father's vague instructions, heads back to the last place she called home to find a box of her mother's things that supposedly holds valuable information about an aunt who might be her last chance for a real home. Maya is joined by Nicole, another resident from the orphanage. Not long into their journey, they meet Klondike, a homeless street kid with a disfiguring burn and Tourette's syndrome. Together they begin the search for Maya's aunt. Life on the streets is tough. The three leave Reno behind by hitchhiking and bumming rides however they can. The little money they have doesn't last long, and as hunger sets in, they resort to raiding dumpsters and shoplifting. They sleep on the streets and try to warm up by stopping in libraries as Maya tries to gather information about her only surviving relative. Author Heidi Ayarbe does not glamorize life on the streets. Her story of Maya and friends is bleak and without much hope. Readers will be driven to read out of morbid curiosity as they observe the downward spiral of the three travelers. COMPROMISED gives insight into the increasing problem of the homeless and the sad fact that innocent children are among them. Reviewed by: Sally Kruger, aka "Readingjunky"

Published by Thriftbooks.com User , 11 years ago
This is Ayarbe's second YA novel. and the author has been honing are craft. It's always been just 15yr old Maya's and her dad a con -man. Maya has a mind for science, using hypothesis, to outline ways to keep her dad from getting caught. This time there is no getting away. Maya's dad is sent to prison and she's placed in orphanage.After Maya meets her potential foster parents she decides to runaway. Maya's searching for an aunt she's never known and is not 100% sure exist. Maya's plan to go it alone is changed when Nicole, a girl who has always been in the system follows. The two walk and hitchhike to the state Maya's aunt may or may not be in. Maya formulates hypothesis that read like journal entries. Nicole is still with me. I never really thought seh'd actually go through with it - running away for real. It's unlike her previous patterns of sticking around and waiting to be found. That's the thing about humans - highly unpredictable variables. I have to construct a new hypothesis, change the materials and variables. And that irritates me, because even my purpose has to change. Maya's is book smart. Nicole can keep them safe and feed on the street. The two had the worst luck finding places to spend the night. "I sigh. It's like we're doomed to share our sleeping arrangements with druggies. From the smell of things, we might as we have been lying on a bed of smoldering pot." After Maya and Nicole feel each other talking becomes easier. I'd call what Maya and Nicole had conversations not dialogue. Ayarbe's has written a wonderfully realistic well layered novel. I loved Compromised, especially the ending, which Ayarbe crushed.
Copyright © 2020 Thriftbooks.com Terms of Use | Privacy Policy | Do Not Sell My Personal Information | Accessibility Statement
ThriftBooks® and the ThriftBooks® logo are registered trademarks of Thrift Books Global, LLC