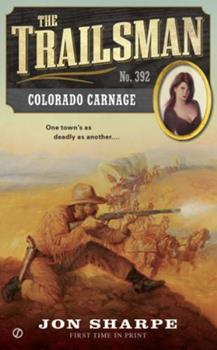 One town's as deadly as another... Fargo can't say no when the oddball citizens of the near-dead boomtown of Lodestone offer him a small fortune to guide them on a two-day trip to a new home over the mountains. But when there are two separate attempts to gun him down, the Trailsman realizes that somebody doesn't want the people of Lodestone going anywhere--except six feet under.