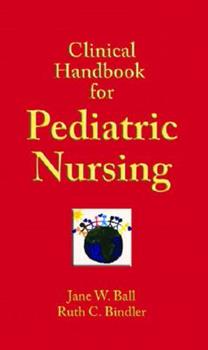 Provides information on growth & development, vital signs, and assessment information specific to the care of children in the community or hospital, such as dosage calculations, pain charts, immunization schedules and an overview of primary conditions organized by body systems.

Yo ho ho, and a bottle of rum!

Published by Thriftbooks.com User , 14 years ago
Treasure Island is perhaps THE classic pirate's tale. Robert Louis Stevenson, the author, created a rich story of adventure and treachery on the high seas all seen through the eyes of a boy named Jim Hawkins. Jim starts off as the son of tavern owners in a humble little port village. When an old seaman stays at the tavern, trouble soon follows him in the form of a pirate crew seeking revenge. I will not give away any more specific plot points, but events move forward to a great treasure hunt, treachery, and a surprisingly engaging story for adults as well as children. Jim Hawkins is the hero of the story and he's a good lad with a stout heart. Long John Silver is the real star, however, and his character is a fascinating character study in moral ambiguity... or perhaps a study in amoral perfection. The pirate language is good and thick but this edition has plenty of notes to help you decipher some of the references that have become too obscure for today's readers. The plot moves along very briskly with no wasted scenes. In short, Treasure Island well deserves its status as a beloved classic. It's a story of suspense and adventure that can be enjoyed at a child's level, but has substance for adults as well. I would recommend without reserve it to virtually anyone.

Tops the Stiffest Yarn to Nothing!

Published by Thriftbooks.com User , 16 years ago
I had already tried reading my copy of this book when I was far younger, but I was not as avid a reader as I am these days. Recently, parted from my copy, I picked up an old nondescript hardcover of Treasure Island at the library to complete the book in its entirety. I found the first half of the book highly enjoyable, one that I recalled warmly as I re-read it. But as the book progressed, I was astounded at how difficult the reading was becoming; the pirate slang and their use of strange metaphors obviously grew proportionate to the amount of pirates in the scene. In one of the few moments of humor, the hero Hawkins even says, "`Well,' I said, `I don't understand one word that you've been saying. But that's neither here nor there[...].'" The dialects makes the book that much more realistic; in my mind, however, I wonder if children reading this book fully comprehend it, or were they simply smarter in the 19th century? After spoiling myself with easy modern thrillers, I had to hunker down and really concentrate my efforts in trying to understand the subtext. The rough slang slowed my reading down greatly, but increased my enjoyment. And, of course, having finally completed the book and knowing the true story, my re-read in a few years will be thrice as good! In 1881, while vacationing in Scotland, Stevenson painted an island with his stepson which became the inspiration for the novel. He soon wrote 15 chapters, and completed the rest in Switzerland at the rate of one chapter a day. It was finally published as an entire novel in 1883. Stevenson throws together goods that have become legendary in pirate lore: Pirates with fantastic names, like Captain Flint, Billy Bones, Black Dog, Pew, Israel Hands (based on the real-life member of Blackbeard's crew), and the now-infamous Long John Silver, himself with a parrot on his shoulder; a single treasure map that has three red crosses (designating two piles of treasure, one pile of arms); a beautiful schooner that's put through its paces; a 23 member crew (excluding Jim Hawkins, Doctor Livesey, and Squire Trelawney), most of whom become gentlemen of fortune; mutiny; double-crosses; the shanty "15 men on a Dead Man's chest/Yo ho ho and a bottle of rum"; the notorious Jolly Roger; spirits, superstition, and lore; and even a skeleton or two. Treasure Island actually refers to the fictitious Skeleton Island---perhaps an inspiration for the children's book The Secret of Skeleton Island (1966)---, a sweltering jungle in the day and eerily submerged in mists in the early mornings. A strange coincidence I found led me to some interesting finds. Stevenson named an anchorage point after the pirate Captain Kidd. In 1935, Harold T. Wilkins published a book entitled "New Facts about Mysterious Captain Kidd and his Skeleton Island Chests," in which can be found one of Kidd's treasure maps. Two years after Wilkins's book was published a treasure hunter found an uncanny resemblance between this "Skeleton Island" and

Published by Thriftbooks.com User , 21 years ago
I am dumbfounded by the reviews that my peers have given Treasure Island. This book is a masterpiece of children's literature. It has everything one could hope for: action, intrigue, pirates, buried treasure... What more does it need? I, too, read the novel for my class, but it did not put me to sleep at all. Instead I couldn't put it down and had to read by flashlight after my Mom made me turn out my lights. It was incredible. Long John Silver is a creepy guy! As for the other reviewers who are my age, I hope you adults do not judge my generation by their ignorance and unwillingness to accept anything without man eating dinosurs. Treasure Island is an excellent novel.

One of the best novels ever written.

Published by Thriftbooks.com User , 21 years ago
Simply put, this is an excellent book! I didn't read it until I was 37, but it was worth the wait. I certainly would not classify this as a children's book at all. In fact, I strongly suspect that the few negetive reviews this book has received here have been due to children being forced to read it in school. My view is if you force a child to read anything, he's going to hate it. The fact that the book was written over a hundred years ago, when people talked very differently than they do today, and novels were written very differently also, spells disaster for anyone expecting a child to understand it, let alone like it. That aside, this is still a wonderful book full of adventure with descriptions that are vivid only if you have a vast vocabulary. If you can get through the first chapter, it gets easier and it's definately worth the time and effort to read. I loved it and plan to read it again very soon. Do yourself a favor and ignore any negetive comments you've seen about this great book. Read it and then judge for yourself.

Published by Thriftbooks.com User , 22 years ago
How can you even review the ultimate pirate book of all time? I read it when I was 9 and loved it. I read it again when I was 34 and loved it again! (Actually, I read it several times between, as well.) Long John Silver is arguably one of the most Macchiavellian characters you will ever find between the covers of a book. (I'm mainly reviewing it to raise the average rating. Anyone who thinks this book is boring has to have a screw loose!) From the arrival of the mysterious Billy Bones, to the attack on the inn, to the sea voyage, to the mutiny, to the battle for the island, to the treasure hunt, even to the final fate of John Silver, this book is a stunning rollercoaster of suspense and adventure! I'd give it ten stars if I could. Here's a bit of information you other readers might enjoy: the meaning of the pirates' song--Fifteen men on a dead man's chest Yo ho ho and a bottle of rum!The real-life pirate, Edward Teach (Blackbeard the Pirate) once marooned 15 of his men on a small island named Dead Man's Chest. He put them ashore with no weapons, equipment or supplies--just a bottle of rum.
Copyright © 2020 Thriftbooks.com Terms of Use | Privacy Policy | Do Not Sell My Personal Information | Accessibility Statement
ThriftBooks® and the ThriftBooks® logo are registered trademarks of Thrift Books Global, LLC