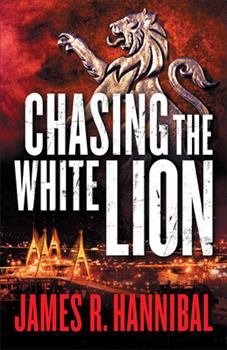 (Book #2 in the Talia Inger Series)

Young CIA officer Talia Inger has reconciled with the man who assassinated her father, but that doesn't mean she wants him hovering over her every move and unearthing the painful past she's trying to put behind her. Still, she'll need him--and the help of his star grifter, Valkyrie--if she hopes to infiltrate the Jungle, the first ever crowdsourced crime syndicate, to rescue a group of kidnapped refugee children. But as Talia and her elite team of...

This book is in short, the BOMB!! You will feel yourself running right along with the team of darede

Published by thegirlwithhernoseinabook , 1 year ago
Wow. That explains Talia Inger's life perfectly in one word. Fast cars, helicopters, a close group of friends, a infinite bank account. What more could a girl want? Peace, that's what. Talia is an ambitious, undercover CIA officer with shadows in her past she's still trying to forget. She's become a Christian, she's forgiven the one who caused her grief, but she still doesn't feel closure. A case unsolved just doesn't set right. Meanwhile, she's got a more pressing matter on her hands. During a fire in the Thai jungle, thirty four children disappear, and it's up to Talia and her team to find out why. Was it simply a natural disaster, or was something criminal afoot? This book will keep you breathless, on the edge of your seat, running and sweating right alongside the team in the battle for justice. I truly do hope this is only the second book in this series with many more to come. It's completely language free, which is refreshing, and most unlike any book I've read.
Copyright © 2020 Thriftbooks.com Terms of Use | Privacy Policy | Do Not Sell My Personal Information | Accessibility Statement
ThriftBooks® and the ThriftBooks® logo are registered trademarks of Thrift Books Global, LLC