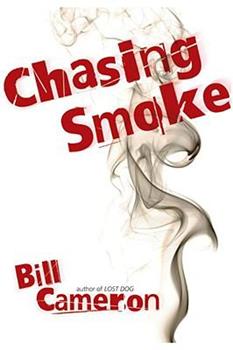 (Book #2 in the Skin Kadash Series)

This description may be from another edition of this product. Portland homicide detective Skin Kadash just wants to survive cancer treatment so he can get back to work. But when his partner tries to drag him into an unofficial investigation of a series of...

Put Your Life on Hold

Published by Thriftbooks.com User , 11 years ago
This remarkable piece of Portland (Oregon) noir tells the story of homicide detective Skin Kadash, facing his own death sentence from cancer as he finds his way into a murder case that won't hold still, a series of murders in which all the victims were on the guest list for a dinner months before the first death -- and all were patients of Kadash's doctor. It's impossible to not to accept Kadash completely; I got unusually close to him, and felt deeply for him as he struggled with the case and his ailment. One of the problems with being a writer is that you keep seeing the springs and levers, but Cameron only gave me a man struggling to do the right thing, when everyone -- even his own body -- is trying to stop him. I read this in two sittings, but it would have been one if I had started any earlier than 11 PM. Cameron is a writer whose work I'll seek out.

Published by Thriftbooks.com User , 12 years ago
The main reason I liked this book so much was because the main character and narrator, Skin Kadash, is one of the most intriguing characters I have come across recently in a novel. He is so flawed, so self depricating, so frustrating, that the reader has really has nowhere else to go but to like him. He is a character you love to hate, hate because he is so much of a pain in the you know what. Good story, good mystery, but most of all good characters. Enjoy.

Another Great Read from Bill Cameron

Published by Thriftbooks.com User , 12 years ago
I thoroughly enjoyed Cameron's first novel, Lost Dog, and looked forward to his second book, Chasing Smoke. I was not disappointed. For me the heart and soul of this book was not the murder plot, but the character of Skin Kadash, the detective being eaten away by cancer. In Chasing Smoke (a wonderful and appropriate title, by the way), we not only get to follow Skin's thought process as he untangles the deaths of a group of cancer patients, but his struggle, both emotional and physical, with his own illness. Well done!

Published by Thriftbooks.com User , 12 years ago
Bill Cameron is a master when it comes to characterization and description. I'm scratching my head over the PW review, because I loved the main character, and I loved the premise of a detective battling cancer while trying to solve a series of crimes. Skin Kadash is tough and thoroughly likable in a Hawkeye Pierce sort of way. Excellent police procedural.

Published by Thriftbooks.com User , 12 years ago
I was lucky enough to get an advanced reading copy of Bill Cameron's Chasing Smoke several months ago ... and the book has haunted me ever since. A chilling, completely original premise--what if fellow clients of your oncologist are dying under suspicious circumstances?--that lays bare psychological and physical vulnerability in a darkly elegiac and beautifully written fashion. Expert character study, almost unbearably suspenseful pace, evocative Portland setting, and textured, realistic detail. This book is a masterwork, building on the promise and success of Cameron's first noir crime novel, Lost Dog. Read Chasing Smoke ... you'll find images lingering long after you've finished the novel. Hollywood, are you listening?
Copyright © 2020 Thriftbooks.com Terms of Use | Privacy Policy | Do Not Sell My Personal Information | Accessibility Statement
ThriftBooks® and the ThriftBooks® logo are registered trademarks of Thrift Books Global, LLC