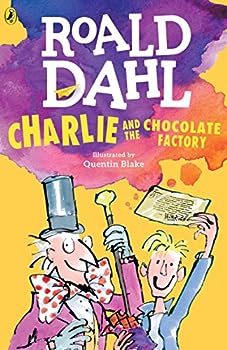 Charlie and the Chocolate Factory

(Book #1 in the Charlie Bucket Series)

by Roald Dahl and roald_dahl

Willy Wonka's famous chocolate factory is opening at last But only five lucky children will be allowed inside. And the winners are: Augustus Gloop, an enormously fat boy whose hobby is eating; Veruca... This description may be from another edition of this product.

A blast to read!

Published by Ipagirl , 2 years ago
I have only ever seen the movie but I read this to my 5 year old in 4 days it’s so much fun and we both super enjoyed it! The copy that I received is absolutely perfect the spine wasn’t even cracked and it said very good condition when I bought it I would say it was brand new! Thanks for the fantastic book!

Bought this for my youngest, who wanted to hijack the library's copy

Published by Evey , 3 years ago
My youngest first adored the Tim Burton version of the movie, and then because my husband said he loved the version with Gene Wilder, she insisted on watching that many times. Out of curiosity one day I checked the book out from the library to see which version was truest to the book, I read it to her and it is now one of her favorite books. I first read it to her when she was about two and a half, now she is four and was so happy I bought this for her. I enjoy reading it to her. My other daughter loves James and the Giant Peach, which I plan to purchase from here. Roald Dahl is a family favorite of ours.

The fabulous book of Charlie and the Chocolate Factory

Published by Thriftbooks.com User , 16 years ago
This book is fantastic it is about a very poor boy named Charlie Bucket. He always goes to school with out a jacket because they don't have money to buy Charlie things. The setting of the book is an unnamed city; small wooden house on the edge of a great city,a fabled chocolate factory. The conflict is five children who have found golden tickets compete to see who will take over Mr. Wonka's chocolate factory. It all started when the newpaper announces that the Wonka chocolate factory will hide five golden tickets in the Wonka chocolate bars. Charlie desperately hopes he will find a golden ticket. The problem is that each year he gets a chocolate on his birthday, and he doesn't have money to buy one. Charlie father loses his job and the poor family is on brink of starvation. Charlie finds a dollar bill on the street, and before he tells his mother, he goes to buy two chocolate bars. One of the bars contains the fifth golden ticket. Charlie and his Grandpa Joe go to the Wonka Chocolate Factory. When the are finally there Mr. Wonka tells everybody to be careful,and not touch any thing from the factory. Then Augustus Gloop falls into the hot chocolate river while attempting to drink it, and gets sucked up by one of the pipes. Veruca Salt is determined to be a bad nut by nut judging squirrels who throw her out with the trash. Violet Beauregarde grabs an experimental piece of gum and chew herself into a giant blueberry. She is removed from the factory. Mike Teavee shrinks himself and his father has to carry him out in his breast pocket. So Charlie is the only one that is left in the factory. Mr. Wonka tries to find a person that would keep the chocolate factory. Mr. Wonka decided to give away his factory because he is too old. Then he decides that Charlie is the one who will run the factory exactly the way he has always run it. Finally Mr. Wonka congrarulates him for winning the entire factory for himself and his family.

Published by Thriftbooks.com User , 17 years ago
We had my daughter's birthday party seeing Charlie and the Chocolate Factory. I used this in the kids treat bags. It was a great tie-in and encouraged reading. Eleven 9-year olds loved it and laughed all the way home!

Published by Thriftbooks.com User , 19 years ago
What kid wouldn't love to tour a chocolate factory that no one had visited for several years? What kid wouldn't want access to secrets held by the greatest candy maker ever?What kid wouldn't want to embark on a wild adventure and meet the amazing, Willy Wonka?I can't think of one who wouldn't! :-)I know I would love to do all of those things and I'm not even a kid anymore... well, I guess I'm a kid at heart.Charlie and the Chocolate Factory is an amazing book. I was first exposed to this story by my 3rd grade teacher, as a whole class read aloud. And from that day forward, I was a lover of the writings of Roald Dahl.I have since read this story every year of my teaching career to my own classes. And I can honestly say that I have not found a class yet that has not loved the story of Charlie's amazing adventure! This is one of the greatest books ever written for children... and I really mean that!Roald Dahl introduces us to the Bucket family, an unfortunate family who struggles to survive on the money Mr. Bucket makes as a toothpaste cap screwer. One day Mr. Bucket is laid off from his job and the family begins to starve. One member of the family, little Charlie, struggles to subsist on bread and cabbage soup. Poor Charlie finds himself starving to death, when one day he finds a dollar in the snow and his whole life changes. With this dollar Charlie buys a candy bar just to fill his stomach and gets so much more than he could ever imagine. Charlie becomes the 5th child to find a golden ticket and with it, has the marvelous opportunity to visit Mr. Wonka's chocolate factory.At the factory Charlie meets up with a most wild assortment of characters:* Augustus Gloop: A large boy who loves to eat more than anything in the world. His uncontrollable appetite leads him to a sticky end.* Veruca Salt: A spolied rotten young lady. Who is prone to terrible tantrums when she can't get what she wants. Her greed leads her to a messy exit.* Violet Beauregard: An incessant gum chewer who chomps and chomps her jaws day in and day out. Her insatiable desire for gum leads to her chewy end.* Mike Teevee: A crazy Television addict, whose love for TV sends him zipping through the stratosphere.* The Oompa Loompas: A group of melodic factory workers who work for Mr. Wonka, and act as a chorus in a greek tragedy. Their silly songs are one of the many highlights of this book.* Mr. Willy Wonka: The enegmatic ruler of a chocolate universe. He has more secrets and surprises than we could ever hope for.I highly reccommend this book for kids from 0 to 99! It is a nice read aloud for younger children, at an appropriate independent reading level for 3rd through 5th graders and can easily hold the attention of an adult. Read this wonderful book you will not be disappointed!

Published by Thriftbooks.com User , 21 years ago
Charlie and the Chocolate Factory is an awesome book. It is a ripping yarn full of interesting twists and turns. It is about a poor boy named Charlie Bucket who lives in a little house on the outskirts of a big town with his parents and his grandparents. He lives near Wonka's fabulous chocolate factory and is very excited when Mr.Wonka announces that he will be letting five people in his factory and giving them each a lifetime supply of chocolate. The tickets in are hidden in five bars of Mr. Wonka's chocolate. The first four ticket winners are obnoxtious brats. Will Charlie get the last ticket even though he is very poor? The inside of the chocolate factory is a child's dreams come true. Read the book if you want to find out what happened to Charlie. I very highly reccommend it to children of all ages, especially 10-13 (parents should read it too!).

Published by Thriftbooks.com User , 21 years ago
"Charlie and the Chocolate Factory" is one of the most wildly imaginative and dramatically appealing children's novels of the twentieth century. Simply put, kids love it. (Adults love it, too.) The premise of a poor starving boy who lives near the most wonderful and secretive candy factory in the world is inspired. Dahl has a skillful knack for making you want to read the next chapter. Once you meet the interesting characters such as Charlie's Grandpa Joe, and hear about the mythical Mr. Wonka, you are hooked. The pace accelerates as the world learns that Mr. Wonka will allow five lucky children into his secretive factory, if they happen to buy a candy bar that has a golden ticket in it. The winners are mostly awful brats - each one is presented as an example of how NOT to behave. There's something Dickensian in Dahl's wild wit and unabashed morals. But what of Charlie, our hero? How can he find a ticket when he can't even afford a candy bar? I won't give the rest away (there's much more to this plot), but suffice it to say that there are moments of pure excitement and fun throughout this book that will be remembered for a lifetime. And as a children's librarian, I urge you: please have your kids read this book instead of just showing them the movie version. Let them imagine it for themselves first.

Charlie and the Chocolate Factory Mentions in Our Blog 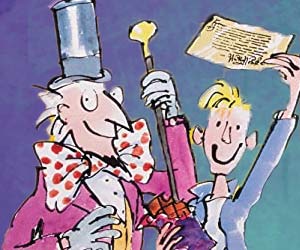 6 Famous Author and Illustrator Duos
Published by Beth Clark • November 26, 2018
When authors like Roald Dahl and Jon Scieszka pair up with illustrators like Quentin Blake and Lane Smith, the result is nothing short of magic that both parents and kids love to read over and over and over! (And over…)
Read Article 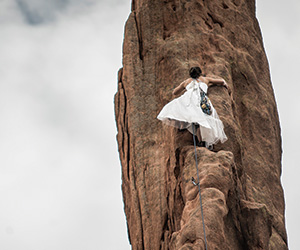 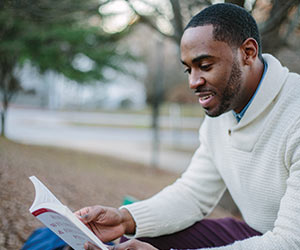 Life-Changing Books That You Need to Read
Published by Bianca Smith • January 10, 2018

What books changed your life? Maybe as a child, or later. Here are some that people told us changed their lives.