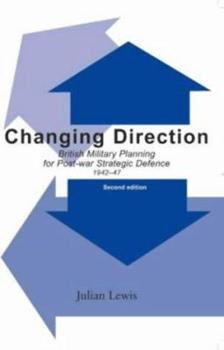 This volume records the transition from planning against any post-war resurgence of German and Japanese militarism to preparations against a possible threat from the Soviet Union. It charts Foreign Office resistance to consideration of even the possibility of Soviet hostility after the war. Changing Direction is likely to remain the standard work of reference on this period, both for scholars and for the wider public.