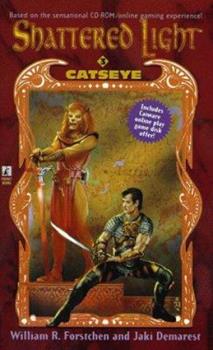 In the kingdom of Tycor, young Jain Riordan, an unwitting witness to the theft of the royal seal, enters into an uneasy alliance with the Furies to search for the thief, but Jain's own secrets could threaten Tycor's very existence. Original.

Published by Thriftbooks.com User , 17 years ago
I can't tell you how much I loved this book. I laughed out loud. The characters are three-dimensional and human, and funny. The ongoing banter is reminiscent of Dumas, and incredibly true to the spirit of what he wrote. Descriptions of the fights were excellent, and clearly written by a competent martial artist, swordsman (woman?) or both. Very insightful, and those insights have to have been reached by someone who's studied. The military descriptions were also fascinating and very detailed.Finally, there's much genuine wisdom to be found underneath the banter and the swordplay. "Anything worth doing is worth doing well." Good words to live your life by. A fun, compulsively readable book, and one you'll want to read over again later. These are the sorts of characters who will grow into old friends on the page.

Published by Thriftbooks.com User , 20 years ago
This book was one of the books I have enjoyed most. The detailed fighting was very interesting and the characters were really strong. The way the combat was written made it much more realistic than most of the books I have read. Even the fact that three of the main characters are giant cats does not detract from its realness(is that a word?).I enjoyed it despite the fact the plot was not its best feature. The characters were so good that I could not put the book down. The whole book itself was fast-paced and rich. It is one of my favorite books and I have read many. If you enjoy fantasy books full of action and good characters you have to buy this book.

A very good book from a little-known writer

Published by Thriftbooks.com User , 21 years ago
Catseye is one of the best books I've read in years, and I read about a book a day! The plot was well-formulated and we get a realistic (3-D) view of the characters. The plot seems well thought out and excuted, and action runs smoothly in every part of the book. During and after the battles, we see the characters personalities. It's not like "Me want kill, kill now?". The characters actually seem to have a life. Their weariness, sense of humor, and determination I could relate to and swear they remeinded me of friends I know. I loved this book from beginning to end and wouldn't hesitate to buy another book from the same author.

Very spell-binding you could say.....

Published by Thriftbooks.com User , 22 years ago
I felt the unique way of describing the battle scenes was great. There aren't too many writers who use actual battle terms. I also liked the use of rings for magic. Good job!
Copyright © 2022 Thriftbooks.com Terms of Use | Privacy Policy | Do Not Sell My Personal Information | Accessibility Statement
ThriftBooks® and the ThriftBooks® logo are registered trademarks of Thrift Books Global, LLC