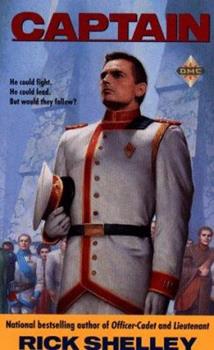 This description may be from another edition of this product. The year is 2804 AD. Humanity has colonized the universe. But the authority of the Confederation of Human Worlds is spread thin. Where the Army of planet Earth cannot reach, mercenaries must keep the...

What else can I say? WOW!

Published by Thriftbooks.com User , 22 years ago
Oh I love this series. Makes me want to go out and start my own mercenary corps. I was expecting something like hammer's slammers or The regiment series. I'd say it's a little of both. It's written so that humans are not perfect little beings of truth and love, who only use violence as a last act. These guys will fight for whoever pays them, and violence is the first action not the last, unlike the regiment series. On the other hand the DMC doesn't have unstopable machines of mass destruction, like hammer's slammers, or the bolo series. I like it. I also found it was somewhat similar to Chris Bunch's the last legion.

Published by Thriftbooks.com User , 22 years ago
Rick Shelly has created an interesting series with his tales of the DMC. I find that his detailed descriptions of combat situations, although some go into such minute detail as eating rations every few pages, they never drag on and add to the ability of Shelly to let you feel the "hurry up and wait" maxin of the military. Although there were few points that seemed improbable, this is fiction after all. When I rate books it is not based on, is it the Great American Novel, but does it deliver what it promises. If you enjoy Military combat stories combined with SciFi, the DMC series delivers.
Copyright © 2020 Thriftbooks.com Terms of Use | Privacy Policy | Do Not Sell My Personal Information | Accessibility Statement
ThriftBooks® and the ThriftBooks® logo are registered trademarks of Thrift Books Global, LLC