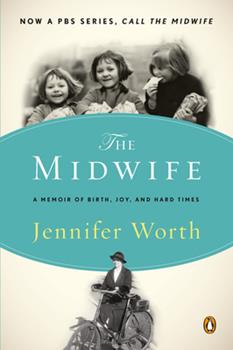 The Midwife: A Memoir of Birth, Joy, and Hard Times

(Book #1 in the The Midwife Trilogy Series)

An unforgettable true story, The Midwife is the basis for the hit PBS drama Call the Midwife At the age of twenty-two, Jennifer Worth leaves her comfortable home to move into a convent and become a midwife in post war London's East End slums. The colorful characters she meets while delivering babies all over London-from the plucky, warm-hearted nuns with whom she lives to the woman with twenty-four children who can't speak English to the prostitutes...

Published by Kay , 1 year ago
Such an enjoyable book to read. Her writing is easy to understand yet full of depth, and love.

Published by Thriftbooks.com User , 5 years ago
I really like the tv series of this book which is why I ordered it. I enjoyed reading and picturing the characters. Many of the chapters had been made into the episodes and it was nice to have some background information from both the book and the tv series to better understand what was going on.

Published by Thriftbooks.com User , 12 years ago
I loved this book, I bought the whole series and recommend them to anyone interested in transporting yourself to another place and time. It certainly makes me glad for the time we live in now! The characters are real and the books makes you wish you had the chance to meet them.

Published by Thriftbooks.com User , 13 years ago
Jennifer Worth's tale of her time as a midwife in the Docklands of London's East End in the 1950's reads more like a Dickensian novel from the 1850's. Early in the book, she explains that by the early 1960's, the East-ender Cockney culture and dockworker-dominated economy in this part of London came quietly to an end. Until then, this culture had sustained itself for more than 100 years with little change, highly insulated from outside influences. "The Midwife: A Memoir of Birth, Joy and Hard Times" is much more than a tale of delivering babies. It is a work of history and anthropology as well as a personal memoir. The chapter-by-chapter blend of all these elements is told by a woman with a keen eye to all that she saw and experienced. No detail escapes her sharp perception along with a skilled ability to weave these details into a cultural context. Each chapter is a story unto itself. The chapters roll up to an epic tale. Why did this culture end in the early 1960's? Worth offers up three reasons for this early in her book: loss of dockyard jobs; demolition of the tenements; and finally, arrival of the pill resulting in much smaller family size. Huge families were the norm in the Docklands of the East End in the 1950's just as they had been for many decades. Families typically lived in two or three-room tenements, some without running water and most without a bathroom. No one practiced birth control. Young people married young. Many of the tenement blocks were built in the 1840's and 1850's and those that surived World War II bombing had undergone little structural alteration in the years since. This was the type of living that would support a modest working-class family at a level that allowed a measure of dignity in an era that was still largely missing the social support systems and welfare culture that is Britain today. With rudimentary nursing skills, Worth affiliated with a church order that provided midwifery services to the women in families which fully embraced this culture. This was an era when most working-class women still gave birth at home rather than in hospital. The midwives performed essential services to people who would otherwise have gone largely without service at all. Most of their skills were the skills of midwives who learned by experience and mentoring not through academic or technical medical education. Her tale is also about what life was like at the nunnery and why she enjoyed the lifestyle and companionship much more than she ever could have had she been a nurse in a hospital. For a bonus, at the end of the book there is a fascinating appendix on Cockney language terms and expressions, their derivation and use. "The Midwife" is a well-told tale of what is now a bygone era. Five Stars!

Published by Thriftbooks.com User , 13 years ago
When I first heard about the book THE MIDWIFE: A Memoir of Birth, Joy, and Hard Times by Jennifer Worth, I just knew I wanted to read it. I have always been fascinated by the role of midwives in our history, and I thought the idea of the author living in a convent would be interesting. too While I was thinking that I'd probably like this book, I can definitely say that THE MIDWIFE far exceeded my expectations! This is a major aside, but it might help explain my interest in the profession of midwifery. I think women who choose midwives for their birthing option have amazing experiences. However, I have to admit that I didn't choose to go that route -- mainly because I am a major chicken and wanted an epidural. (In fact, when I was admitted to the hospital to deliver my first daughter and was asked about my pain plan, I told them DRUGS - early and often.) I find it very ironic that my daughter was actually delivered by a midwife because the doctor never made it to the delivery room in time! My husband and I agreed that the woman who delivered my daughter was a very supportive and inspirational person who made my delivery extra-special. Since THE MIDWIFE is a memoir, I was expecting it to be all about the author Jennifer Worth. I figured that this book would include information about how the author became a midwife -- the reason behind her decision as well as lots of information on her training, etc. However, much to my surprise, this book wasn't really all about Ms. Worth. Rather, the "memoir" was filled with amazing stories about the mothers (and others) that she encountered during her years as a midwife. In addition, I was surprise by how readable this book was -- there were so many touching stories as well as humorous ones that existed within the pages of this book. I just loved reading this book and learning about all of her patients' birthing stories. I definitely gained a huge respect for the value of a midwife in the lives of these people who lived in London's East End in the 1950s; however, what I also found was how brave and strong all of these women were who lived back then. Often times, these women were living in squalid and crowded conditions with lots (and lots) of children; and their husbands were little, if any, help. In addition, birth control wasn't really an option for most of these women. The way they balanced their lives and their families is absolutely amazing; and I found THE MIDWIFE to be a very uplifting story about the power of women! In addition to enjoying the stories about Ms. Worth's patients, I also really liked the parts of the book that took place in the convent. Because the author had worked as a nurse in the rigid environment of a hospital, she definitely appreciated the loving and caring nature of the nuns. I have no doubt that these nuns were just wonderful women with all the good they did for the families in London's East End. While I was touched by their actions, I also found myself laughing out load at the

You won't regret picking this book up! It'll be hard to put down.

Published by Thriftbooks.com User , 13 years ago
"Why did I ever start? Do I regret it?" Jennifer Worth asks herself in her memoir The Midwife. "Never, never, never. I wouldn't swap my job for anything on earth." Worth began her career as a midwife in the 1950s in the London Docklands. The Docklands were poverty stricken, dirty, and recently bombed during World War II. People lived in condemned buildings among rats, grime, and violence. Worth worked out of a Nunnery, providing prenatal care, delivering babies in their homes, and checking up on the moms and babies afterward. It was a busy life with highly unpredictable hours. One of the most memorable women in the book was Conchita Warren. Worth delivered two of her babies, numbers 24 and 25! The Warren family all lived together in a small London apartment. What was most remarkable--apart from the vast number of children--was the fact that Conchita spoke no English. Her soldier husband had met and married her in Spain and brought her home with him. "Quite suddenly, with blinding insight, the secret of their blissful marriage was revealed to me," Worth wrote. "She couldn't speak a word of English, and he couldn't speak a word of Spanish!" Some readers may be turned off by the subject, fearing gore, blood, and other unpleasant things often associated with birth. But this is one book you don't want to judge by its cover. The Midwife is, more than anything, the story of an amazing woman in 1950s London and the people she met. I recommend this book to anyone interested in history, motivating stories, or who just wants a good read. by Jennifer Melville for Story Circle Book Reviews reviewing books by, for, and about women

Published by Thriftbooks.com User , 13 years ago
What an interesting book! Ms. Worth spent a number of years working in London, and she shares her experiences in detail. Fast and interesting read.

Call the midwife : a true story of the East End in the 1950s Mentions in Our Blog 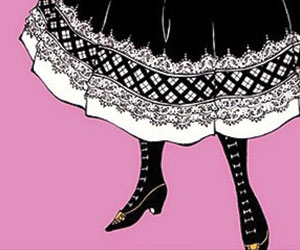