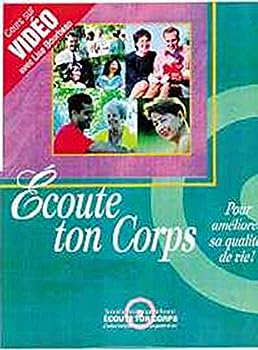 On August 19, 1418, a competition concerning Florence's magnificent new cathedral, Santa Maria del Fiore--already under construction for more than a century--was announced: "Whoever desires to make... This description may be from another edition of this product.

Published by Thriftbooks.com User , 20 years ago
Not many can lay claim to creating a result that is not only a first, proves that which was thought to be impossible was not, and to have their accomplishment remain as awe inspiring today as it was centuries ago. I read the soft cover version of this book so I don't know whether the hardcover offers the same photograph. The inside of the back cover shows the dome as it looks today, even after I had read the book and all the dimensions of the dome it described, the photograph still took me by surprise. The sheer scale of what was built is as breathtaking, as it is beautiful and audacious.The dome of Santa Maria del Fiore in many ways remains unmatched in the engineering feats that were accomplished with its construction. Modern technology and materials have created domes for sports parks that dwarf the span of the dome in this book, but none match it in beauty and none will stand for the almost 600 years this dome has stood.This is a fascinating story that does not require that the reader be an engineer. There are illustrations that show some of the methods used, and while the book would benefit from having many more, the layperson can grasp the immensity of the undertaking. Vastly oversimplifying what Brunelleschi accomplished was the construction of the largest span of open space with no interior support while it was being built, and a building that did not require the giant flying buttress appendages of cathedrals like Notre Dame in Paris. A dome traditionally was prevented from destroying the building it rose upon by the use of massive exterior supports. A dome by its nature pushes down and outward, no one have ever conceived a dome of this magnitude that could be constructed, much less be completed and remain standing for centuries.In addition, since none of the traditional scaffolding was in place Brunelleschi had to invent methods for raising countless tons of stone to the dome's starting point 170 feet above the ground, or approximately the equivalent of a 17 story building today. When the dome was completed a lantern that would require the raising of one million pounds of stone was to be raised over the opening, or oculus at the dome's highest point. The story of the dome is worth the book, however the author includes the history that took place while it was built, the politics, the wars, and the rivalries. A read most anyone would enjoy.

Assumes no prior knowledge of Renaissance times

Published by Thriftbooks.com User , 21 years ago
The focus of Brunelleschi's Dome is on Renaissance genius Brunelleschi, whose 1400 design revolutionized architecture, tells of a madman determined to achieve his controversial plan. Chapters paint a lively portrait of the man, his times, and the architectural design which would change the world. Leisure readers will find Brunelleschi's Dome as inviting as students of architecture, with a lively tone to the presentation which assumes no prior knowledge of either Renaissance times or architectural history.

New light on the history of a world famous building

Published by Thriftbooks.com User , 21 years ago
You'd think it was scarcely possible to write yet another book on Renaissance Florence, and yet produce something fresh, original and illuminating. But Ross King has done exactly this - and what's more he's chosen as his subject one of the most familiar, most studied - and most visited - buildings in Europe, Florence cathedral. Every guidebook says that Brunelleschi designed the dome, or cupola, of the cathedral, and that it's the biggest masonry dome ever built. But to learn how it was built, you normally have to turn to some pretty specialised works of art history. Ross King has drawn on these. But he goes much further, and brings the Florence of the first half of the fifteenth century, and especially the people engaged in building the great cathedral, tremendously to life. Brunelleschi himself is portrayed as an argumentative and moody man, with no doubts of his own importance. But he also emerges as one of the most imaginative and daring architects and engineers of any era. His dome is shown to be not just an artistic triumph, and one of the defining structures of Western architecture, but also a technical masterpiece, studied by architects to this day. In many ways this book reminds one of Dava Sobel's "Galileo's Daughter". The style is very different, and Ross King writes of Florence two hundred years before Galileo, but in taking such an original and captivating look at an apparently familiar subject, "Brunelleschi's Dome" stands comparison. Certainly if you enjoyed one, you'll like the other.

Published by Thriftbooks.com User , 22 years ago
Like Longitude, one of my most favorite books, Brunelleschi's Dome is a small gem. Author Ross King tells the story of the building of the dome atop Santa Marie del Fiore in Florence and along the way, treats you to a rich slice of Renaissance history. Much more than a great story (filled with details about everyday life in 15th century Italy, i.e. what they were eating, how they shopped, how bricks were made) this is a story of a man who used his intuition, faith and genius to propose a revolutionary method of building this famous dome. He used no wooden centering or flying buttresses which was totally radical for the time and he really had no way of predicting whether his plan would work or not. But it did and beautifully. If you're planning on visiting Florence, climb the steps to the top of the dome to see Brunelleschi's handiwork first hand. For example, he and his bricklayers used a unique herringbone pattern when laying the bricks that is clearly visible today. The story is also a human story. All the naysayers, competitiors, political enemies are here along with backbiting, and plotting. Brunelleschi himself had a wily streak and wasn't above lashing out at his competitors. One of the joys of this book is you actually feel like you're getting up each morning to see a day's work on the dome. And it's a very enjoyable way to spend some time. If you're interested, you can visit http://www.vsp.it/cupolalive/ and get a live view from atop the dome in Florence. A fascinating book.

Published by Thriftbooks.com User , 22 years ago
Anyone who has been to the ancient Italian city of Florence recognizes the big dome that dominates the city. It is atop the cathedral Santa Maria del Fiore, and is larger than the dome of the US Capitol, St. Paul's in London, or even St. Peter's in Rome. It was built before any of them, in 1436. The architect, Filippo Brunelleschi, solved many problems to produce the wonder. He did away with any central scaffold on which to build the dome, and his design for such machines as an ox-powered hoist were innovative and useful. 70 million pounds of brick, mortar, marble, and more were hoisted into the air. The dome gradually rose, while below it were plagues, wars, jealous arguments against Brunelleschi, and financial problems. The book is exciting as it traces the progress of the dome, and it brings out the personality of Brunelleschi well. It gives details of Renaissance life, such as guilds, food, transportation, and brickmaking. Fascinating.
Trustpilot
Copyright © 2022 Thriftbooks.com Terms of Use | Privacy Policy | Do Not Sell or Share My Personal Information | Accessibility Statement
ThriftBooks® and the ThriftBooks® logo are registered trademarks of Thrift Books Global, LLC