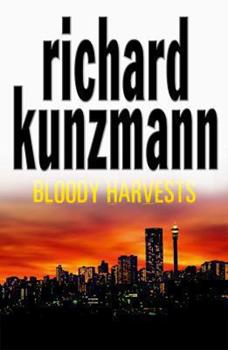 (Book #1 in the Jacob Tshabalala Series)

Even your soul isn't safe in death... On the outskirts of shimmering Johannesburg, Detective Harry Mason and his crew are summoned to a grisly crime scene. By all accounts, discovering the mutilated... This description may be from another edition of this product.

Wonderful insight into the dichotomies of life in South Africa

Published by Thriftbooks.com User , 13 years ago
Kunzmann's debut novel offers an astute view of the dichotomies that face South Africans every day. Set in contemporary Johannesburg, Kunzmann vividly travels between inner city, suburbia and township. At times he juxtaposes this with rural life. He shows us the tension between traditional African life, and modern, Westernised life, that many Africans have to struggle with everyday. Like his settings, his characters are real, and he does not succumb to easy stereotypes, rather showing the complexities of human nature.He captures the tender racial balances and differences, showing that it is not a homogeneous thing. but filled with nuances and subtleties that changes depending on the situation and the roleplayers. Extraordinary novel, and I've already started on his second, Salamander Cotton.

Published by Thriftbooks.com User , 13 years ago
This is absolutely essential reading for mystery/thriller fans. Set in contemporary South Africa, the novel manages to explore societal and personal tensions between blacks and whites as well as offering tantalizing glimpses of traditional African animist religions. Told in third person present tense, this book grabs with appalling, grisly details while exploring the personal demons which drive the two detective protaganists: one white, one black. Kunzmann goes for the jugular while not leaping into the fantastic. Albino, their target, sacrifices innocent chldren and his minions, believing that he doesn't answer to any social norms, but only his ancestors and his evil religious beliefs. Though he eventually escapes (perhaps to return in another book), most other ends are wrapped up tightly. This is altogether an amazing ride, one that will have readers up late into the night, only to then dream vile nightmares. A must read.

Published by Thriftbooks.com User , 15 years ago
In South Africa, even in the most modern of cities, practitioners of magic hold sway over the population. The ones who work for the benefit of their client are revered but there are some like the Albino that use the dark powers of the spirits to achieve their own ends. The Albino has built up an empire based on heroin and human smuggling and he performs mudi (organ) murders so he can harvest human organs for his spellcraft. When a black child's body is found in a ditch, it is easy to see it is a mudi murder because the heart is missing. Detectives Harry Morgan and Jacob Tshabalala are assigned the case. While Harry uses tried and true police methods, Jacob believes in the magic of his people. A major heroin bust disrupts the Albino's empire, causing him to commit crime against those that betrayed him. The Albino's empire is linked to the little girl's murder so it is inevitable that he will cross paths with Harry and the police many times. The case is broken wide open by a British reporter who identifies the top guns in the criminal empire. Harry begins to realize there is more to the world of spirits than he ever knew. The exotic locale and the supernatural beliefs of many people living in South Africa will give armchair travelers a thrill. It is fascinating to watch the metamorphosis of Harry from non-believer to believer. Both Harry and Jacob are well developed characters with demons they have to exorcise if they want to live normal lives. Richard Kunzmann's debut novel is a smash hit. Harriet Klausner
Trustpilot
Copyright © 2022 Thriftbooks.com Terms of Use | Privacy Policy | Do Not Sell or Share My Personal Information | Accessibility Statement
ThriftBooks® and the ThriftBooks® logo are registered trademarks of Thrift Books Global, LLC