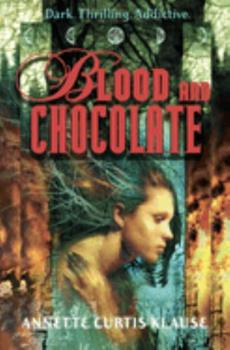 Vivian Gandillon relishes the change, the sweet, fierce ache that carries her from girl to wolf. At sixteen, she is beautiful and strong, and all the young wolves are on her tail. But Vivian still grieves for her dead father; her pack remains leaderless and in disarray, and she feels lost in the suburbs of Maryland. She longs for a normal life. But what is normal for a werewolf? Then Vivian falls in love with a human, a meat-boy. Aiden is kind and...

One of the Best in Werewolf

Published by Thriftbooks.com User , 3 years ago
If you're looking for a main character that radiates self confidence in everything she does, this is your book. If you want the same main character to embrace the darker sides of her human (meaning werewolf) nature, this is your book. I honestly wish there was a sequel because I just want to keep reading from her perspective. She may be apart of a male dominated society/culture but that in no way, shape, or form makes her view herself as lesser which is everything to me and more!

Powerful and unearths the primal truth in all of us...

Published by Thriftbooks.com User , 15 years ago
Vivian and her clan are loups-garoux, werewolf kind. She absolutely loves the feel of being a midnight creature, hunting and running under the moon. But in Maryland, where they dwell, is becoming too taxing for the health of the pack. Humans are everywhere, and when you have the Five, Astrid; the backstabber, and no leader, its very dangerous. Vivian ends up connecting to an open-minded artist named Aiden, and he loves her dearly, till she shows what she truly is. She is duality at its finest, but he cannot accept the fact and breaks up with her. Treachery, lust, love, and knowing oneself are themes in this book. The clincher and message is sometimes you cannot be with someone who cannot accept all of you. But chance comes along when the brooding and strong Gabriel becomes leader, he's obnoxious, but he proves to Vivian that her tale is close to his. He wants her. Maybe she'll realize that her need to feel accepted resides in the person she fears and despises most. I love this book! It took me two hours to read and the complexity of the themes had my heart racing. Vivian is the perfect semblance of beauty, strength, and sensuality. Blood and Chocolate impresses me because Annette makes werewolves seem so tangible. And that being so in touch with their primal needs and actions resides, though repressed, in all of us.

I would give it more stars if I could!

Published by Thriftbooks.com User , 16 years ago
This is one of my favorite books ever! I own it and I have read it at least 7 times. It is about 16-year-old Vivian, a "werewolf" who lives in a city with many other members of her "pack," including her mother and 5 boys who are her age that she used to be friends with but now are too rowdy for her. Her father, who used to be the leader of the pack, died about a year ago when the pack was living in West Virginia, and humans found out about them and set their Inn on fire where they worked. Vivian's father was trying to save everyone left in the building, and in the process he was killed. Now the pack has no leader, and everyone is quarreling about who the new one should be. Meanwhile, at Vivian's new school (I forget where they live now that they have left West Virginia), she has no friends, but she sees a poem in the school magazine about werewolves, written by a boy named Aiden. She falls in love with Aiden, but is it safe to tell him what she really is? Vivian tries to ignore her mother Esme, who says that Vivian should only date members of the pack. Vivian must choose between her human side (chocolate) and her wolf side (blood). Sizzling with mystery and romance, this book is definitely a must-read for every teenage girl, even if you are not into fantasy.

Published by Thriftbooks.com User , 19 years ago
I read this book because a friend suggested it, and since then I have read it twice. This book is incredible. The main character Vivian will make you think what it is like to be a teenager - even if you aren't a werewolf. This book is unusual in that Vivian can control her being a werewolf except during the full moon. The only other book that I have read about werewolves that has this is "Blood Trail" by Tanya Huff. Vivian's "pack" has moved to the suburbs after their farm was burnt down and their leader (Vivians father) died. In the suburbs there are constant fights for leadership, and Vivians mother must deal with the threat from a younger female. All that conflict is made worse when Vivian starts seeing a "meat boy". Vivian must decide whether or not to reveal her true nature to her new love - and she must also deal with the advances of the Five.Vivian was a character that became like an old friend. You completely enter her world of scornful teenagers and pack-rules of her family. Gabriel makes you love him and hate him in turn as he becomes Vivians hunter and protector. At times I was frustrated with this book because it seems as if the author was keeping a secret from you - only to have the story engulf you.I really enjoyed this book and recommend it to anyone with a taste for the unusual. If you enjoy this book then you should also try "Blood Trail" - which has a vampire as well as werewolves.

Published by Thriftbooks.com User , 20 years ago
_Blood and Chocolate_ is the story of Vivian, a young werewolf who meets a human teenager named Aiden and becomes infatuated with him, even though relationships between pack members and "meat boys" are looked down upon within the pack. Gabriel is the fascinating and dark leader of her pack, with definite animal magnetism and charm. He frustrates, irritates, and attracts Vivian, who is learning what it means to grow up through the course of the book. There's danger and darkness, romance and horror, a believable heroine and, of course Gabriel, who is quite thrilling and an incredibly sexy character. Very highly recommended.

Published by Thriftbooks.com User , 24 years ago
Much like the author's first book, The Silver Kiss (which was perhaps one of the best first YA novels ever published), Blood and Chocolate contains that same exciting mix of romance, teen angst and longing, and horror. But this title is even scarier, sexier, stronger, and "sassier" than The Silver Kiss. There are two stories here: both revolve around Vivian, a teen girl werewolf. In the first, Vivian falls in love with a boy at her school, Aiden, and wants to reveal her true self, her secret self, her wolf self to him. Like most other teens, Viv is struggling with her identity, hers complicated by human passion conflicting with animal instinct. In the second story, Vivian's family/pack is in turmoil as they relocate and choose new leaders. Within the family are rivals, allies, and enemies, none of whom Vivian has any real connection than blood. Her relationship with her mother is complicated by Viv's conflicting emotions of compassion and actions, like dating Aiden, of defiance. The two stories co
Copyright © 2020 Thriftbooks.com Terms of Use | Privacy Policy | Do Not Sell My Personal Information | Accessibility Statement
ThriftBooks® and the ThriftBooks® logo are registered trademarks of Thrift Books Global, LLC