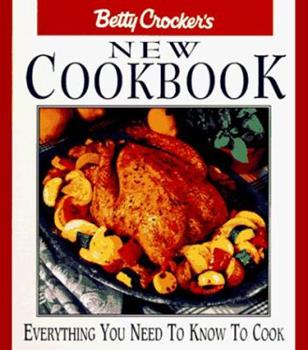 Betty Crocker's New Cookbook: Everything You Need to Know to Cook

The fully updated and revised edition of the cookbook that generations of Americans trust, with more than 375 new recipes--including for air fryers, multi cookers, slow cookers, and more--everything... This description may be from another edition of this product.

Published by RaisingWildlings , 1 month ago
About 100 pages are missing from the edition that I purchased so I am extremely disappointed with what I received.

Published by Bitty , 2 months ago
This edition has all the best of the Betty Crocker recipes, and I love to cook from scratch.

DISAPPOINTED and rethinking ordering any thing in the future.

Published by Elaine , 3 months ago
Ordered an older edition of the Betty Crocker cookbook as mine is falling apart. Description fit my issue - 480 pages with regular book binding. Received a notebook type issue that was supposedly only 400 pages. Already the wrong issue and then discovered that pages 129 thru 229 we’re missing. Missing pages were the salad/vegetables and bread/pasta/rice recipes.

Published by Parder Dade , 5 months ago
Looks like others are having the same problem. I ordered the 1979 edition spiral bound and received the 1986 hard bound. Maybe it would be good for a book seller to hire people who can read.

Published by Brit Brit , 10 months ago
I ordered 2 of the Betty Crocker 1969 edition cookbook that my mother grew up learning to cook recipes from and I. Turn myself. I did not receive what I ordered I received the 5th edition 1981 revised book that does not have the same recipes in it. Quite disappointed.

Published by Kay Summers , 1 year ago
I ordered four different Betty Crocker cookbooks and received two of the same. I ordered the book above; “new edition”, but received another “40th Anniversary edition”. Too much trouble to send back, but wanted you to know if mixup. Thanks!

Published by Elizabeth , 3 years ago
I lived my life with this cookbook and my daughter wanted a copy.

Published by Thriftbooks.com User , 5 years ago
Loved it a 5 star

Published by Thriftbooks.com User , 13 years ago
I ordered this book because I grew up using a Betty Crocker Cookbook. A few things were left out of the newer book that I miss, but for this most part, it has the basics I need. I can depend on the easy instructions and tasty results. A good cookbook for beginners and for forgetful people like me. I have a number of cookbooks, but this book probably gets more use than all the rest combined.

The book that launched an obsession for me

Published by Thriftbooks.com User , 22 years ago
This was my first cookbook (the 1986 edition). It was my prize for winning my 12th grade home-ec cooking contest. This is such a good, basic cookbook. Nearly every recipe I've tried from it has been successful and delicious. Even now, some 13 years later, I still turn to this cookbook regularly. It sparked an interest in cookbooks in me which grows each year. I read cookbooks like novels, and my collection is constantly expanding. Thanks in large to Mrs. Bucher and her gift of the Betty Crocker Cookbook. 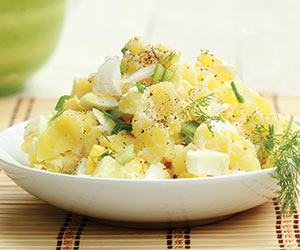 Barbecuing Is an Art Form, but Potato Salad Is A Religion
Published by Beth Clark • June 26, 2018