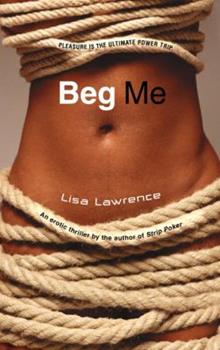 Good read, however needs to be streamlined.

Published by Thriftbooks.com User , 13 years ago
Ok this book was an adventure in a half, but in the beginning I found myself saying it better get good and soon. To me the way it was written seemed to have many thoughts going on in the very beginning however the writer did find her groove and the story and plot started to flow into a readable piece. All and all a good read. Teresa Knight is a freelance problem solver, not necessarily a detective. She takes on a "problem" from an old friend Ah Jo Lee where anything happens and anything goes. His sister was murdered and Teresa steps up to the plate to solve the "problem". She is given a generous expense account and travels from London, Thailand, New York and Nigeria picking up clues as well as a side case from Oliver a bookstore owner and former member of the Sarcophacan Temple of the Nubian Princes. He helps Teresa infiltrate the BDSM club only if she agrees to help him solve the murder of his father in Vietnam and the meaning of a "Bishop" marking found on him. After she's completed her task for Oliver she can now infiltrate the Temple, she is gladly taken in and broken to become a Princess, however Teresa does not stop there...she find out information on many of the members and what really is behind the Sarcophacan Temple of the Nubian Princes...even I was surprised. Not a vanilla read.

Published by Thriftbooks.com User , 14 years ago
When Teresa Knight takes a case, anything goes. So when her friend, Ah Jo Lee, summons her to Bangkok Thailand, to find out why his sister, Anna, is murdered, Teresa accepts the challenge. In order to find the answers, Teresa travels to London, New York and Nigeria and pushes her own personal boundaries in Lisa Lawrence's second erotica thriller featuring Teresa Knight, Beg Me. Teresa's research leads her to the Sarcophacan Temple of the Nubian Princes. This is an exclusive BDSM club and her way in is through her contact, Oliver. Oliver only agrees to help her infiltrate the club if she first finds out how his father died over forty years ago during the Vietnam War. Once this feat is accomplished, Teresa goes undercover as a Submissive at the temple. With the help of Sui, an undercover Chinese cop, Teresa is able to mastermind the downfall of the club and its leaders. However, not without suffering her own personal loss. Ms Lawrence had to have done extensive research in the areas of the Vietnam War, the infrastructure of corruption during wartime and in the chemistry of manufacturing drugs. The writing of these topics was very detailed and many times I found myself scanning these pages. The suspense of whodunit and if Teresa was going to get caught was what kept me reading. The scenes involving the BDSM action could be a turnoff for some, but they were not as graphic as I thought they would be. I did enjoy the book and would recommend it to a select few -- those who I know could handle the sexual content and like a good thriller. Jeanette APOOO BookClub