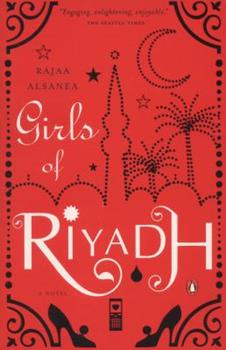 When Rajaa Alsanea boldly chose to open up the hidden world of Saudi women--their private lives and their conflicts with the traditions of their culture--she caused a sensation across the Arab world. Now in English, Alsanea's tale of the personal struggles of four young upper-class women offers Westerners an unprecedented glimpse into a society often veiled from view. Living in restrictive Riyadh but traveling all over the globe, these modern Saudi...

Published by N , 11 months ago
Loved it! Couldn’t put it down

Published by Thriftbooks.com User , 14 years ago
"Girls of Riyadh" is a fun, easy read that gives you a glimpse into the world of four Saudi girls. I think the takeaway from this novel is that girls are girls anywhere--be they Saudi or American, Muslim or Christian. We all long for love and happiness. We all go through heartbreak. We all have societal conventions and expectations to uphold, even those of us in the West. And don't worry, there's a happy ending for many of the girls. Buy this book for a fun summer read which just might humanize Saudi and Muslim girls in your eyes just a bit. Which isn't a bad thing, BTW. ;)

More then chicklit in a hajib

Published by Thriftbooks.com User , 14 years ago
Who among those of us in the West would have thought that four women in Saudi Arabia could go through so many of the same things that we do. Dreaming of the right guy, heartbreak and romance, professional aspirations. It's all in this extremely well written and highly enjoyable first book by a young dental student named Rajaa Alsanea. Written in the form of a weekly email to a listserv group, we become highly acquainted with this foursome, childhood friends from the upper class of Riyadh. Each woman is unique, and you'll soon become friends with each of them. Thank you, Rajaa, for your ability to transform women whom we often perceive as merely burka-bound beings into real human, feeling women! Hopefully, there will be time within your professional demands to either revisit these same women's lives, or delight us with a completely new story. But please keep writing!

A Room of One's Own

Published by Thriftbooks.com User , 14 years ago
It was Virginia Woolf in A Room of One's Own who made the observation that writing untainted by the bitterness and anger that accompanies unfair circumstances is the best way to write pure and unthwarted literature--thus best revealing that same circumstance. This was in reference to the enormous success of female authors such as Jane Austen and Aphra Behn because there is no detectable resentment in their writing as a result of the oppression they experienced as female writers during their lifetimes. On the same token, Rajaa Al-Sanea recounts the lives of these four Saudi girls of the upper class with similar simplicity, so that the reader is able to enjoy the narrative. On the one hand, most reviewers seem appalled by the condition of Saudi women despite the fact that women do not have equal rights in most of their own countries. Refreshingly, Dr. Al-Sanea's focus is not bemoaning women's status, but narrates from a twice-removed perspective: through the anonymous narrator who recounts the feelings of her protagonists. And in this way, the reader is struck by the constraints placed upon these women. Al-Sanea has been criticized for representing only a small percentage of Saudi women since her characters are of the upper class, but it should be noted that this is an accurate representation of their lives and that by writing about the more privileged and their grievances, Al-Sanea has paved the way for more literature--perhaps by herself!--to be written about the condition of Saudi women in other classes, in Bedouin tribes, in Buraydah, Jeddah, Ha'il and a whole host of situations and locations. The mere style of this book should be reassuring for an audience horrified by what they have read--the condition of the lives of Saudi women, the way these four girls conduct themselves, etc. The internet, albeit censored, is one of the channels that women can express themselves on a level more equal than pre-Internet times permitted. And I believe that to be another point in the story, women in Saudi Arabia are not allowing themselves to be helpless, they are using accessible forums to express themselves. It happens to be a part of reality that upper-classes everywhere have a louder voice. When literacy was unique to men of the privileged class and religious men, which perspective of history are we receiving? The very fact that this book has had such success even in Saudi Arabia (it is not even censored), despite the fact that the author is a talented female, reveals the changes going on within the kingdom. This book is yet another stepping stone towards awareness of the on-goings in this society closed to foreigners and I applaud the author for her initiative. Being a Saudi (Riyadh) born-and-raised American female (and no, my family was not affiliated in any way with the military or oil), I can say I was honestly thrilled and delighted by this book that sent me reminiscing for a `simpler' time in my own life. All in all, this was a bo

Published by Thriftbooks.com User , 14 years ago
Over half a century ago Mary McCarthy wrote "The Group," a perceptive and satirical novel on the lives of eight graduates from Vassar. The novel was widely acclaimed, in part for discussing numerous issues that had hitherto been taboo relating to the lives of upper class American women. Ms. McCarthy was applauded for the honesty and realism of her portraits, which covered a spectrum of aspirations, hopes, and in smaller measures, fulfillments. Ms. Al Sanea's book, "The Girls of Riyadh" is a similar chronicle of the lives of four upper class women in Saudi Arabia. Her style is updated from Ms. McCarthy's time, done in an e-mail format, which can be irritating, glib, or innovative, depending on your perspective. But the essential element is there: an honest, realistic examination of the lives of these women, and the adaptations to cultural norms that they make or defy. And in the end, about the same percentage of the women, American and Saudi, find fulfillment and happiness. Ms. Sanea makes numerous observations on Saudi society. For example: "Our Saudi society resembles a fruit cocktail of social classes in which no class mixes with another unless absolutely necessary, and then only with the help of a blender!" With this, as well as other comments, I found myself wondering how unique this is to Saudi society. America has far greater egalitarian pretenses, but socially is it not at least as stratified? There is a small cottage industry in the West which depicts the people of Saudi Arabia as bizarre, three standard deviations outside human norms. Ms Al Sanea's book is a wonderful, refreshing antidote to this standard Western view. In presenting her more realistic view of life, she has shown significant courage, and no doubt will endure the wrath of the religious conservatives of her own country - who, like the Hollywood of Ms. McCarthy's time, had their rigid standards of what issues could be discussed, and what must be hidden. Her book is a recommended read, and I look forward to reading her next one.

Banat al-Riyadh Mentions in Our Blog 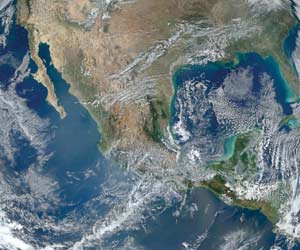 Curious What People Around the World are Reading? Us Too! Here is What We Discovered
Published by Beth Clark • December 27, 2018

Are you curious what people around the world are reading? Us too! So we decided to find out. Compiling the literary faves of 7 billion people is challenging, but we succeeded, and it's cool to see how united we are by what we're reading, in spite of our different cultures and languages. Think you can guess the world's #1 book? Keep reading to find out!