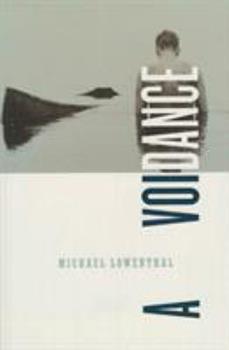 Jeremy struggles to write his dissertation on the Amish and the laws of expulsion. How does someone, excluded entirely from the only community they have ever known, live the rest of their life? After extensive interviews with Beulah--a young woman banished--Jeremy is no closer to understanding her choice than he is to his own peculiar exile. Camp Ironwood, set in the Vermont woods, is more than a summer distraction for restless adolescent boys--it...

Published by Thriftbooks.com User , 16 years ago
Absolutely outstanding. This novel is a work of brilliance on so many levels: unique, effortless prose without pretension; three-dimensional characters who deftly creep inside your mind; a beautifully constructed, poignant tale that is tense, powerful and thought-provoking. The sort of novel that is deemed 'controversial' and 'provocative' by the mindless masses, 'Avoidance' deals with the conflicts between love and reason; between sense and sensibility; between loyalty to the inner-self and the self that is presented to the outside world. A postgraduate student in his late-20s, Jeremy is Assistant Director at a summer camp for boys - a camp which he himself attended as a child. At first curiously asexual, Jeremy's passion and inner-conflict erupt upon the arrival of 14-year old Max at the summer camp. Brash, enigmatic and alluring, Max seduces everyone with his roguish charm and sweaty-adolescent sexuality (everyone orbits around Max, "as the sun from which they fear losing warmth"). Clearly, trouble lies ahead, and the tension mounts excruciatingly as Jeremy is tormented by his own desires - and those of others. The exceptionally apt background story (of Jeremy's term-time research into the Amish people, and specifically into those members who have been expelled by the Amish community) serves to illuminate the conundrum that he must now attempt to resolve: "Can you be loyal to your old self but also to the new? To outside laws and also inner ones?" This is the truly haunting aspect of the novel: its potential lose-lose scenario; the loneliness of the decision that must be made - and the complete absence of any possibility of compromise. An incredibly engaging work, (seemingly) effortlessly penned by a tremendously talented author, Michael Lowenthal's 'Avoidance' climbs easily into a small clique of novels (such as Rod Downey's 'The Moralist') that will quietly take up residence in a corner of your mind forever. Exceptional.

Beyond the First Person

Published by Thriftbooks.com User , 18 years ago
I felt for Jeremy, as through expert characterization Michael Lowenthal has brought him off of the page and into reality so that you feel that he's a living person, one you know and understand. The other characters were a bit more murky. I wondered if we were ever supposed to question whether Max, the young Tadzio boy on whom poor Jeremy is so crushed out, is actually telling the truth or lying when he accuses another counselor, Jeremy's friend Charlie, of molesting him. Jeremy accepts Max's word on this awfully quick. I expected a few more Kobe Bryant-style defenses from Charlie (and from Jeremy for that matter, who accepts this shattering revelation awfully quick for such a purportedly good "friend.") But, as Lowenthal cleverly reveals, Jeremy has had a long-ago buried grudge against Charlie from the days when they were both boys. Thus the question is moot (whether Charlie is guilty or innocent) and I would just say, look, if you don't want people to think you have an unholy interest in young boys, get a job somewhere else not in a boy's camp. At the end of the book, Jeremy is a sadder but wiser individual, implicated in the very machinations of society he had hoped to avoid. Every sentence, every paragraph of AVOIDANCE is alive with lived experience and with the joy of metaphor and seeing. Lowenthal has a poet's eye and can condense what one is seeing and feeling into a single enduring and striking image, so that at every turn we are diverted, thrilled and seduced by his language. Some readers may be put off by the ambiguity of a storyline that seems to contradict what its first person narrator seems so anxious to convey, but I applaud its daring and the courage of its author.

Ostracism and the Flesh

Published by Thriftbooks.com User , 19 years ago
The concept of Michael Lowenthal's Avoidance is, of course, to juxtapose two insular communities whose fears over the dangerous pleasures of the the flesh lead them to ostracize one of their own. These communities are the Amish, about whom the lead character Jeremy Stull is doing his post-graduate research, and a summer camp called Ironwood that has been part of his life since childhood. These blend nicely, though I have to admit I found the Ironwood thread more compelling and clearly central.In an atmosphere of Catholic priest scandals and Michael Jackson obsession, Lowenthal tackles the topical subject of man-boy love. Jeremy falls in love with troubled skaterboi Max, who is 14 and, like many his age, more sexually aware than we might assume. Max's mother is dying of AIDS, and his future looks cloudy. He skates by on punk brio and Manhattanite hipness, but he's vulnerable and confused underneath.When he's molested by someone who works with Jeremy, Jeremy reports the crime but wonders if the difference between him and the perpetrator, his close friend Charlie, is really so great.Meanwhile, his Amish friend Beulah has been shunned by her community. Other Amish characters let adolescent rebellion jeopardize their own membership. This novel soars on the strength of its believable characters whose psychological profiles have been clearly thought-out, including secondary ones like motherly tomboy Caroline and wizened detectives Peter and Mullen. Even more compelling is Lowenthal's prose, always on the edge of poetry, evocative and lovely as he describes what for many of us is highly nostalgic: the fireworks and ghost stories, the canoes and hikes of long loose-jointed days at a summer camp.Lowenthal also shows an element of self-destructiveness in his two parallel main characters, Beulah and Jeremy. If Jeremy were able to sublimate his lust for Max until a certain more appropriate age, what would be wrong with continuing their rich relationship? Why did he paint himself as a predator when, clearly, he was better than that? Beulah too had an out she didn't take. She could have joined her husband in leaving the Amish community, whose practice of shunning seems unnecessarily cruel. The book had me cheering for these outsiders but wishing they were more resourceful and self-confident.The book begins on a bright summer day, in a chattering crowd, and ends in darkness in loneliness in loss. It's a fall from grace story, a long requiem for the death of its main characters' loves and connections. But there is some happy news: Lowenthal has stepped beyond the pigeonhole of gay novelist into the bright company of today's finest writers.

The pain, beauty and complexity of desire

Published by Thriftbooks.com User , 20 years ago
Though timely in its examination of the social dynamics of the sexuality of minors and the ways society views sexual abuse, Avoidance offers much more. It is about social conventions and mores, and how relative they can be depending upon our environment and our upbringing. The Amish characters in Avoidance, cloistered in their world of absolute rules and boundaries, cast out members of their own families for failing to repent for transgressions that non-Amish people would consider to be minor infractions, if infractions at all. In the narrator Jeremy's world of the boys' summer camp, our ideas of desire, sexual identity and boundaries are put to the test, and the situational ambiguity of our conventional ideas of social responsibility and morality becomes evident. Far from advocating or trivializing intergenerational relations or abuse, Lowenthal forces us to take a hard look at the fine line between desire and the physical act. Is it wrong to desire a fourteen year-old as long as that desire goes unfulfilled? If the child's well-being is foremost in your mind and in your job description, is it still wrong to harbor fantasies about him? Where should the line between "victim" and "predator" be drawn? Indeed, are such narrow definitions always appropriate? How can a thought equal a crime? These are questions that, despite the ultimate answers--if any exist--are rarely asked or discussed. In Avoidance, Lowenthal captures the pain and the thrill of desire so completely, and he places the reader, through his first-person narration, squarely inside Jeremy's mind in such a way that you find yourself feeling the thrill of Max's flirtations, and almost hoping that Jeremy gets what he wants. And that's the beauty of the writing: it challenges you, before you know it, to see sexual desire in a completely different way. You surprise yourself, and make excuses and justifications for it before your socially-ingrained response--that this is "wrong"--kicks in. In fact, Avoidance is all about denial in its many subtle manifestations, and the lengths to which we will go protect others and ourselves from the pain that lurks beneath the surface of our everyday lives.

Published by Thriftbooks.com User , 20 years ago
Limning the bewilderments of being excluded from the sole community to which one is accustomed, Michael Lowenthal's new novel "Avoidance" entrances the reader with its complexities and utterly human core. Jeremy is a graduate student studying the Amish community and its concept of shunning those who break their strict religious codes. His own community will always be Ironwood, the all-boys' summer camp in Vermont where he's evolved from camper to counselor to assistant director. He falls under the seductive charms of a fourteen-year-old boy, who later accuses a member of the staff of molestation. Jeremy is forced to face not only his own sexual confusions, but also the dark secrets of Ironwood that he's struggled to forget and that will also chart his future path. "Avoidance" is a potent blend of masterful storytelling and arresting characters which will not leave readers unaffected.
Trustpilot
Copyright © 2022 Thriftbooks.com Terms of Use | Privacy Policy | Do Not Sell My Personal Information | Cookie Preferences | Accessibility Statement
ThriftBooks® and the ThriftBooks® logo are registered trademarks of Thrift Books Global, LLC