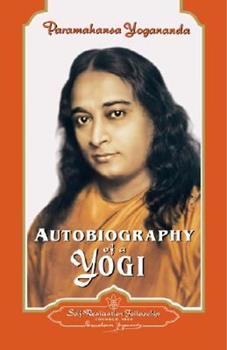 Autobiography of a Yogi

Paramhansa Yogananda was the first great master of India to live in the West for an extended period. Sent to America in 1920, he introduced tens of thousands of Americans to yoga. This is his autobiography.

Autobiography of a yogi is an exceptional documentary!

Published by Margaret , 2 years ago
This is the man who brought yoga to the United States. Most people will never know this beautiful soul that walked the earth with only love......you will want friends and family to enjoy this dvd with you! Enjoy

Published by Deanna Daffodil , 3 years ago
I first read this book in 1989. I revisit it every year. Its message offers the blessing of ineffable peace. Chapters 30 and 43 are my favorites.

Published by Thriftbooks.com User , 14 years ago
If you have a problem with some of what Yogananda describes in the book, like mind reading, talking to animals, etc., don't blame it on the book. Blame it on your paradigm. (See, I told you "Mission Impossible".) So, before you pick up the book, be sure and drop your baggage. Originally I borrowed it from a friend to read (thank you Judi), but bought a copy so I would be able to read it again. Being able to experience what living in this physical world is like through the eyes of a yogi is a once in a lifetime opportunity. He did so much and kept a low profile. My kind of guy. And, as if that weren't enough, how many Spiritual teachers, not to mention yogis, have a surf break named after them? (Swami's just below Encinatas, CA is named for Yogananda's gold domed temple on the cliffs above.)

Published by Thriftbooks.com User , 15 years ago
I read this book several years ago for the first time, after many years of reading somewhat similar and associated material. Since then I have heard and read so many accounts of what this book has done for people, and it's true for me as well. For so many it has been a launch vehicle into a kind of magical world of unlimited possibilities. A world where reality is not set in stone, but is a product of the individual. And limited only by the individual's willingness and capacity to hold more. And once you have entered this world there's no turning back, even if you tried, but you won't. However, this is a very limited review intended only for those who are ready and waiting to launch. This book is a long proven and reliable space ship....... P.S. at some point you may want to look up David Wilcock and James Gilliland.

Finally, a yogi with emotions

Published by Thriftbooks.com User , 16 years ago
Of all the books by and about spiritual leaders that I have read, this is the one I come back to again and again. Paramhansa Yogananda does not come from ego or judgment when he writes about his spiritual experience. He is not above feeling emotions such as grief and joy, nor does he believe that emotions are something to be surmounted or tamed. This is the only "saint" I have ever been able to digest and trust.

Published by Thriftbooks.com User , 16 years ago
Yogananda was one of the greatest spiritual figures of the 20th century -- we are very fortunate to have his autobiography! This book is full of wisdom. Whether you read it quickly, or decide, like some do, to take the time and try to gain a deep understanding of yoga, you are bound to be inspired. One of the wonderful things about Yogananda's writings is that they are so universal and accessible. Even my grandmother, an Episcopalian, is a big fan of his! This is one of those classics that can be appreciated by anyone who is open to true spiritual teachings, no matter their source. To me, this original, unedited edition is also especially powerful. It seems to more purely express what I like most about Yogananda. I highly recommend it!

Autobiography of a Yogi Mentions in Our Blog 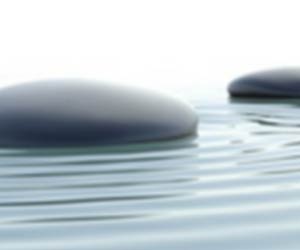 Transform Your State of Mind
Published by KA Scott • March 14, 2017

Dialing in the best possible you is a topic and practice that spans continents and decades. In these thought-provoking reads, you’ll get inspiration from some of the best-loved philosophers and holy people in the world on how to find happiness, success, and fulfillment—even how to maintain your sanity during turbulent times like we’re experiencing today.