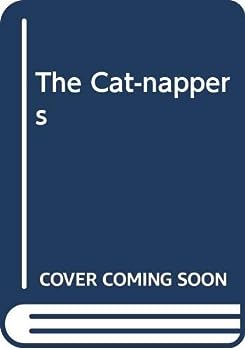 In Aunts Aren't Gentlemen Bertie Wooster withdraws to the village of Maiden Eggesford on doctor's orders to "sleep the sleep of the just and lead the quiet Martini-less life." Only the presence of the... This description may be from another edition of this product.

Published by Thriftbooks.com User , 12 years ago
This, the last Jeeves and Wooster tale, is a worthy swan song for Wodehouse's most famous characters. Also published as "The Cat-Nappers", the story revolves around Aunt Dahlia's plan to nobble a racehorse by kidnapping its feline companion. A forgetful African explorer and an unwelcome engagement further complicate Bertie's world just when his doctor urges him to adopt a more simple and relaxed lifestyle. This is the one Jeeves story I hadn't read and I've really been looking forward to getting my hands on this book. I wasn't disappointed. While it's not an indisputable masterpiece like "The Code of the Woosters" or "Joy in the Morning", it kept me giggling all evening. I know I say it in all my Wodehouse reviews, but if you are looking for smart humor and clever word play, look no farther than the Collectors Wodehouse series. Pelham Grenville Wodehouse is the master of English comedic literature. 4.5 stars.

Breaking the boundaries of silliness

Published by Thriftbooks.com User , 12 years ago
One morning Bertie Wooster wakes up to find himself covered with pink spots. His valet Jeeves advices him to go immediately to a doctor. Not being a person that ignores good advice Bertie catches a cab and gets on his way to Doctor E. Jimpson Murgatroyd. Suddenly his car gets invaded by the notorious Orlo Porter. Luckily Porter does not immediately recognise Bertie, because if he would, the day would not turn out that well. When his doctor advises Bertie to take a break and leave for the countryside, an adventure starts where Porter and an illustrious cat will play a major role. P.G. Wodehouse is known for his bizarre characters that are put in crazy situations. Aunts Aren't Gentlemen is certainly no exception to this. This book is the last one where Bertie Wooster and his faithful valet Jeeves play the main parts. Although the story itself almost breaks the boundaries of acceptable silliness, it gives cause to some quite entertaining confrontations. Of course Bertie gets tricked into doing things he was not intending on doing, but always seems able to make the best of it. Jeeves' actions are not that pronounced this time, although his few interventions are hilarious. And if you ever want to know why cats can make you win horse races, then this is the book to read.

Laugh Out Loud, As Usual

Published by Thriftbooks.com User , 13 years ago
It never gets tiresome reading about good ol bertie wooster and jeeves. This time, Bertie is on a trip to the country to heal his young man about town symtoms. Appearances by old friends, and of course, his aged relative (aunt dahlia) are a source of amusement to the reader. You've got wit and humor, as with all wooster books. Bertie talks to you, as with all his books, and his mannerisms are definitely stitch inducing.

Published by Thriftbooks.com User , 18 years ago
P.G. Wodehouse's best stories are invariably those that involve the butler Jeeves helping the scatterbrained and easy-living Bertie Wooster escape from the fickle hand of fate and his own pranks. Aunts Aren't Gentlemen focuses on Bertie being at the wrong place at the wrong time and being constantly in the soup because of what others do. He valiantly launches forward and needs less help than usual to remain the carefree bachelor about town. The Cat-nappers starts off innocently enough as Bertie finds himself with disturbing pink spots on his chest. Seeking out a physician's counsel, Bertie gets more than he bargained for when he bumps into Vanessa Cook (who had turned down his marriage proposal the year before) and O.J. (Orlo) Porter (former dorm mate at Oxford who favored left-wing causes) as they lead a protest march that stalls Bertie's car. Porter hops in the car to escape the Bobbies and sells Bertie some life insurance. Porter turns out to be in love with Ms. Cook and is very jealous of anyone who might have an interest in her. At the doctor's office, Bertie runs into Major Plank who had once tried to have Bertie arrested. Fortunately, Plank cannot remember who he is . . . but it's a narrow escape. The doctor tells Bertie the spots will go away, but Bertie's health needs are not being met. He suggests a trip to someplace quiet in the country. Naturally, Bertie thinks of his Aunt Dahlia and the wonderful meals he always enjoys when he visits her. But she's off visiting elsewhere. She does offer to take a cottage for Bertie so he can visit with her. Once there, things go badly downhill. Naturally, Bertie does it to himself to some extent. Ignoring Jeeves's advice, he takes a wrong turn and ends up with a nasty scare. From there, the complications build to their humorous conclusion as cat thieves, bettors, lovers, churchmen and angry horsemen blunder about in silly circles that provide much delight to the reader. Naturally, Bertie's always at the wrong place at the wrong time . . . but at the right place at the right time to make us laugh! One of the special charms of this story is that Bertie tries very hard to do the right thing . . . and finds it exceptionally difficult to do so. As the book ends, Bertie notes that the problems with the world boil down to the comment that "Aunts Aren't Gentlemen." Peace is what you carry with you.

Published by Thriftbooks.com User , 22 years ago
This book has to be on the funniest I have ever read in my life! P. G. Wodehouse is a genius when it comes to coming up with a good plot. I would recommend this book to EVERYONE!
Trustpilot
Copyright © 2022 Thriftbooks.com Terms of Use | Privacy Policy | Do Not Sell My Personal Information | Cookie Preferences | Accessibility Statement
ThriftBooks® and the ThriftBooks® logo are registered trademarks of Thrift Books Global, LLC