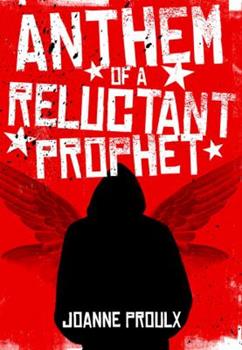 Anthem of a Reluctant Prophet

"Joanne Proulx's debut novel is an impressive literary feat. Anthem of a Reluctant Prophet is a pitch-perfect glimpse of that powerful yet paradoxically fragile moment in adolescence when the world is rushing at you and you are rushing at it."--Katharine Weber, author of Triangle "Proulx is . . . a talented inhabitor of people unlike herself . . . every new writer so blessed should be cherished."-- Toronto Star "A narrative rippling with the author's...

Published by Thriftbooks.com User , 11 years ago
Excellent book - well written - not a single boring page - would make a great gift for anyone especially a teen-ager. Looking forward to more books by Joanne Proulx! Highly recommend.

Hey, it's not depressing!

Published by Thriftbooks.com User , 11 years ago
I admit it. I thought this was one of those books like Schindler's List, where you read it because you're supposed to and you tell everyone it was good because it's supposed to be good, even if it leaves you so depressed you can barely function. I checked it out of the library as a sacrifice to the metaphorical gods of culture and good taste, whom I have greatly angered through the video games I have played. Turns out it's spiritual without being preachy, life-affirming without being saccharine, and just the thing to lift you from an emotional slump. The main character's the sort of stoned loser I always dismissed without a second thought, but the author made me see how he thinks and why he lives the way he does, and managed to convince me that in his own way he could be a hero--all of us could be heroes. Bravo, Proulx, and I can't wait to see what you write next!

Published by Thriftbooks.com User , 11 years ago
I adored this book. Picked it up a couple of weeks back at a sale - one of our stores imports mammoth amounts of stuff specifically for their sales; it has nothing to do with the quality of what's on offer - and I ripped through it in three days, doing two-thirds of it in one sitting on the last day. The story is incredible. The synopsis initially makes you think of something like Final Destination or something similar, but that's about where it all stops because Final Destination was about being scared of dying and trying to change fate whereas this is about someone dealing with the fallout of knowing people are dying and being sometimes unable and sometimes unwilling to change fate. The author has managed to encapsulate modern teenage life beautifully. I'm some way past seventeen, the protagonist's age in the novel, but I have dealings with kids who are around that age and I think she's spot on with it. Luke is misunderstood, but only to a point, and apathetic, but only to a point. She paints a very real portrait of a modern kid wasting away in a stagnant town. The story itself is Luke's narrative and comes across as his version of therapy, putting everything down in black and white to deal with it himself. His train of thought is simultaneously dark, comic, self-deprecating and self-important while still being brutally honest and downright brutal in itself. No punches are pulled. I was enchanted from the very first page to the very last line, through the journey of what might veer off into some sort of supernatural/sci-fi at any point but instead grounds itself in the emotions of a personality which was once strong but is now fragile and weakening daily. It is a spectacular first effort and I'm looking forward to the author's next work.

Published by Thriftbooks.com User , 12 years ago
The premise of the plot for "Anthem of a Reluctant Prophet" is well developed and well thought out. The real flaw comes in the presentation. At times, I found it hard to believe the book was written by a woman. Yet at other times, the author seemed too anxious to present the main character in proper context. For example, the constant name-dropping of rock bands seemed forced. In the overall picture, the debut novel is solid. Luke Hunter's problems begin when he predicts his friend Stan's death. With the conflicts between his parents, problems with friends and girls, and pot smoking are factored in to the equation, Hunter is a pretty average teenager. The predictions of other deaths torment him throughout the book as he tries to forge a relationship with his dead friend's girlfriend. Faith becomes a focus to Luke as his other friends drop out of the picture. And when Astelle, a girl Luke thinks is dead, enters Luke's life, it becomes hard to empathize with the main character. The angle of the story that draws Christianity into the story is a little uncomfortable. Particularly with other themes presented in the story, any statement making risks drawing away from the story. There is a lot to like about "Anthem of a Reluctant Prophet" as it is a quick read; though being written in contemporary teenager dialect makes the wording cumbersome at times. Yet most of the teenage dilemas explored in the book are not really are not that far from the average teenager.

Anthem of a Reluctant Prophet

Published by Thriftbooks.com User , 13 years ago
I loved this book. Luke Hunter is such a great character. It's amazing to me that this book was written by an adult woman. The teenage voice is totally convincing. This could be this generation's Catcher in the Rye.

Anthem Of A Reluctant Prophet Mentions in Our Blog 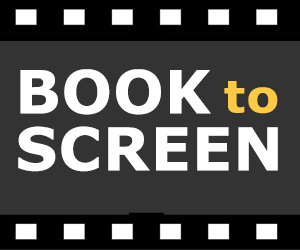